Unroe hit .407 and led the league with 10 RBI over the final week of the regular season 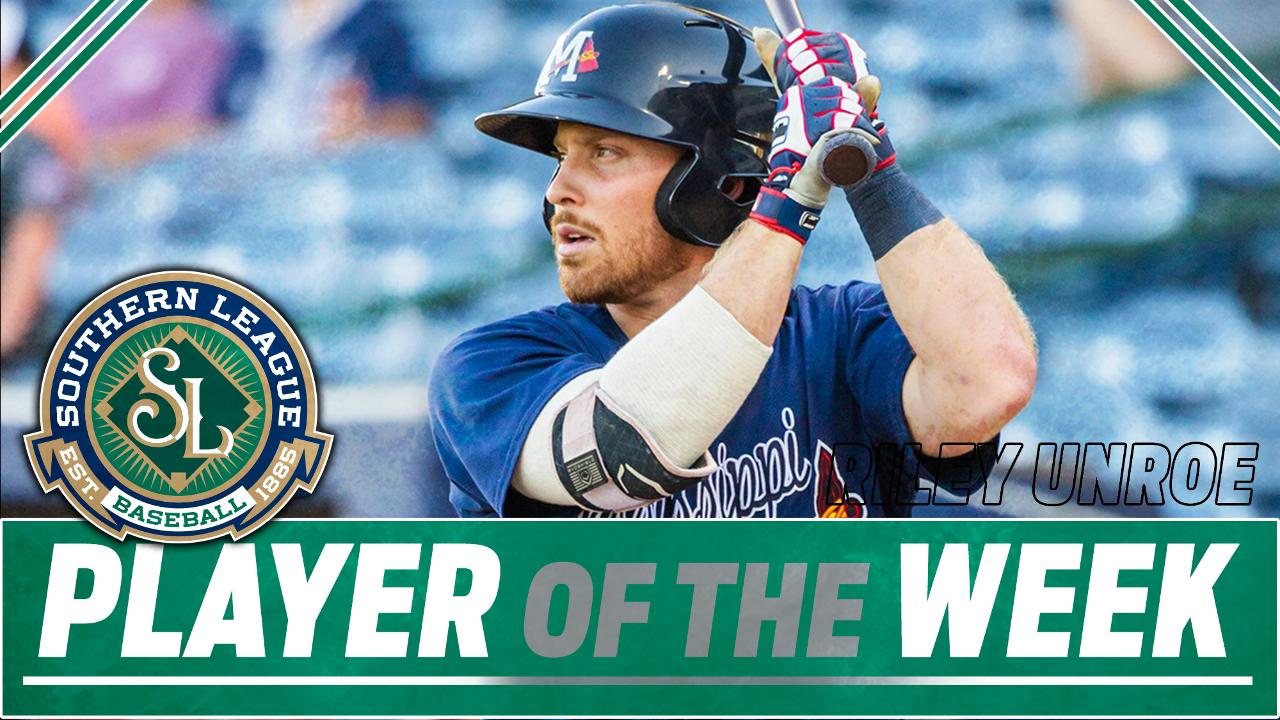 PEARL, MS - The Southern League of Professional Baseball Clubs announced on Tuesday morning that Mississippi Braves infielder Riley Unroe  has been named Southern League Player of the Week for his performance during the final week of the regular season, Aug. 26-Sept. 2.

Unroe began his seven-game hitting streak by homering in both games of a doubleheader at Biloxi last Tuesday. The Mesa, Arizona native posted three-RBI performances twice last week and added multiple hits in three games. Over 77 games this season for the M-Braves, Unroe is batting .285 (77-for-270) with 12 doubles, two triples, five home runs, 37 RBI, nine stolen bases and a .350 OBP. Unroe began the 2019 season in the Florida State League for the High-A Florida FireFrogs where he was named a midseason All-Star.

A second-round selection by the Tampa Bay Rays in the 2019 draft out of Desert Ridge (AZ) High School, Unroe was selected in the Rule 5 draft by the Atlanta Braves in December 2018.

The M-Braves closed out the 2019 regular season on Monday at Trustmark Park with a 3-2 win over the Chattanooga Lookouts.