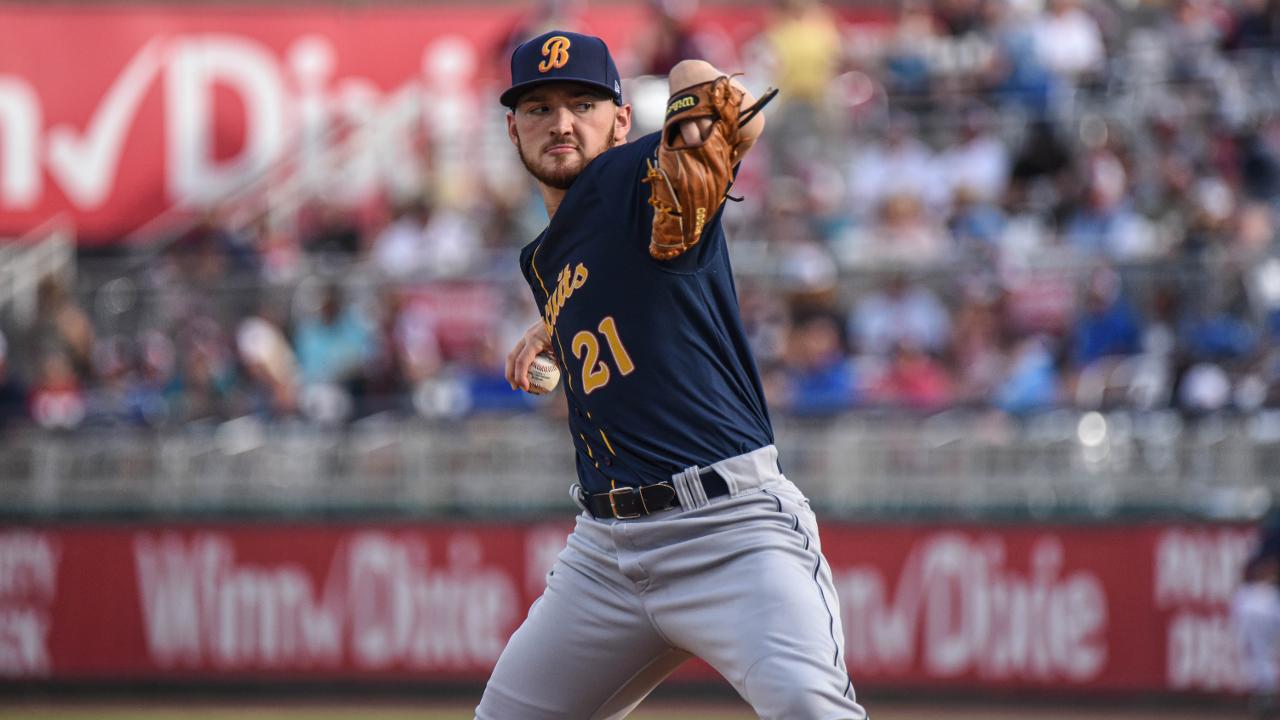 MONTGOMERY, Ala. - The Biscuits (1-0) got the Game 1 monkey off their back with a definitive 4-0 win over the Jackson Generals on Wednesday night at Riverwalk Stadium, the first time in history the opening game of the playoffs had been played at the corner of Coosa and Tallapoosa Street.

Paul Campbell (1-0) started for the Biscuits and looked sharp early, striking out Jackson lead-off hitter Ben DeLuzio to begin the game as part of a 1-2-3 first inning. Josh Green (0-1) started on the other side for the Generals and walked Taylor Walls on five pitches to start the night before getting Vidal Brujan to fly out to center. The next batter was Brett Sullivan, and the backstop wrecked a two-run home run to left to put the Biscuits ahead 2-0 in the first.

Campbell was outstanding, retiring 15 of the first 16 batters he faced through his first five shutout innings. The only hit the right-hander allowed through the first five frames was a dribbler of single off the bat of Camden Duzenack in the third inning.

Green would settle down after his bumpy first, but in the fifth, Lucius Fox stroked a one-out double to left. Fox then attempted a successfully-delayed steal of third, before Generals catcher Daulton Varsho uncorked a wild throw off third baseman Drew Ellis' glove into left field, scoring Fox with the third run of the game.

Campbell walked Seth Beer to begin the seventh and then hit Ellis in the next at-bat before inducing a 4-6-3 double play from Ryan Grotjohn. Campbell then got L.T. Tolbert to groundout with a runner at third to end the threat, and preserve the shutout with seven scoreless innings and just two hits surrendered.

Dalton Moats came on for Campbell and worked a scoreless eighth, and Sullivan teed off on Jackson reliever Sam Lewis with a rocket of a solo homer to right to pad the Biscuits lead to 4-0.

Ian Gardeck then came on in the ninth and struck out a pair, including the final batter Ellis, in a 1-2-3 inning to seal the Biscuits' first Game 1 victory in six tries, and first since 2007.

The Biscuits will try to take a 2-0 advantage in the series in Game 2 on Thursday night when Kenny Rosenberg takes on Matt Peacock at 6:35 PM CT.