Chiefs Blown Out by Cedar Rapids 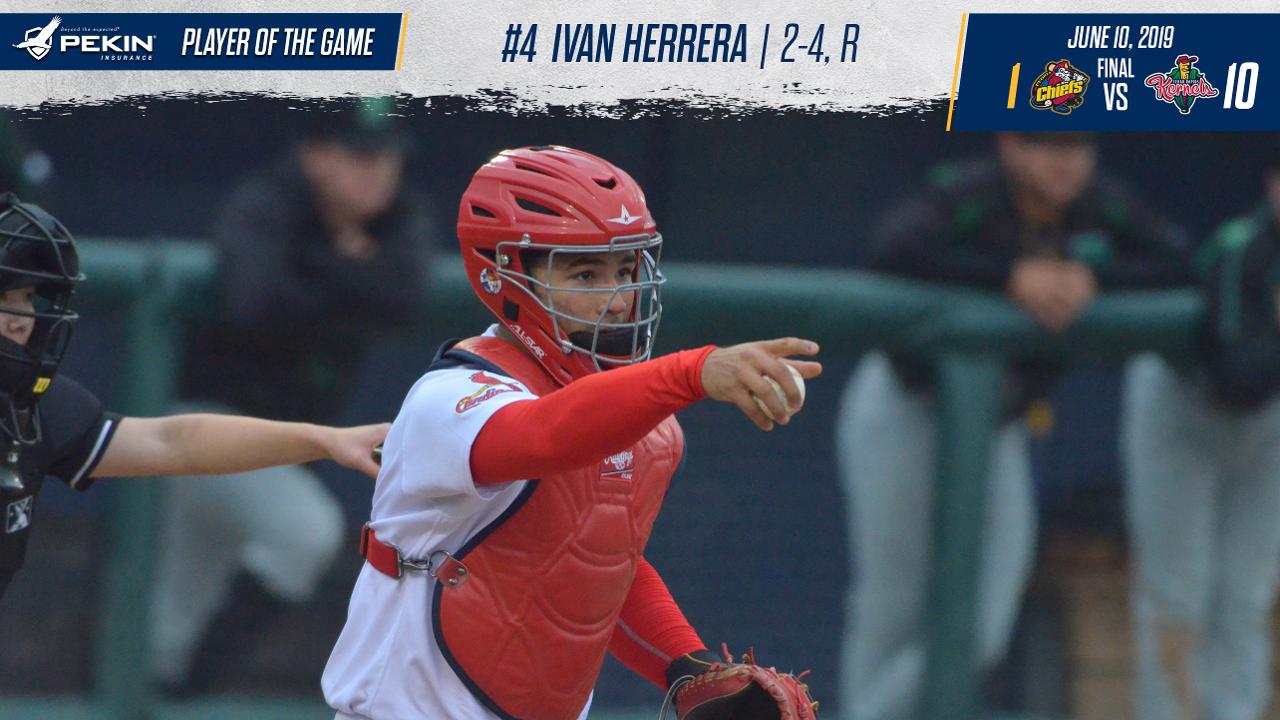 Peoria, IL - After splitting the doubleheader Sunday, the Peoria Chiefs fell to the Cedar Rapids Kernels 10-1 in their series finale Monday. The Chiefs fall to 27-36 on the season as they hit the road to take on the Clinton LumberKings Tuesday at 6:35 p.m.

The Chiefs opened the scoring in the bottom of the second against Kernels starter Kai-Wei Teng. Ivan Herrera singled and advanced to third on a single by Brady Whalen and an error by Cedar Rapids shortstop Ricky De La Torre. Juan Yepez reached on a fielder's choice and Herrera scored for the 1-0 lead.

Cedar Rapids took their first lead of the game in the top of the fourth against Chiefs starter Michael Brettell. A wild pitch with the bases loaded tied the game at one before Jared Akins hit a three-run homerun with two outs for the 4-1 lead.

The Kernels added insurance runs in the top of the fourth. Jacob Pearson and De La Torre hit back-to-back homeruns for a 7-1 lead. Cedar Rapids scored two in the seventh and one in the eighth for a 10-1 lead.

The Chiefs hit the road for a three-game series with the Clinton LumberKings Tuesday at 6:35 p.m. Peoria will start RH Kyle Leahy (3-4, 3.40) against Clinton RH Humberto Mejia (5-0, 2.07). The broadcast can be heard, starting with the Pre-Game Show at 6:20 p.m. on the Peoria Chiefs Tune-In Page, which is free and also has a free app for smartphones and tablets.