Perez drives in three in loss 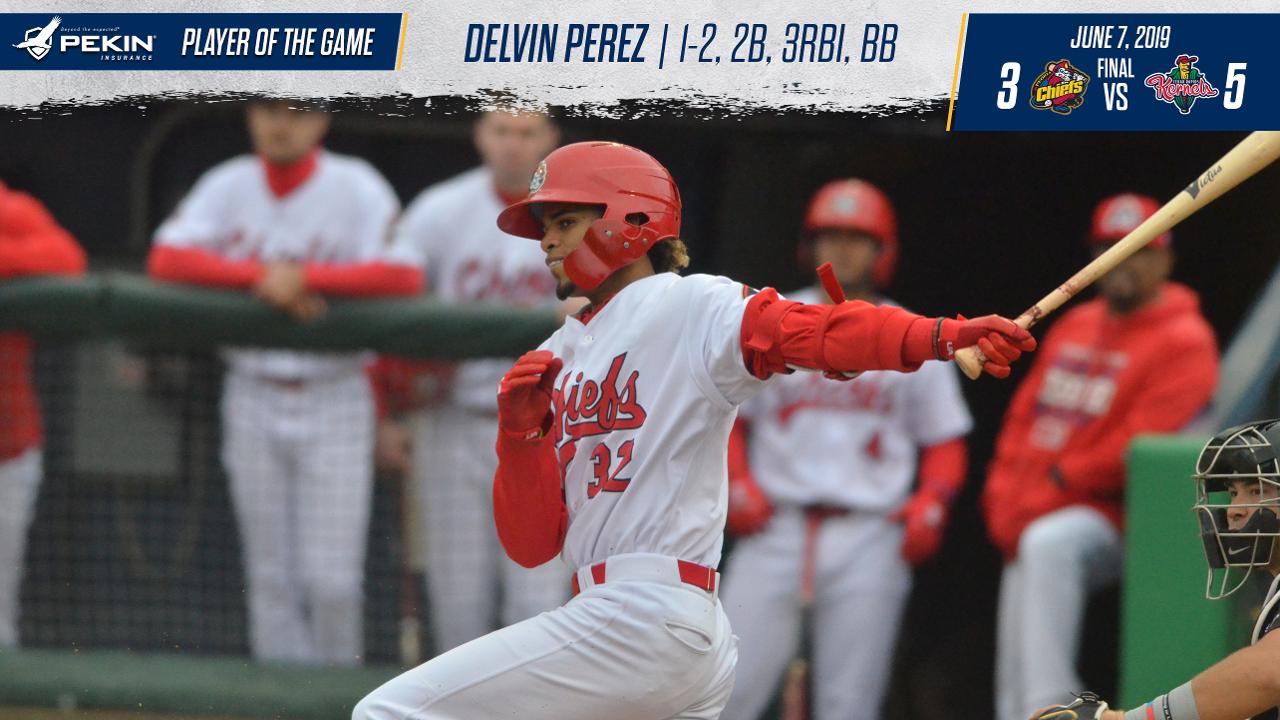 Peoria, IL - Despite jumping out to an early three-run lead, the Peoria Chiefs fell 5-3 to the Cedar Rapids Kernels Friday night at Dozer Park. The loss, their second in a row, drops the Chiefs to 26-33 on the season with four games left in the series.

The Chiefs drew first blood in the bottom of the second against Cedar Rapids starter Tyler Palm. Bryce Denton walked, with two outs Brandon Benson singled and Brendan Donovan walked to load the bases. Delvin Perez cleared the bases with a double into the left-field corner to give the Chiefs a 3-0 lead. Perez stole third but was stranded

The Kernels tied the game in the top of the fourth against Chiefs starter Alvaro Seijas. Two walks, a single, a RBI groundout and another single tied the game at three.

Cedar Rapids took the lead in the top of the eighth against Chiefs reliever Evan Sisk. Gilberto Celestino led off with a double and scored on a one-out triple from Chris Williams to put the Kernels ahead 4-3. They added one insurance run on a bases loaded sac fly for the 5-3 lead.

The Chiefs continue their series with the Cedar Rapids Kernels Saturday at 6:35 p.m. Promotions can be found on the team website or social media accounts. Peoria will start LH Diego Cordero (2-4, 3.53) against Cedar Rapids RH Josh Winder (4-1, 2.98). The broadcast can be heard, starting with the Pre-Game Show at 6:20 p.m. on the Peoria Chiefs Tune-In Page, which is free and also has a free app for smartphones and tablets.