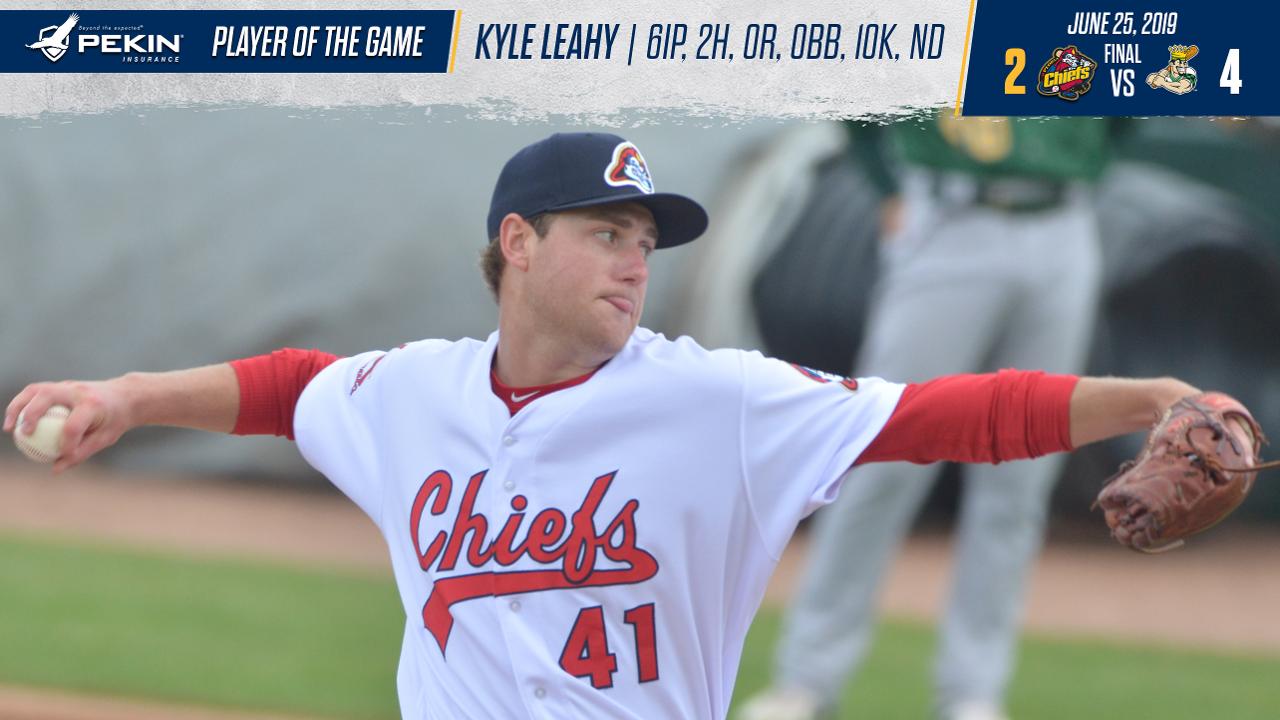 Clinton, IA - The Peoria Chiefs wasted a spectacular start from Kyle Leahy on Tuesday night as a two-run lead in the eighth inning turned into a 4-2 loss to the Clinton LumberKings. The Chiefs are now 2-3 in the second half and 32-42 overall.

The game was scoreless through six as the Leahy and Clinton's Tanner Andrews matched zeroes and strikeouts. Peoria finally broke through in the seventh inning against Andrews. Brendan Donovan led off with an infield single and scored ahead of the throw when Juan Yepez doubled off the center-field wall. With one out, Bryce Denton tripled off the wall in center to score Yepez for a 2-0 lead before reliever Raul Brito got out of the inning.

Leahy was fantastic in his return to the Chiefs. Twice he had two runners on behind him and got out of the inning with two strikeouts. He had three different stretches of retiring at least five batters in a row and struck out at least one LumberKings batter in each inning.

Clinton got on the board in the eighth against reliever Cole Aker. Thomas Jones singled and with one out, Chris Torres broke out of a 1-for-22 slump against Chiefs pitching this season with a RBI double to right. Peyton Burdick tied the game with a double to left. Evan Sisk took over for Aker with two outs gave up a two-run, two-strike homer to Will Banfield as Clinton took a 4-2 lead.

Leahy took a no-decision as he allowed two hits over six shutout innings with no walks and a career-high 10 strikeouts. Aker (0-3) took the loss as he allowed three runs on three hits over 1 1/3 innings as he struck out one. Sisk allowed one run on one hit over 2/3 of an inning while striking out one.

The series continues Wednesday at 6:30 p.m. as the Chiefs start LH Colin Schmid (3-2, 4.46) against Clinton RH Alberto Guerrero (3-2, 2.51). The broadcast can be heard, starting with the Pre-Game Show at 6:15 p.m. on the Peoria Chiefs Tune-In Page, which is free and also has a free app for smartphones and tablets