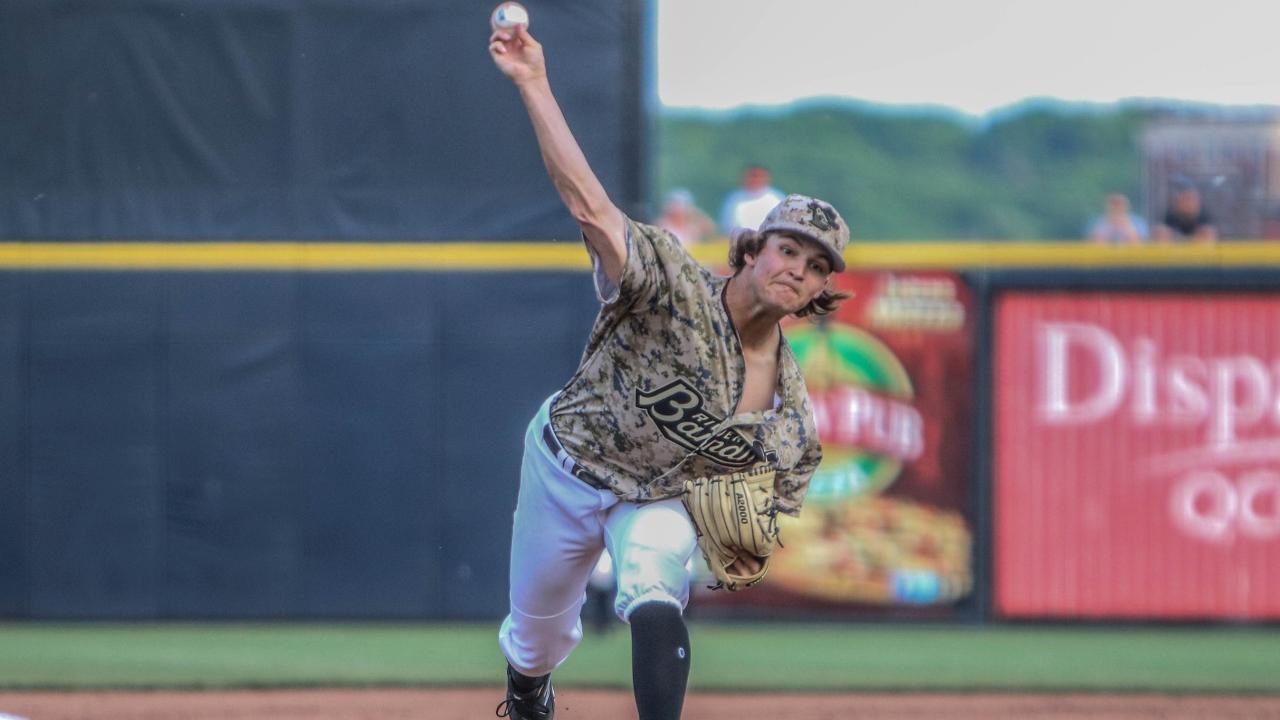 The Cedar Rapids Kernels walked off the Quad Cities River Bandits 1-0 on Wednesday night at Perfect Game Field. The Kernels scored the only run of the game in the bottom of the ninth inning on a bases loaded single by Jared Akins. The River Bandits mustered just two hits, both singles, in the contest.

Spencer Steer opened the bottom of the ninth inning with the only extra-base hit of the game, a double into the left field corner off of reliever Jose Bravo. Gabe Snyder followed with a base hit into right field, but Steer was held at third base. Bravo hit Wander Javier with the first pitch of the next at bat to load the bases. After Matt Wallner flied to shallow center for the first out of the inning, Akins punched a base hit through the left side to send home the winning run.

Pitching was the story all night and the River Bandits (34-31, 77-54) received an incredible performance from their starting pitcher Brett Daniels. Daniels recorded a career-high 11 strikeouts in 6.0 scoreless innings of work. He did not allow a single baserunner until Daniel Ozoria singled to left with one out in the sixth inning. The 11 strikeouts from Daniels tied Austin Hansen for the most in a single game this season by a Bandits pitcher.

Cedar Rapids (35-30, 74-61) countered with impressive work by both Matt Canterino and Brian Rapp. Canterino tossed 5.0 scoreless innings and struck out seven River Bandits, but did not factor in the decision. Rapp worked 4.0 scoreless frames of his own and punched out three. Each Kernels pitcher allowed just one hit.

Bravo ended up taking the loss in the ninth after he worked out of a jam in the seventh and struck out the side in the eighth inning. The right-hander allowed one run on three hits in 2.1 innings.