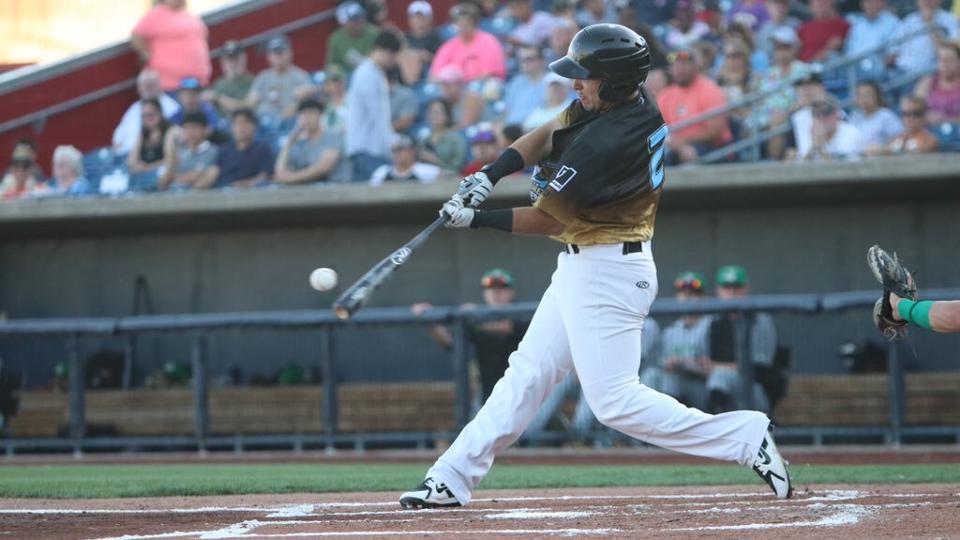 The Quad Cities River Bandits opened the postseason with a 4-1 road win over the Cedar Rapids on Wednesday night at Perfect Game Field. Three River Bandits pitchers combined to limit the Kernels to 5 hits while striking out 12. The series moves to Modern Woodmen Park on Thursday night where the Bandits can win the series with a victory.

Quad Cities moved in front in the top of the second inning by utilizing the legs of Alex McKenna. The outfielder reached on an infield single for the Bandits second hit of the game. He quickly stole second base and advanced to third when the throw from catcher Chris Williams bounced into center field. Cedar Rapids starter Luis Rijo spiked a wild pitch in the dirt and McKenna raced home for a 1-0 lead.

Cedar Rapids had just one hit when they came to the plate in the third inning against Valente Bellozo. Tyler Webb, the nine-hitter in the order, worked the count full and then launched a fastball over the wall in left center to tie the game. Webb had hit just two home runs in the regular season. Bellozo earned the win after not allowing another run the rest of the way in a 6.0 inning performance. He struck out six and scattered four hits.

The Bandits took the lead for good in the fifth inning. McKenna opened the frame by smashing a single off the foot of first baseman Gabe Snyder and then went to third base on Alex Holderbach's single to left, leaving runners on the corners. Ramiro Rodriguez lofted a fly ball to left field that allowed McKenna to sneak in on a close play at the plate for a sacrifice fly and a 2-1 advantage.

Wilyer Abreu, who had doubled earlier in the game, provided the River Bandits with some valuable insurance runs in the top of the eighth. Grae Kessinger opened the frame with a single and he and Oscar Campos executed a perfect hit-and-run to put men on the corners with one out. Abreu split the gap in right center for his second double of the game and scored both runners in the process to push the lead to 4-1.

The Bandits bullpen was dominant in relief of Bellozo. Luis De Paula took over in the seventh and retired all four hitters he faced in 1.1 scoreless innings before being removed in favor of Layne Henderson in the eighth. Henderson allowed one hit, but struck out the final four hitters faced to end the game and notch the save.

Game two in Davenport will begin on Thursday night at 6:35 p.m. Fans will receive a free playoff tee shirt just for attending the game. In addition, there will be $2 beer and soda specials throughout the game. RHP Brett Daniels (7-6, 2.10) will work for the River Bandits against Cedar Rapids RHP Matt Canterino (1-1, 1.35).