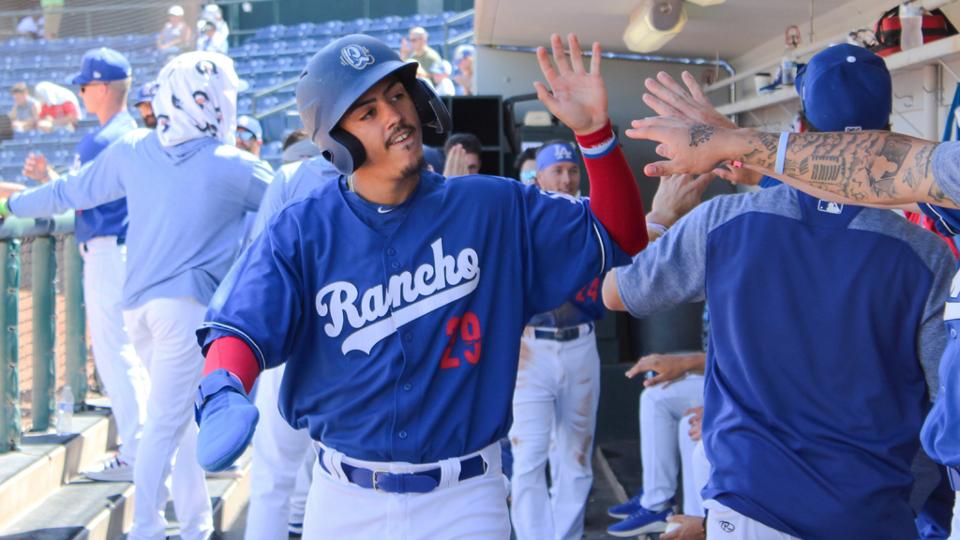 Rancho Cucamonga, CA - The Quakes finished the regular season by snapping a three-game skid, coming from behind to defeat the Inland Empire 66ers on Monday afternoon by a final score of 4-3.

Marcus Chiu sent the Quakes into the postseason with some momentum, as he collected a pair of run-scoring hits, including his 14th homer of the year, which eventually turned into the game-winner.

Trailing 1-0 in the first, Rancho scored three unearned runs to take the lead for good.

First baseman Devin Davis dropped a Miguel Vargas pop-up, which should have ended the inning. Instead, with two on and two away, Dillon Paulson singled home two, then scored on a Chiu RBI hit, making it 3-1 after just one inning against Inland Empire starter Cristopher Molina (2-6).

Chiu homered off Aaron Hernandez in the seventh, giving the Quakes some insurance at 4-2.

They'd need that run, as Connor Strain got taken deep in the eighth, as Jordyn Adams went yard to make it 4-3.

In the ninth, Austin Drury worked around a two-out walk for his first Cal League save of the year.

The Quakes (81-57, 40-30) complete the regular season with the second-highest win total in franchise history (81) and begin the Cal League Playoffs on Wednesday in Lake Elsinore at 6:00pm.

The Storm will host games one and two, with game three coming back to LoanMart Field on Friday, September 6th at 7:05pm.

The first 1,500 fans through the gates this Friday night will take home a Clayton Kershaw Bobblehead, thanks to U.S. Bank. Purchase your tickets at rcquakes.com or by calling (909) 481-5000… Go Quakes!