Pereda Continues His Hot Stretch at the Plate 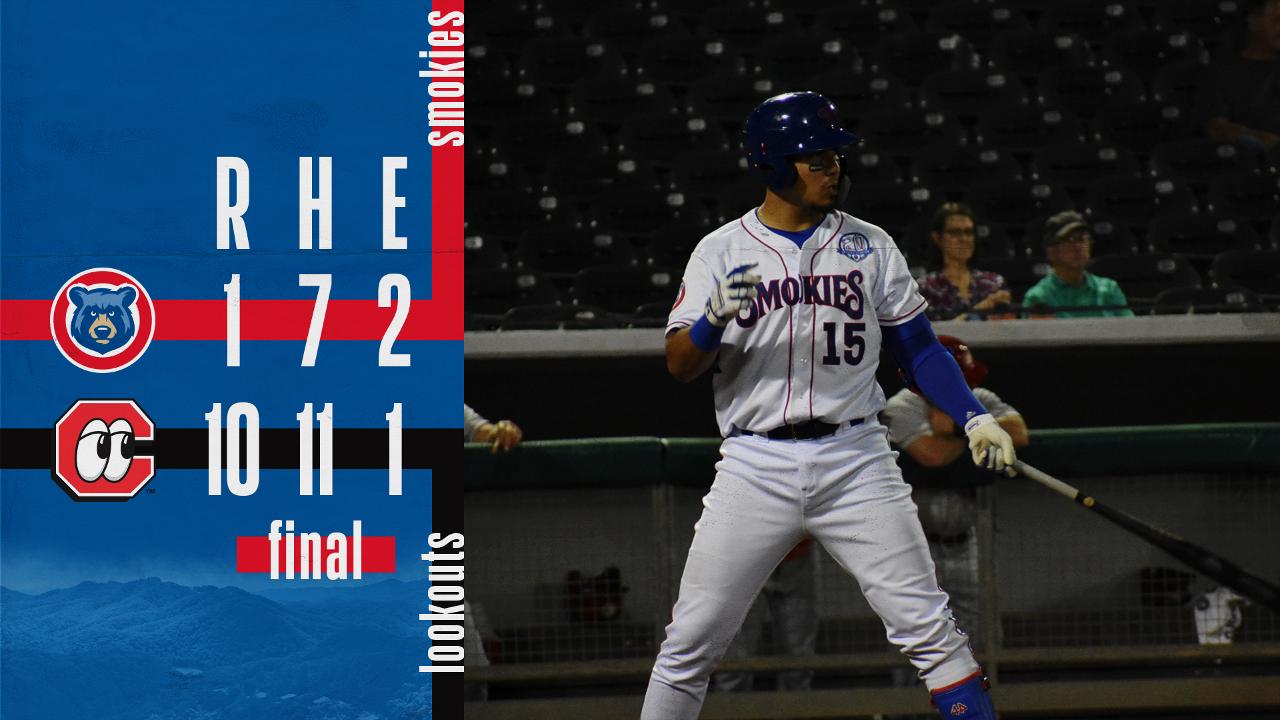 CHATTANOOGA, TN - The Tennessee Smokies (38-40, 5-4) dropped their first game of the series, 10-1, against the Chattanooga Lookouts (40-38, 4-5) at AT&T Field Friday night. Jhonny Pereda recorded three hits and P.J. Higgins extended his hit streak to ten games in a losing effort.

The Smokies struck first in the ballgame for the third time in the series. Zack Short drew a leadoff walk and was able to make it to third on a throwing error and a wild pitch by Lookouts' starter RHP Ryan Lillie (W, 1-0). Jared Young gave the Smokies the early lead on a sacrifice fly to score Short.

Short made his first appearance with the Smokies in 2019 after having played in 124 games with Tennessee last season. Short started 2019 in Triple-A Iowa before being sent to the IL on 4/11. He went 0-for-4 with a run and walk in his return.

The Lookouts wasted no time to respond. In the bottom of the third, Chattanooga strung together four base hits to take a 3-1 lead. Mitch Nay tied the game with a single up the middle to score Alfredo Rodriguez. Gavin LaValley capped off the inning with a two-run double to plate the Lookouts' third run off Smokies starter RHP Thomas Hatch (L, 4-8).

Hatch's night came to a halt in the sixth inning after allowing three straight hits to load the bases. In 5.2 innings, he gave up six earned runs on eight hits. Pinch hitter Michael Beltre immediately cashed in to bring in two runs on a bases loaded single off reliever RHP Jake Stinnett. Later in the inning, Chattanooga extended their lead to 7-1 from a pair of mistakes by Stinnett. A wild pitch and an error brought in both Calten Daal and Beltre. The Lookouts put the nail in the coffin in the eighth. With already one run in on the inning, Jose Siri launched a two run home run to right center field to give Chattanooga a 10-1 cushion.

Saturday marks the series finale between the Smokies and the Lookouts with Tennessee trying to take four of five. RHP Cory Abbott (5-3, 3.39) will make his 15th start of the season for the Smokies, while the Lookouts turn to LHP Scott Moss (4-3, 3.50). First pitch is scheduled for 7:15 PM ET