Season Ends with a 5-4 Smokies Victory 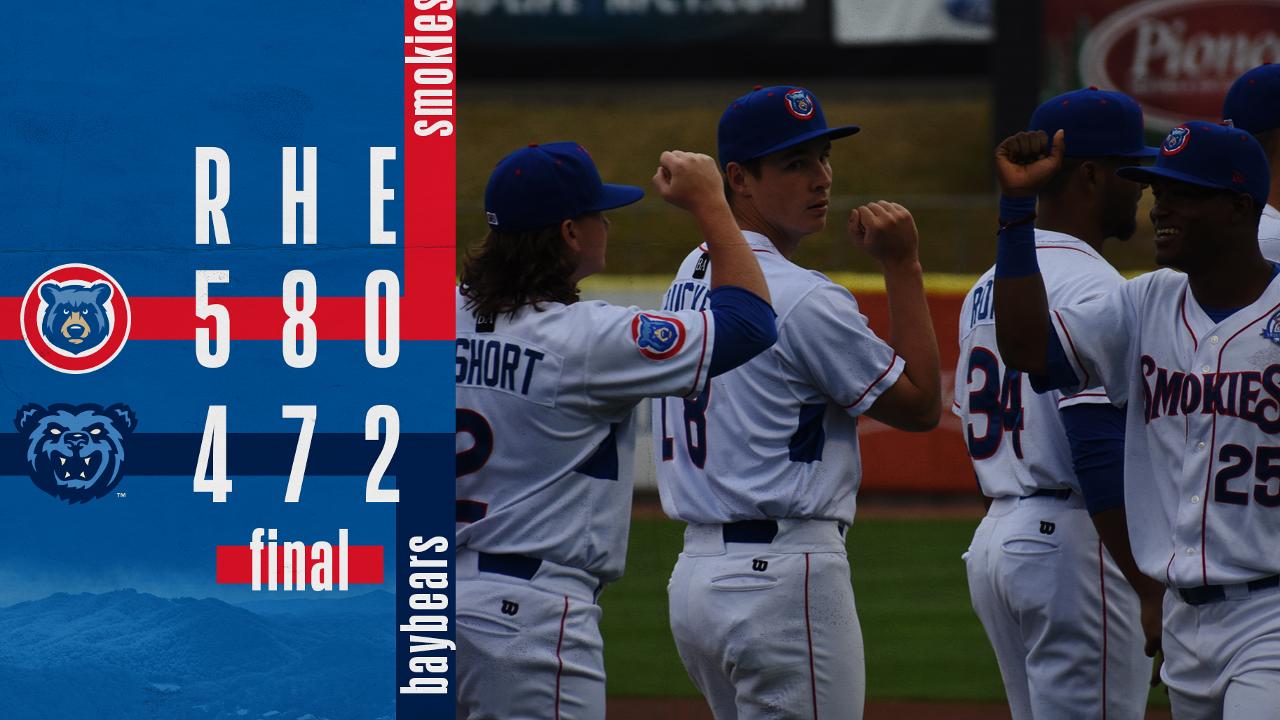 Smokies starter RHP Chih-Wei Hu (W, 2-1) made 11 major league appearances between 2017-'18 for the Tampa Bay Rays, and he pitched like a major leaguer to open up the game. After giving up two hits in the first, he retired the next 11 batters to hold off the BayBears enough for his offense to tack three runs on.

Jhonny Pereda finished his 2019 season recording the game's first RBI by hitting into a fielders choice scoring Eddy Martinez. Tyler Payne added the second run with a sacrifice fly. Then in the third, Gioskar Amaya continued his hot bat this series doubling Martinez in off LHP Max Herrmann (L, 1-4) for his second run of the game.

Mobile formulated a response to Hu's dominance in the fifth. A lead off single and a double, the BayBears put runners in scoring position for Mario Sanjur who towered a ball to right field for a sacrifice fly.

The BayBears cut the deficit to a run in an unconventional way in the bottom of the eighth inning. Bo Way earned a one-out walk and made his way to third on a Jahmai Jones single. The Smokies got Jones in a rundown between first and second which gave Way the green light to steal home.

Pereda was part of the first and final runs of the day. Ian Rice started the Smokies eighth inning with a single. Next, on a blooper to right field, Pereda got help from a throwing error and rounded the bases for a two-run little league home run.

Things got interesting in the bottom of the ninth during Mobile's final chance. A lead off single set the plate for Brendon Sanger who cut the deficit to one on a two run blast off the right field foul pole. Smokies LHP Manuel Rondon (S, 1) retired the next three to secure the win.

The Smokies go into hibernation until April 9, 2020 when they start next season in Pensacola against the Blue Wahoos. Thank you for an outstanding 2019 season!