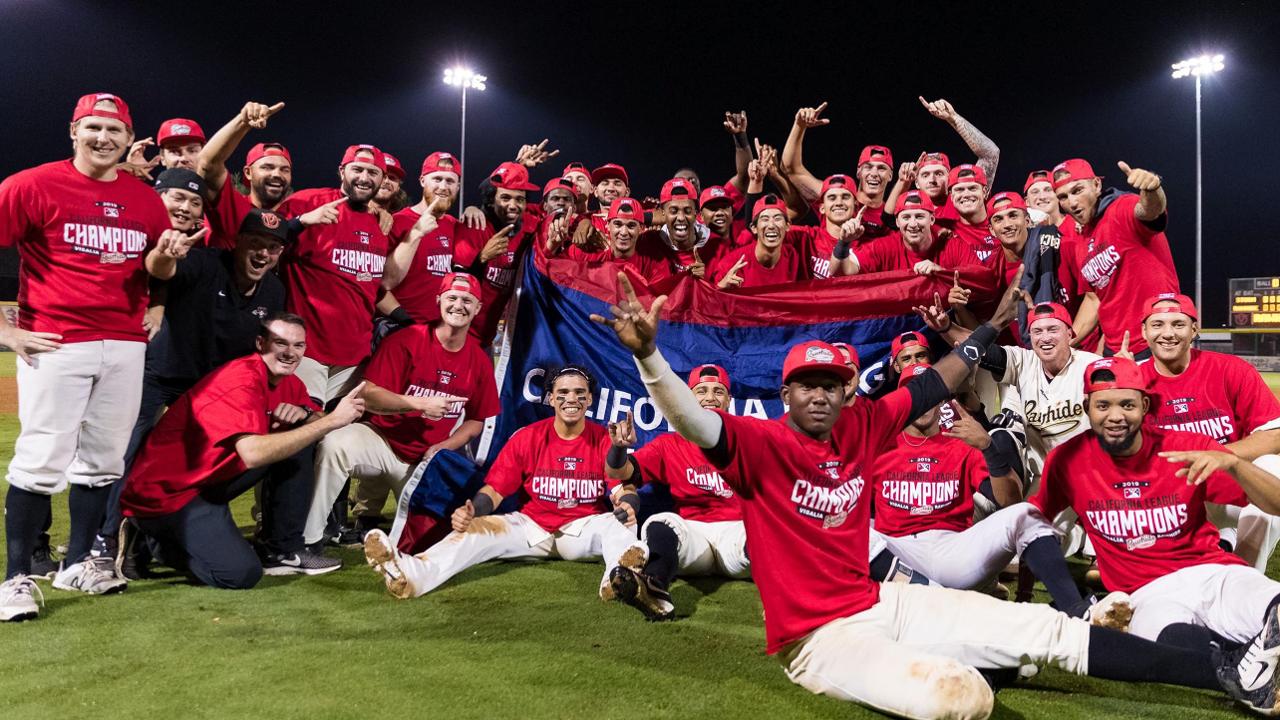 VISALIA, CA-Rawhide defeated the Lake Elsinore Storm 4-3 to win the California League Championship for the first time in 40 years.

It was scoreless through fourth and half innings until the Rawhide scored three in the bottom of the fifth inning. Visalia sent nine batters to the plate. Yoel Yanqui singled off Storm starter Adrian Martinez and reached second on a fielding error by the left fielder Tucupita Marcano. Yanqui scored of a single to centerfield hit by Max Murphy , who later scored off Jose Herrera 's single to right field. Rawhide scored one more off a throwing error by relief pitcher Nick Kuzia to make it 3-0.

With two outs in the top of the eighth, Breckin Williams came in for Lemeiux. The first pitch that he threw was hit off the right field scoreboard by Gabriel Arias to tie up the game. The game went into extra innings tied up at 3-3. Geraldo Perdomo walked to lead off the bottom of the tenth. Alek Thomas doubled down the left field line to score Perdomo to walk off the game.

This Championship is the first one in Rawhide franchise history. Since the 1978 Visalia Oaks won the title, a Visalia team has been to the finals 11 times but come up short. The only professional team that is close to that record is the Minneapolis/Los Angeles Lakers from 1958-1972 when they reached the finals eight times without winning the championship.

Now that the Rawhide have won the championship, every California League team has won the Championship in this millennium.