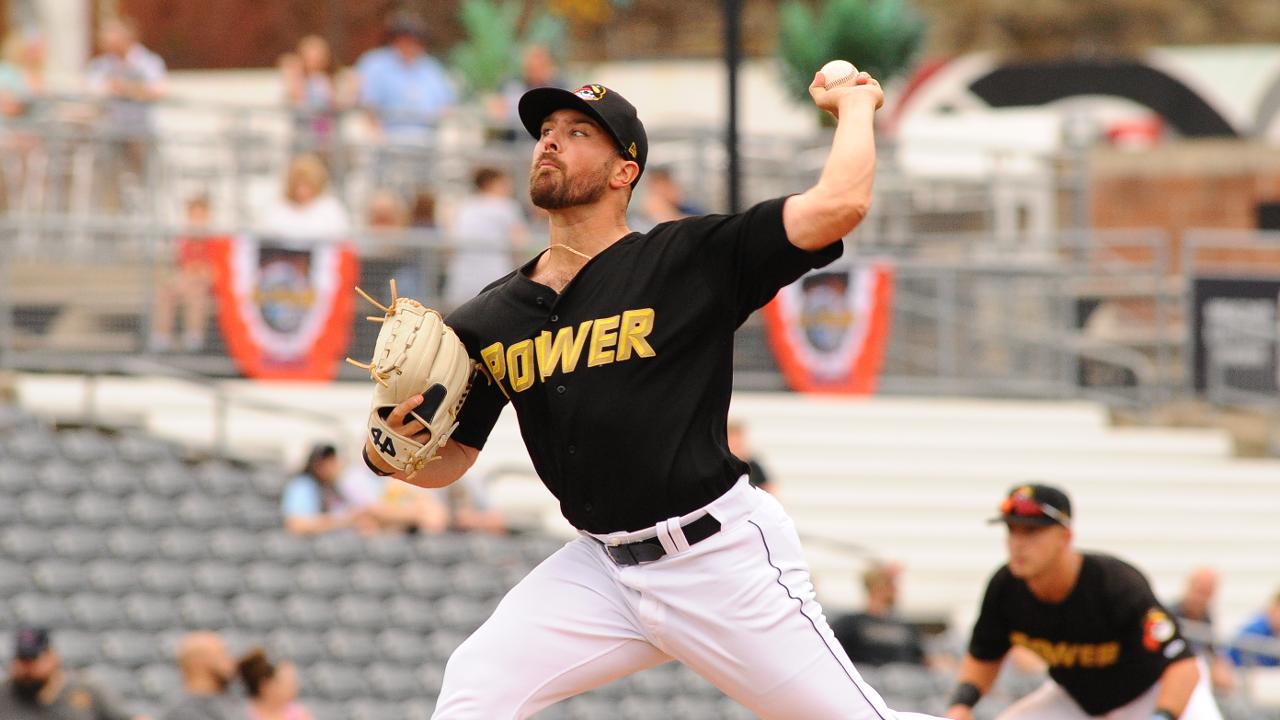 Moyers (5-4) retired the first six batters he faced, using just 17 pitches to get through those two innings. However, Greenville (26-35) was able to get to the southpaw in the third, as Brandon Howlett snuck a double just inside the third base line to lead off the stanza. After Kervin Suarez sacrificed him over to third, Jonathan Ortega stung an RBI single to center that made it 1-0 Drive.

That was the last run Moyers would cede over his seven strong innings of work. The southpaw gave up just four hits and struck out eight, one shy of his career high, to pick up his team-best eighth quality start of the year.

West Virginia (30-31) finally broke through against Chase Shugart in the sixth. Ryan Ramiz led off the inning with a double before moving to third on a fielder's choice grounder off the bat of Rodriguez. Keegan McGovern then doubled in Ramiz to tie the game at one.

Greenville replaced Shugart with Hunter Haworth (1-4) in the seventh, but the Power's offense did not relent. Cesar Izturis Jr. ignited the inning with a one-out single and got to second on a wild pitch. Ramiz then worked a walk to put runners at first and second before Rodriguez stroked a run-scoring single to right that plated Izturis Jr to give West Virginia a 2-1 lead. McGovern followed that up by scorching a ball off the foot of Haworth that ricocheted into center field and brought in Ramiz. Onil Pena capped the three-run frame with a fielder's choice grounder to first that allowed Rodriguez to trot in and make it 4-1 Power.

Benjamin Onyshko hurled a hitless eighth inning, despite hitting a batter, before ceding way to David Ellingson (S,3) in the ninth. Ellingson had to battle his way through the frame, serving up a one-out homer to Alan Marrero and allowing the tying run to get to second base before slamming the door to pick up his third save in as many opportunities.

West Virginia continues its four-game series with the Greenville Drive Saturday evening at Appalachian Power Park, with first pitch set for 6:05 p.m. RHP Josias De Los Santos (0-3, 3.81 ERA) gets the ball for the Power, while the Drive puts RHP Chris Machamer (1-2, 5.09 ERA) on the slab. Pregame coverage begins at 5:45 p.m. on The Jock 1300 and 1340 AM, as well as online at wvpower.com and via the TuneIn Radio App and MiLB First Pitch App.

The highlight of the homestand comes this Saturday, when the club will celebrate 15 Years of the Power, presented by Appalachian Power, with a special player canvas giveaway available for the first 1,000 fans through the gates. Gates open at 4:30 p.m., and fans can enjoy a pregame performance by Beckley, W. Va., native Aaron Millner, along with Happy Hour specials, at the Budweiser Dugout Bar until 5:30 p.m. For tickets and more information, call the Power at 304-344-2287 or visit www.wvpower.com.