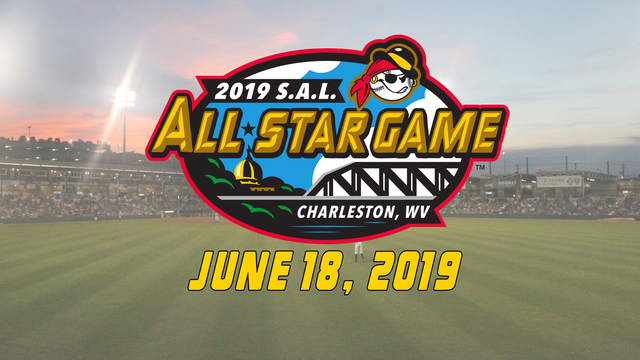 CHARLESTON, WV (July 12, 2018) - The West Virginia Power, Class A affiliate of the Pittsburgh Pirates, are excited to announce, in conjunction with the Charleston Convention and Visitor's Bureau, FestivALL, the City of Charleston and the South Atlantic League, that the club will host the 2019 South Atlantic League All-Star Game at Appalachian Power Park on Tuesday, June 18, 2019.

"We are humbled and excited that the South Atlantic League has chosen the beautiful city of Charleston, West Virginia, and Appalachian Power Park as the host of the 2019 All-Star Game," said Ken Fogel, Executive Vice President of the West Virginia Power. "This event is the marquee game of the summer and will showcase some of the best young talent in professional baseball. It also provides us with the opportunity to put our amazing city and ballpark on display for all the players, coaches, team owners, league executives and their families.

"Our General Manager, Tim Mueller, has already been hard at work on next year's event and has some outstanding plans in the development stages that will highlight what this area has to offer."

The 2019 South Atlantic League All-Star Game will feature the best of the best from the 14 member teams in the league, as voted upon by the various organizations' coaching staffs, local media and front office executives.

West Virginia last played host to the All-Star Game in 2009, when former Power players INF Calvin Anderson, INF Chase d'Arnaud and LHP Rudy Owens headlined an incredible display of talent in the Kanawha Valley. 2019 marks the second time in the Power era (2005-present) that the team will host an All-Star event, and the third time overall (1989) that the city of Charleston, West Virginia, has hosted the South Atlantic League's marquee game since its inception in 1960.

More details and ticket information on the events both preceding, including and succeeding the All-Star Game will be announced at a later date. For additional information, call the Power at 304-344-BATS or visit www.wvpower.com.