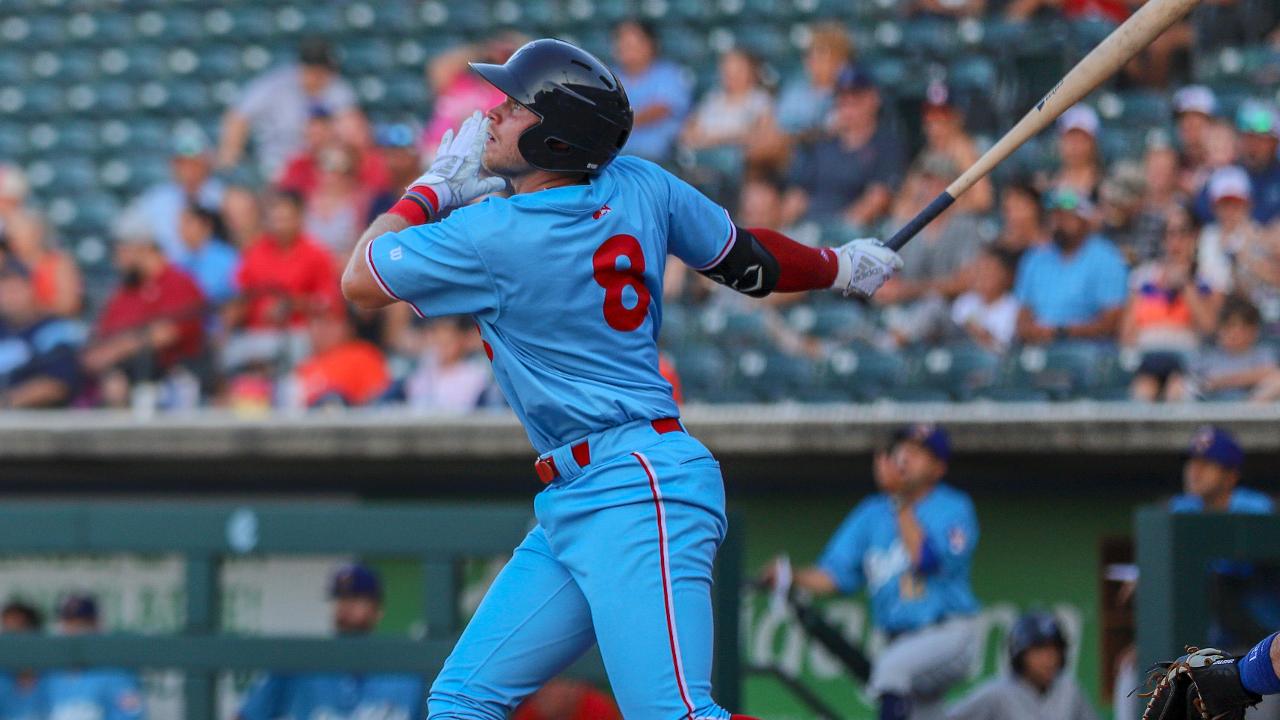 Beer dominated league pitching in six games played, batting .583 (14-for-24) with three homers, 10 runs scored, eight RBIs, a walk and four hit-by-pitches in that span. He carried a .655 on-base percentage and a whopping 1.697 OPS.

He homered in three straight games - from July 2-4 - in which he was 12-for-16 with seven RBIs; That includes his career-best 5-for-6 night in front of a season-best 7,400 fans at Whataburger Field in the Hooks' record-setting 22-5 win on July 4. Beer helped lead a Hooks offense that averaged nine runs over seven games last week as the team went 4-3 against division rivals Frisco and Midland.

It's time for another Beer run!!@beer_seth's now 4-for-4 with 3 runs scored, including this blast! 🍺 pic.twitter.com/YCWY4OHXnc

The 22-year-old from Suwanee, Georgia is batting .319 (52-for-163) with seven doubles, 10 homers, 26 runs and 36 RBIs in 44 games since his promotion from Advanced-A Fayetteville on May 16. He picks up his first Texas League honor and second weekly award this season after earning Carolina League Player of the Week with the Woodpeckers on April 21.

Beer, Houston's first-round draft pick in 2018, is the fourth Hooks player to earn a weekly award this season, joining Abraham Toro (May 13), Bryan Abreu (May 20) and Joshua Rojas (May 28).

Beer also was named to the MLBPipeline Prospect Team of the Week, joining Hooks pitcher Enoli Paredes. The No. 25 Astros prospect struck out a career-high 12 over 6.0 hitless, scoreless innings against Midland.

The Hooks return to Whataburger Field for a seven-game homestand beginning Tuesday, July 16 against the Northwest Arkansas Naturals and concluding Monday, July 22 against the Springfield Cardinals. Tickets are on sale at cchooks.com/tickets, at the Whataburger Field Box Office or by phone at 361-561-HOOK (4665).