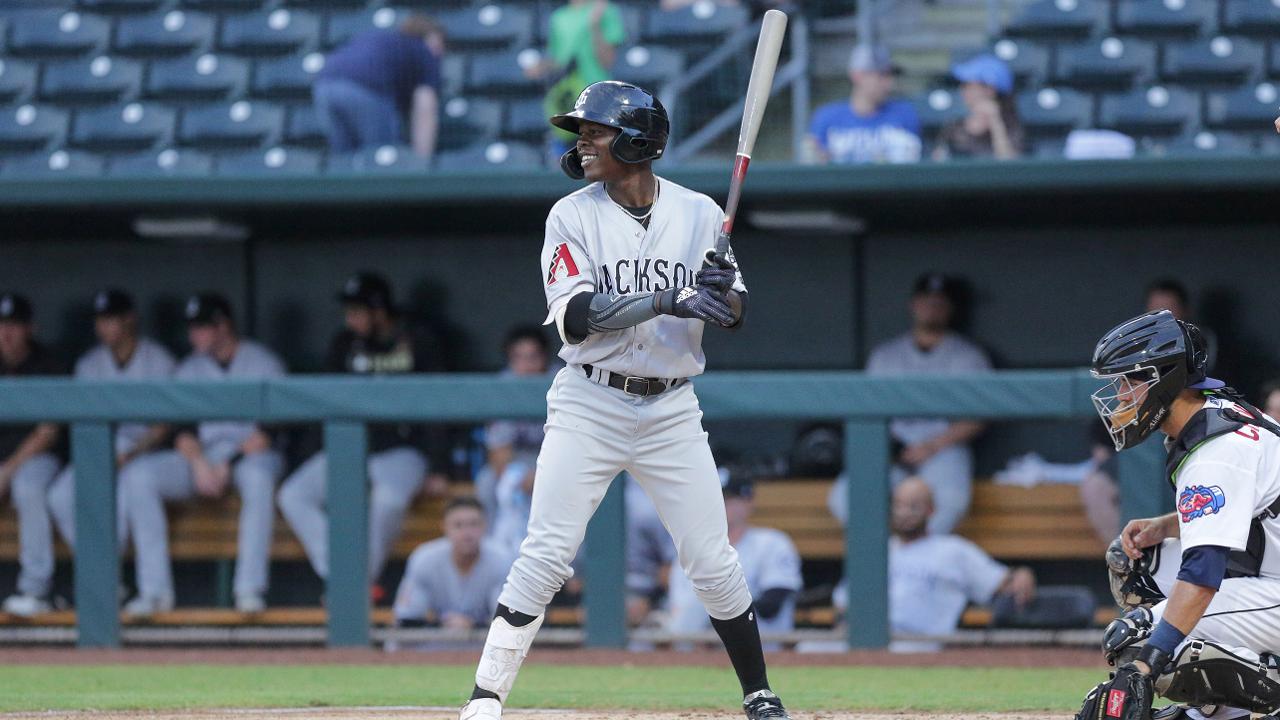 Jackson, Tenn. - The Jackson Generals, the Double-A affiliate of Major League Baseball's Arizona Diamondbacks, used a first-inning surge to beat Montgomery 3-2 on Tuesday night, holding off the Biscuits to gain a 2-1 series lead.

The win for the Generals (45-38) at The Ballpark at Jackson is their sixth against Montgomery (50-33) this season in eight meetings.

After going hitless on Monday, Jackson infielder Jazz Chisholm had the key hit in the early stages of Tuesday's game. Seeing right-hander Paul Campbell (3-1, 3.41 ERA) for the first time, Generals outfielder Ben DeLuzio led off the bottom of the first inning with a single, and Daulton Varsho followed with a walk. Jamie Westbrook reached base on a fielder's choice at third base that took DeLuzio away for the inning's first out, and Pavin Smith followed next with a flyout to left field. With two outs, Drew Ellis extended the inning by earning a walk, loading the bases for Chisholm. The 21-year-old shortstop entered the game 0-for-6 this year with the bases loaded, but he clubbed the first pitch he saw from Campbell off the 24-foot-wall in left field, and the carom eluded outfielder Brett Sullivan long enough for all three runners to score for a 3-0 Generals lead.

After the first inning, Campbell and Montgomery relievers Brian Shaffer and Jhonleider Salinas held the Generals hitless in the final eight frames, though subsequent walks did allow Generals baserunners in the second, sixth, and eighth innings. Jackson claimed the win despite entering the game with a 2-19 record this year when recording fewer than two extra-base hits.

From the hill, starter Matt Peacock (4-3, 2.67 ERA) tossed seven innings without allowing an earned run, relieving a taxed Jackson bullpen that had used six relievers to cover nine and one-third innings over the past 48 hours. A single, an errant pickoff thrown, a passed ball, and an RBI groundout in the fourth inning created the only mark against Peacock. He allowed three hits on 92 pitches, collecting ten groundball outs, three walks, and three strikeouts as well. In his place, Cameron Gann (S, 3) gave up a solo homer in the ninth inning to Tristan Gray, but he finished his two innings with his third save intact.