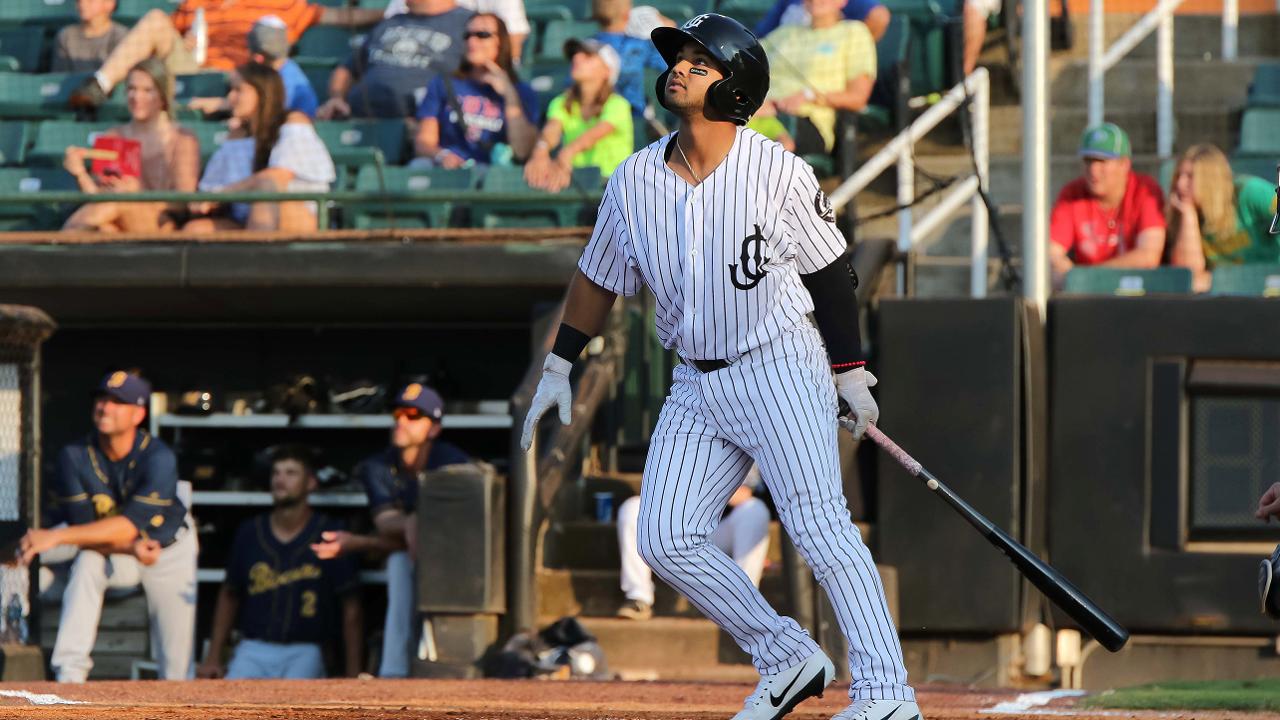 Birmingham, Ala. - The Jackson Generals, the Double-A affiliate of Major League Baseball's Arizona Diamondbacks, could not withstand the repeated blows of the Birmingham Barons on Wednesday, falling 4-3 at Regions Field.

The Barons (23-36) prevented the Generals (34-25) from gaining ground on the division-leading Montgomery Biscuits, who now hold a one-game advantage in the North Division at press time.

Right-hander Connor Grey threw on two days' rest for the second time in four days, tossing four innings on 70 pitches after working an inning of relief in Sunday's series opener. Though he opened with a pair of scoreless frames, Grey got tangled up in the third inning, allowing a RBI double to Ramon Torres and a pair of two-out, run-scoring hits to Luis Gonzalez and Gavin Sheets that allowed Birmingham to tie the game at 3-3.   The 25-year-old narrowly escaped the fourth inning, as he allowed the first three men to hit their way aboard and load the bases for Birmingham's Jon Jay. The MLB veteran, making a rehab start at Double-A, grounded into a double play involving third baseman Drew Ellis, catcher Daulton Varsho, and first baseman Ramon Hernandez that forced out the potential go-ahead run at home plate. Grey struck out the next man, Luis Robert, on three pitches.

In relief, Cameron Gann (1-1, 3.86) gave up a solo blast to Birmingham's Gavin Sheets in the fifth inning that proved to be the deciding run. Gann and Miguel Aguilar combined to retire nine of the last ten men they faced, but the Jackson offense could never get going again. The Generals are now 19-17 when their starting pitcher is unable to complete six innings.

Following first-inning runs from a one-out RBI double by Andy Young and a two-out, two-run shot by Jamie Westbrook, the Generals' bats ran out of batteries. Birmingham's Blake Battenfield (2-2, 5.81 ERA) powered down the Jackson offense by giving them nothing for free, completing six innings without allowing a walk while posting seven strikeouts. The Generals put a man on base in each of the final four innings, but Battenfield and relievers Alec Hansen and Zack Burdi (S, 1) were able to keep the visiting side from scoring. Young, Westbrook, Daulton Varsho, and Ben DeLuzio combined to go 8-for-16 on the day, but the remainder of the Jackson lineup posted just one hit in 18 at-bats.