Jackson weathers tense ninth inning to prevail in front of 4,945 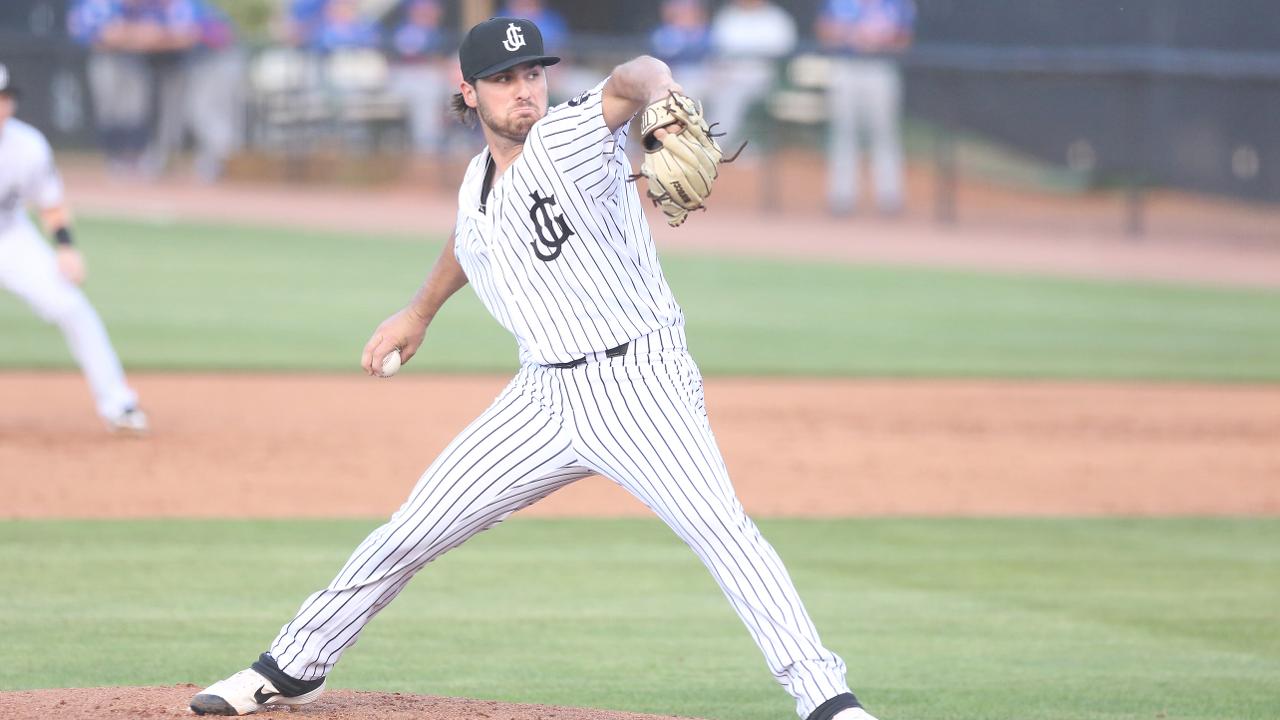 Jackson, Tenn. - The Jackson Generals, the Double-A affiliate of Major League Baseball's Arizona Diamondbacks, got a brilliant effort from right-hander Riley Smith on Saturday, powering them to a 4-3 win over the Tennessee Smokies at The Ballpark at Jackson.

Generals ace Riley Smith (3-3, 2.05 ERA) continued his mesmerizing May with his fourth consecutive quality start, pacing Jackson into the game's later stages on a season-high 100 pitches. Smith fired his fourth straight outing of seven innings with just one run allowed, striking out a season-high seven batters with two walks and six hits given up. Smith threw 71 pitches for strikes, retiring the last five men he faced in order and closing with a pair of punchouts. Left-hander Lucas Luetge earned his second hold of the year with a scoreless frame in the eighth before handing things off to Matt Brill (S, 2) in the ninth.

Brill allowed a lead-off single in the final frame to Jesse Hodges, but play was halted for a handful of minutes thereafter as an argument at home plate led both bullpens and dugouts to clear. Tempers subsided after some words were exchanged, but no ejections were issued.

Brill got some help from his defense next when shortstop Jazz Chisholm made an acrobatic throw to second to force out Hodges on a grounder deep in the hole. Luis Vazquez reached base on the play, and a Connor Myers double immediately followed, driving in Vazquez from first to cut the lead to 4-2. Pinch-hitter Charcer Burks turned up the thermostat with an RBI single that plated Myers, drawing the Smokies within a run. Brill recovered with the game on the line, inducing two groundouts to end it.

Offensively, Jackson broke through the shield of Justin Steele (0-4, 9.33 ERA) early on. The Generals earned their first tally in the second inning, as Chisholm worked his way on base with two outs after being hit by the pitch. Drew Ellis promptly followed with a double to the left field corner, and Chisholm turned on the jets to score from first base and break the 0-0 tie. Dominic Miroglio took a page from Ellis' book and mashed a single up the middle to score Ellis for a 2-0 Jackson lead.

Jeffrey Baez would belt a solo home run in the third for a 3-1 advantage, and Ben DeLuzio added a two-out RBI single in the fourth to push the lead to 4-1. Three of the Generals' four runs scored with two outs, while all of Tennessee's runs came with fewer than two men out. Multi-hit games from Ellis and Miroglio helped the cause, with Ellis scoring a pair of runs in the win.