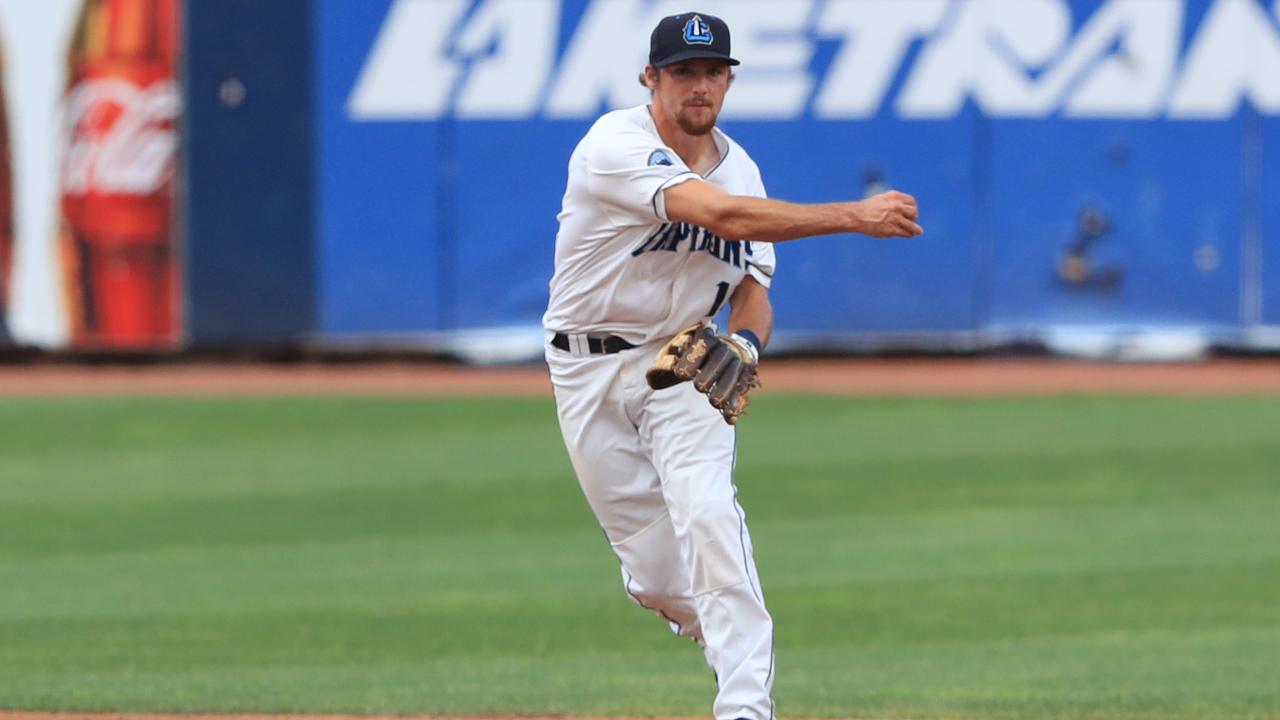 (Midland, MI) - The Lake County Captains' 2019 season came to a close on Friday night with a loss to the Great Lakes Loons in game three of the Midwest League Quarterfinals at Dow Diamond. Great Lakes shut out Lake County in the decisive third game, 5-0.

Brandon Lewis carried the offense for Great Lakes with a pair of home runs, accounting for four of the Loons' runs. Lewis connected for the first time in the second. Romer Cuadrado led off with a single and Captains starter Eli Lingos walked Luke Heyer with one out. Lewis came up with two outs and went deep to right with an opposite-field, three-run homer to put the first runs on the board. He then went deep to right again with a leadoff shot in the seventh off of Nick Gallagher.

The Loons' only other run came on an RBI infield single by Cuadrado in the third. Leonel Valera doubled with one out. After a ground out to second by Justin Yurchak moved Valera to third, Cuadrado hit a grounder into the shortstop hole. Daniel Schneemann ranged to the backhand and made a jump throw to first that sailed over Jonathan Engelmann 's head. Valera scored from third on the play.

Lake County had one big opportunity to come back. Trailing 4-0 in the fifth, the Captains loaded the bases with nobody out. An error by Yurchak at first put Schneemann on to begin the inning. Jesse Berardi followed with a single and Loons starter Jose Chacin walked Quentin Holmes .

Clark Scolamiero came up next and hit a chopper past the mound. Second baseman Sam McWilliams charged the grounder and tried to run around Holmes to field the ball. The circuitous rout led the umpiring crew of Dylan Bradley and Steven Rios, Jr. to signal runner's interference. Schneemann would have scored from third on the play, but the interference call sent him back to third. Berardi was forced to return to second and Scolamiero was awarded first, while Holmes was called out. Chacin then struck out Engelmann and Bo Naylor hit a deep drive to left that Chris Roller caught on the warning track to end the inning.

Chacin (1-0) fired seven shutout innings and earned the win. He held the Captains to three hits, struck out three and walked two.

The Captains' season came to a close with the loss and the Loons advanced to the Midwest League Semifinals, where they will face the South Bend Cubs. Lake County reached the playoffs for the sixth time in their history in 2019 and the first time since 2014.