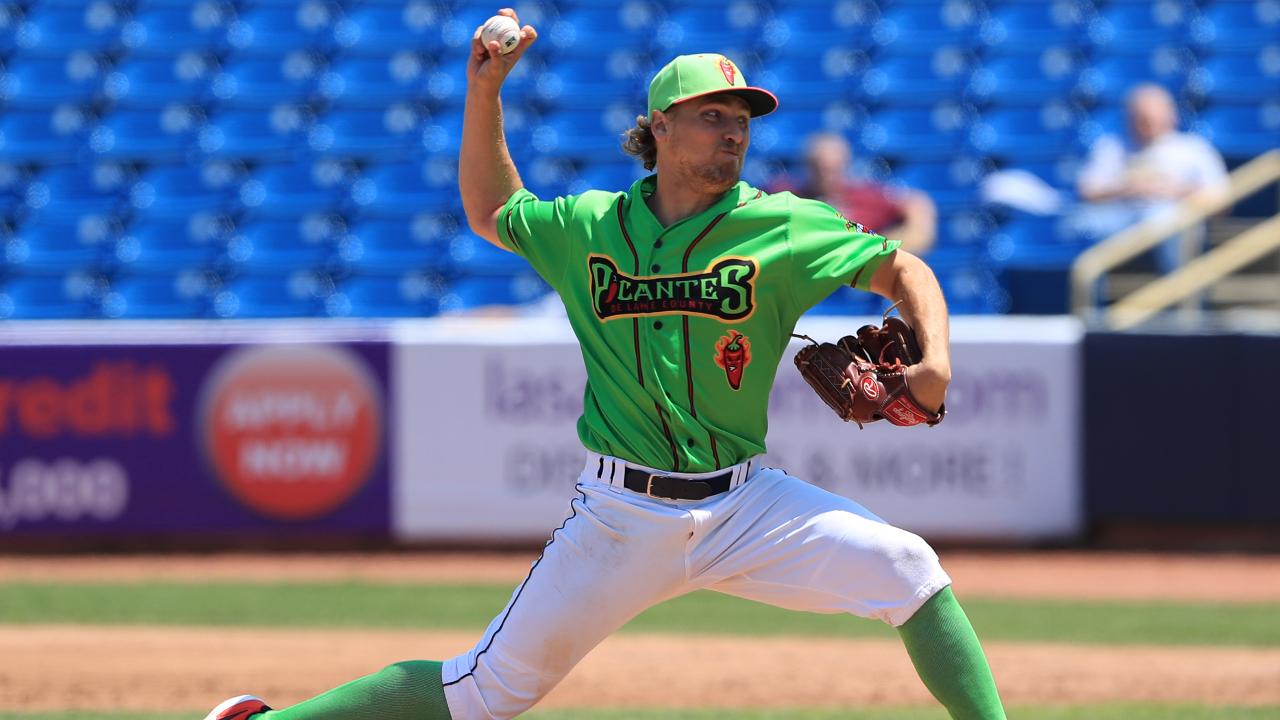 (Eastlake, OH) - The Lake County Captains (33-35, 73-63), playing as the Picantes for the final time in 2019, were held scoreless on Saturday night in a preview of the opening round of the Midwest League Postseason. The Great Lakes Loons (38-30, 81-54), whom Lake County will face on Wednesday to open the best-of-three Eastern Division Semifinals, blanked the Picantes at Classic Park, 6-0, to begin a three-game series at Classic Park to end the regular season.

Loons starter Zach Willeman pitched six scoreless innings and only allowed one hit, which did not come until the fifth when Bo Naylor singled with two outs to break up the no-hitter. Willeman (4-7) struck out one, walked four and hit one batter, but kept Lake County off the scoreboard to earn the win. Reliever Edward Cuello pitched three scoreless frames and allowed two hits with one hit batsman, no walks and one strikeout to notch his third save.

Great Lakes opened the scoring with four runs in the second. The Loons loaded the bases with nobody out on a single by Justin Yurchak, a walk by Picantes starter Alex Royalty to Romer Cuadrado and a single by Matt Cogen. Brandon Lewis then bounced a ball to shortstop for a force out at second and Yurchak scored the game's first run. Later in the inning, an RBI fielder's choice by Jair Camargo scored Cuadrado and Sam McWilliams doubled home two more to give the Loons a 4-0 lead.

Lewis connected in the sixth inning to extend Great Lakes' lead to 6-0. Picantes reliever Tim Herrin walked Cogen with one out and Lewis followed with a drive over the left field wall for a two-run homer.

Royalty (6-9) took the loss for Lake County. The right-hander worked four innings and surrendered four runs on three hits. He struck out three, walked two and hit one batter.

The series between Great Lakes and Lake County continues on Sunday night with the penultimate game of the regular season. First pitch at Classic Park is scheduled for 7:00 p.m.