No comeback this time 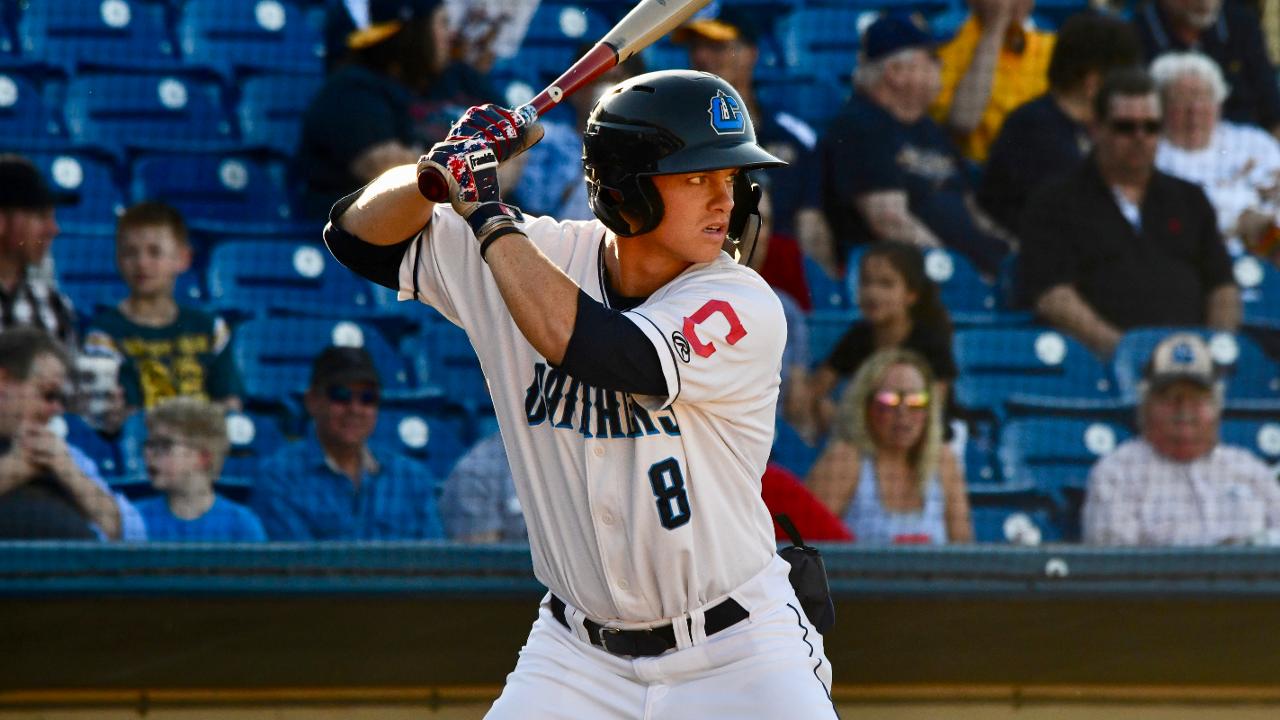 Cody Farhat tripled and scored the Captains' only run on Monday. (Paul DiCicco)

The Bees scored the game's first run in the second inning. Keinner Pina led off with a single, but Captains starter Zach Draper struck out the next two batters. Justin Jones followed with a single to put men on the corners and then Morgan McCullough shot a single into right that plated Pina.

Burlington pushed its lead to 2-0 in the third. Draper walked Spencer Griffin with one out and Spencer Del Valle followed with a single. Pina then popped a ball up into shallow right that fell in between second baseman Makesiondon Kelkboom and right fielder Cody Farhat . Kelkboom picked the ball up and threw to second for the force out, but Griffin scored from third on the play.

Lake County scored its first and only run in the top of the fourth. Farhat began the frame by bouncing a ball into the left field corner and ripping around the bases for a triple. Two batters later, Miguel Jerez hit a blooper into right-centerfield. Jones raced out from second base and made an over-the-shoulder catch, but Farhat tagged up from third and scored to cut Burlington's lead to 2-1.

The Bees added a run in the fifth on an RBI single by Griffin and their pitching staff shut the door the rest of the way. Burlington's arms retired the last 13 Captains in order, including 12 outs by the bullpen duo of Greg Veliz (two innings) and Austin Krzeminski (two innings) to seal the win. Krzeminski notched his third save of the season.

Bees starter Cole Duensing earned the win. Duensing (6-4) held the Captains to one run on two hits over five innings. He struck out six, walked three and hit one batter.

Draper (5-2) allowed three runs over five innings and took the loss. The southpaw struck out six, walked one and gave up seven hits.

The Captains took two out of three games in Burlington and went 3-3 on their Western Division road trip. Lake County begins a six-game homestand on Wednesday against a pair of Western Division opponents, the Cedar Rapids Kernels and Peoria Chiefs. First pitch for game one of three against Cedar Rapids is scheduled for 7:00 p.m. at Classic Park.