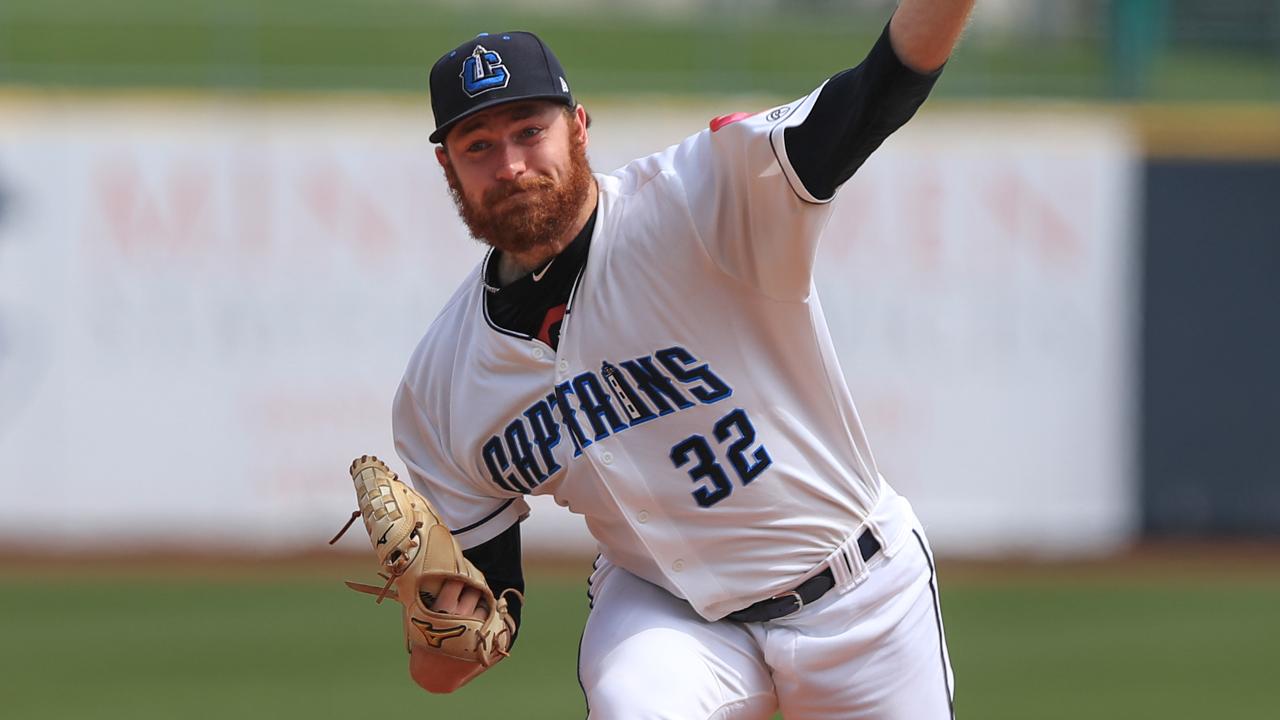 (Eastlake, OH) - The Lake County Captains (34-35, 74-63) wrapped up the regular season with a win against the Great Lakes Loons (38-31, 81-55), the team they will face in round one of the Midwest League Playoffs. Thanks to George Valera 's three-run triple in the seventh and four perfect innings of relief by Zach Draper , the Captains beat the Loons on Monday at Classic Park, 6-3.

The Captains opened the scoring in the bottom of the first. Hosea Nelson and Bryan Lavastida hit back-to-back one-out singles. After a wild pitch moved the runners to second and third, Bo Naylor knocked in Nelson with a sacrifice fly to left, giving the Captains a 1-0 lead.

The Loons knotted the score in the second. Justin Yurchak singled with one out and scored two batters later when Leonel Valera hit an RBI double off of Captains starter Matt Turner . Great Lakes then grabbed a 2-1 lead in the fourth when Romer Cuadrado led off with a homer to right-centerfield.

Lake County came back to tie the score in the sixth. With reliever Kevin Malisheski on the mound for the Loons, the Captains loaded the bases with nobody out. Naylor led off with a double, Valera followed with a walk and Raynel Delgado singled. The Captains, however, only managed one run on a game-tying sacrifice fly to right by Jesse Berardi that scored Naylor from third. Lake County attempted a double steal with men on first and third, but the Captains' George Valera was thrown out at home by Loons shortstop Leonel Valera. Malisheski then struck out Daniel Schneemann to end the frame.

The Captains took the lead in the seventh. Once again, Lake County loaded the bases, this time with one out. Quentin Holmes singled and reliever Joel Inoa walked the next two men, Nelson and Lavastida. Inoa then struck out Clark Scolamiero , pinch-hitting for Naylor. Valera came up next and delivered for the Captains. He pulled a grounder into the right field corner. All three Captains runners scored and Valera raced to third with a triple to give the Captains a 5-2 lead. A passed ball brought home Valera to make it 6-2.

The Loons threatened against lefty Jake Miednik in the ninth, but Lake County held on. Dan Robinson singled with one out, Luke Heyer doubled with two outs and Valera singled in Robinson to cut the Captains' lead to 6-3. Miednik then got Brandon Lewis to ground out to Berardi at second to end the game.

Draper (9-4) retired all 12 men he faced in relief of Turner to earn the win. The southpaw reliever struck out four men over four perfect innings.

Inoa (2-3) took the loss for Great Lakes. The right-hander worked one inning, the seventh, and allowed four runs, three earned, on two hits. He struck out one and walked two.

The Captains face the Loons on Wednesday night to start the first round of the playoffs. Lake County will host game one of the best-of-three series at Classic Park. First pitch is scheduled for 7:00 p.m. The Captains are making their sixth appearance in the postseason and their first since 2014.