Castro drives in three in victory over Storm Sunday 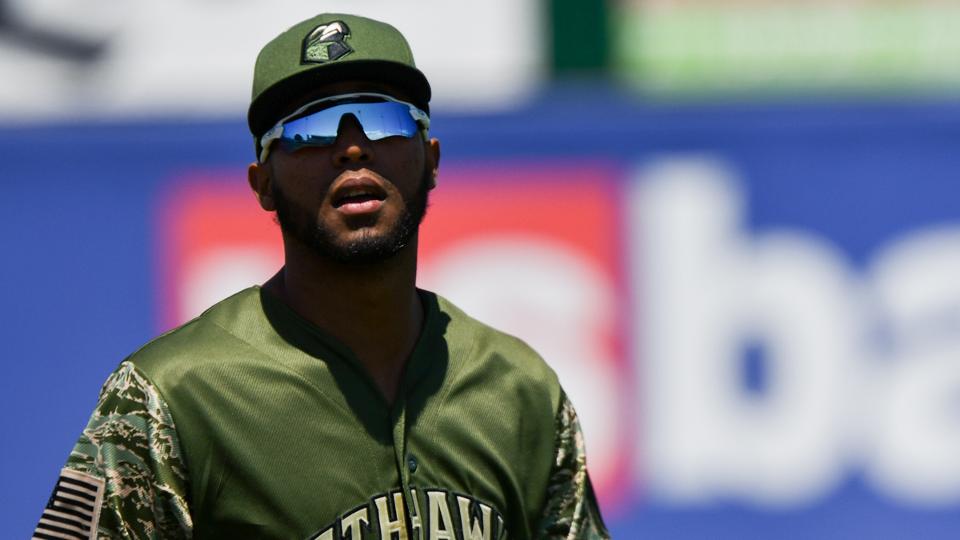 LAKE ELSINORE, Calif. - After a difficult month of August, the JetHawks got a win over the Lake Elsinore Storm, 5-2, on the first day of September Sunday evening at The Diamond. Luis Castro led the way on offense behind a strong start from Garrett Schilling.

The Storm (37-32, 72-65) scored first with a run in the second inning, but the JetHawks (34-35, 68-69) responded with a four-run third inning. Luis Castro came up with the bases loaded and ripped a base hit to left field. Jeisson Rosario misplayed the ball, allowing it to roll to the wall. The single and error allowed four runs to score on one swing against Felix Minjarez (1-1).

Garrett Schilling (9-8) turned in a strong effort in his final start of the season. He worked into the seventh inning, allowing two runs (one earned) on six hits. He finishes the year with a dozen quality starts.

Castro came through again in the seventh inning to give the JetHawks an insurance run. Ryan Vilade led off the inning with a single. A stolen base got him to second, and Castro drove him home with a single to centerfield. With three runs batted in on the night, Castro has 96 RBIs this season for Lancaster.

Lake Elsinore threatened late, but the Lancaster bullpen was able to hold the Storm off. Moises Ceja struck out six batters over 2.1 innings. He left after walking a batter with two outs in the ninth.

Robert Tyler came in and surrendered a single, bringing Luis Campusano to the plate as the tying run. Tyler struck out Campusano on three pitches to earn his first save.

The Storm had at least one hit in each of the final five innings. But the Storm left 10 men on base, going just 2-for-11 with men in scoring position.

With the win, Lancaster can avoid a losing season if they win Monday's season finale. The JetHawks have not had a losing record since 2011.

The season concludes on Labor Day with an evening matchup at The Diamond. Lefty Lucas Gilbreath (5-10) starts against Angel Acevedo (0-0) Monday. First pitch in Lake Elsinore is at 6:00 pm.