Vilade homers in loss at Lake

JetHawks have lost seven of nine to Storm in August 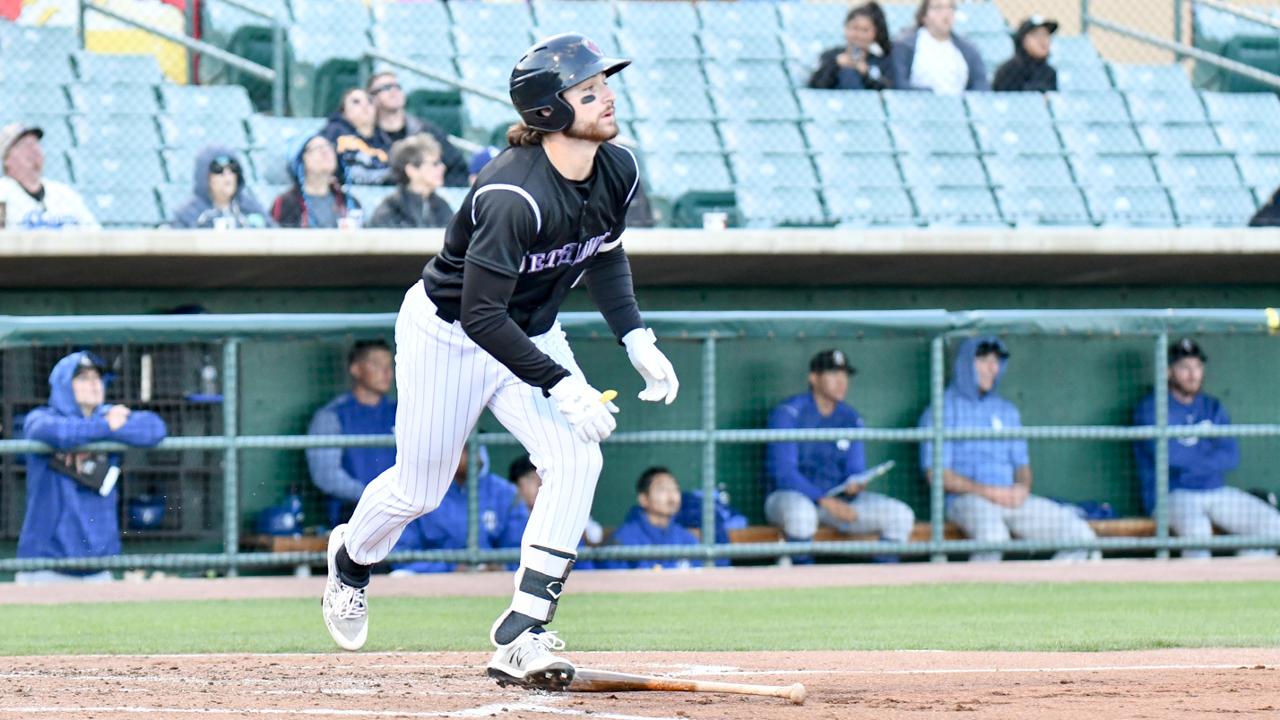 LAKE ELSINORE, Calif. - Ryan Vilade homered in the first inning, but the Lancaster JetHawks lost to the Lake Elsinore Storm, 6-3, at The Diamond Saturday night. The JetHawks have lost seven of nine August games against the Storm.

A night after being eliminated from the playoffs, the JetHawks (33-35, 67-69) started strong. Ryan Vilade hit an opposite-field home run in the first inning to give Lancaster an early lead. The home run was Vilade's 12th of the season.

But Lake Elsinore (37-31, 72-64) answered quickly, scoring three times in their half of the first inning. Eguy Rosario drove in two with a double, and Jack Suwinski added a sacrifice fly to put the Storm in front.

Kyle Olliges (0-1) took the loss in his second start for Lancaster because of the first inning. He gave up three runs (two earned) in 3.1 innings.

The JetHawks put some pressure on the Storm in the sixth inning, scoring twice on RBI singles from Taylor Snyder and Matt McLaughlin. But Lancaster was unable to tie the game. Edwuin Bencomo (1-0) earned the win in his Cal League debut, giving up three runs in five innings.

The Storm added a pair of insurance runs in the bottom of the eighth, putting the JetHawks down by three heading into the ninth. That proved to be too much, as Cody Tyler sealed his first save for the Storm.

The Storm handed the JetHawks an eighth loss in their last ten games. Lancaster is 11-17 in the month of August. Lake Elsinore's recent dominance of the JetHawks helped them clinch a playoff berth Friday.

The final series of the season continues Sunday evening at The Diamond. Garrett Schilling (8-8) gets the start for Lancaster against Reiss Knehr (3-5). First pitch is set for 5:00 pm.