Checking in on the progress of the Minors' four new facilities 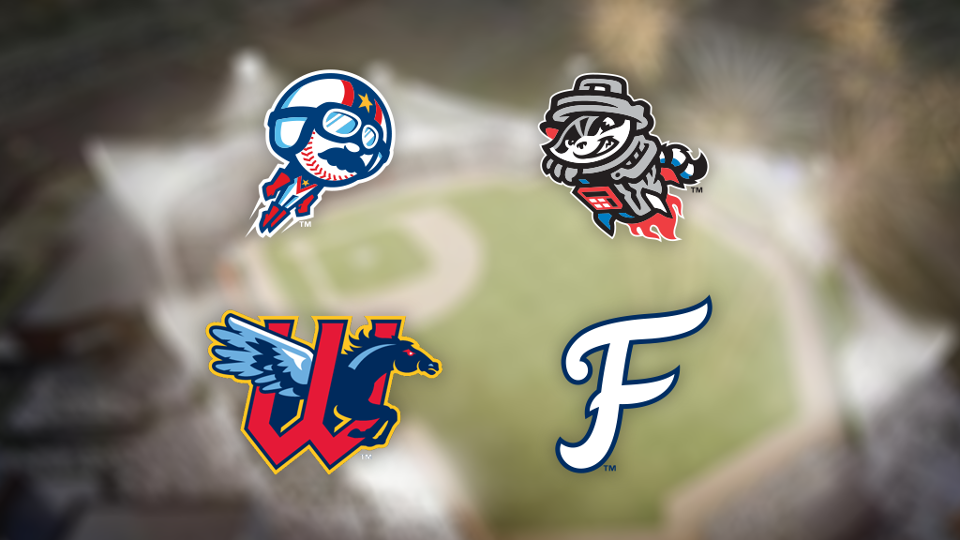 What do Madison, Alabama; Kannapolis, North Carolina; Wichita, Kansas; and Fredericksburg, Virginia, have in common?

For those keeping score at home, 2020's quartet of new ballparks will be the most to open in a Minor League season since five debuted in 2009: Huntington Park (Columbus, Ohio); Coolray Field (Lawrenceville, Georgia); Bowling Green Ballpark (Bowling Green, Kentucky); Parkview Field (Fort Wayne, Indiana) and Greater Nevada Field (Reno, Nevada). The 2020 stadium slate is a diverse one as well, as each one operates in a different league and at different level of play. This edition of Batting Around looks at the current state of each ballpark and its resident team as we all hurtle headlong toward Opening Night.

The Miami Marlins affiliate will play in a ballpark located on the same site as Wichita's previous ballpark, Lawrence-Dumont Stadium, which was demolished for this yet-to-be-named facility, which also will host the National Baseball Congress World Series. The groundbreaking occurred approximately 14 months before its scheduled April 14 opening. During the Aug. 7 topping-off ceremony marking the placement of the final structural steel beam, team owner Lou Schwechheimer said upwards of 200 events will take place at the ballpark each year (including 70 regular-season Wind Surge games). In nearby Sedgwick, Kansas, the infield grass is being grown at a farm cultivating three acres of Bermuda grass. A 24-hour ballpark construction camera maintained by Wichita Tech Services can be viewed here. This is the second time in as many years a new ballpark has opened in the Pacific Coast League; 2018's new entry was Las Vegas Ballpark (home of the Aviators).

Head on over to our YouTube channel to catch this weeks construction update which features the start of the concourse being poured #SurgeOn https://t.co/ORc8QIrDbQ pic.twitter.com/zQKuZqo3iI

Madison, Alabama (Double-A Southern League)
The furthest along of the four parks is in Madison, Alabama, as construction got underway during in summer 2018. This facility, located in the greater Huntsville area, will host the Rocket City Trash Pandas. That team, the Double-A affiliate of the Los Angeles Angels, was formerly the Mobile BayBears. Huntsville last hosted Minor League Baseball in the form of the Huntsville Stars, who relocated to Biloxi, Mississippi, in 2015.

Last month, the Trash Pandas announced their approximately $46-million ballpark will be known as Toyota Field. North Huntsville has been home to a Toyota engine manufacturing plant since 2003, and this name advertises the automobile company's presence in the region. Like many new parks, Toyota Field is the centerpiece of a larger economic development project. As Alabama.com reported in May, an 18-kitchen food hall will serve as "the primary connection between the Town Madison retail/restaurant district and the development-anchoring stadium." Toyota Field is the first new ballpark in the Southern League since Biloxi's MGM Park opened in 2015. That facility hosts the Shuckers, who previously existed as the aforementioned Huntsville Stars. The Trash Pandas have been providing regular updates on Toyota Field's construction via their Twitter page. Opening Night is set for April 15.

Work continues on the seat installation on the Third Base side! pic.twitter.com/DChYzLuGqI

Fredericksburg, Virginia (Class A Advanced Carolina League)
Fredericksburg will be the new home of the relocating Class A Advanced Potomac Nationals, who were based approximately 30 miles north in Woodbridge, Virginia. The team solicited team name suggestions in conjunction with the upcoming move, but ultimately decided to retain the Nationals moniker (albeit with new logos, including marks depicting notable Fredericksburgian George Washington as well as his mother, Mary).

Fredericksburg's ballpark, costing approximately $35 million, is slated to open on April 23. Although a groundbreaking ceremony took place in February, substantial construction did not get underway until the summer. Should the new ballpark not be ready in time, the team retains a lease at its previous home of Pfitzner Stadium. In September, P-Nats general manager Nick Hall told Fredericksburg.com that "It's obviously the beginning stages, but based on some good weather this offseason, we'll definitely be looking at an April start time." This will be the second time in as many seasons that a new park has opened in the Carolina League, following Fayetteville's Segra Stadium. The team is providing bi-weekly construction updates on their website.

Start off your week by checking in on the construction progress! ⚾️
Don't forget to reserve your seat at the ballpark, as the seating bowl is filling up fast! Call 540-858-4242 to purchase your Founders Club Full Season Tickets today.
🎥: Max Aerial Imagery pic.twitter.com/LtmvldRHkV

The Class A affiliate of the Chicago White Sox announced its new Cannon Ballers moniker last month (the name is, in part, a reference to the Cannon Mills textile company that gave the city its name). The Cannon Ballers will play at what the city refers to as an SEV (sports and entertainment venue), which serves as the centerpiece of a sprawling downtown revitalization plan. A groundbreaking ceremony took place on Oct. 30, 2018; the facility is scheduled to host its first Cannon Ballers game on April 16. It is the third South Atlantic League facility to open in the past five seasons, joining Columbia's Segra Park (2016) and Augusta's SRP Park (2018). Construction updates can be found here.

One year ago today we broke ground on the Downtown SEV! pic.twitter.com/1wttlAPMdX