A's to call up Luzardo from Triple-A 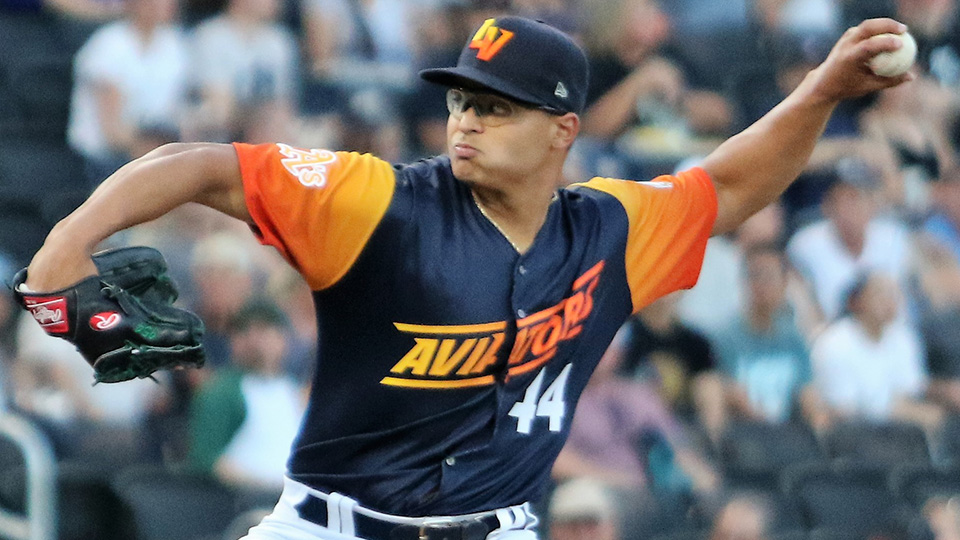 Jesus Luzardo believed he was ready for the Majors. Now the A's do, too.

Oakland's top prospect will join the big league club in Houston on Monday. He last pitched Friday for Triple-A Las Vegas. When he debuts, Luzardo will become the first Peruvian-born player to reach the game's highest level.

"I feel like I've done everything they've asked of me and showed them everything they needed to see," he told MiLB.com on Aug. 30. "But at the end of the day, I don't make that decision. So wherever I get the ball is where I'll throw."

As Spring Training progressed, it appeared that place was going to be The Show. But MLB.com's No. 18 overall prospect strained his left shoulder days before he was expected to break camp as a member of the A's rotation. He worked his way back up to Triple-A before suffering a Grade 2 strain of his latissimus dorsi muscle in early July.

A month later, a healthy Luzardo restarted. The southpaw pitched once in the Rookie-level Arizona League and again for Class A Advanced Stockton before rejoining the Aviators. His first start was rough -- he surrendered four earned runs on six hits and with one strikeout over 3 1/3 innings on Aug. 15 -- but he had dominated since.

The 21-year-old allowed three earned runs over 21 innings in his last four starts for Las Vegas His last appearance came during the Pacific Coast League semifinals when he fanned seven and gave up one run on seven hits in 5 2/3 innings. The Aviators were eliminated on Sunday.

Luzardo joins an A's team that holds down the second American League Wild Card spot with 19 games to play.

Oakland acquired the 2016 third-round pick Luzardo in the July 2017 deal that sent Sean Doolittle and Ryan Madson to the Nationals.