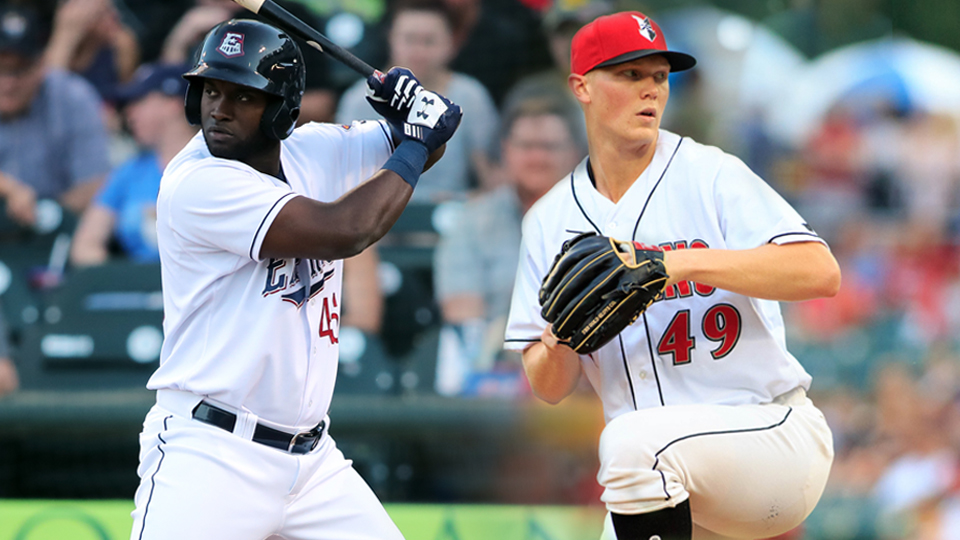 The baseball season thus far has been highlighted by a slew of high-profile promotions like Vladimir Guerrero Jr. and Mike Soroka. But there are still loads of top talent at the Minors' highest level.

Led by Yordan Alvarez (Astros) and Mitch Keller (Pirates), 17 players among MLB.com's Top 100 Prospects ignite the 2019 Triple-A All-Star Ballot, presented by the Grilling All-Stars. Voting has begun, giving fans the chance to send the top performers from the International and Pacific Coast Leagues to the All-Star Game on July 10 in El Paso, Texas, home of the Chihuahuas.

Alvarez -- the No. 26 overall prospect -- has been putting up video game numbers all season long and paces Triple-A batters with a .396 average while leading the Minors with a 1.347 OPS for Round Rock. Fellow PCL All-Star hopeful Kevin Cron (D-backs) has also been scorching the ball and is tops in the Minors with 21 homers and 52 RBIs for Reno.

If they don't get called up to the Majors first -- like Brendan Rodgers (Rockies No. 1) and Keston Hiura (Brewers No. 1), who are on the ballot -- some of the Minors' most promising bats in Round Rock's Kyle Tucker (Astros No. 2), El Paso's Luis Urias (Padres No. 3) and Fresno's Carter Kieboom (Nationals No. 1), plus speedsters Corey Ray (San Antonio; Brewers No. 2) and Monte Harrison (New Orleans; Marlins No. 3) could make up the PCL lineup.

Challenged with quieting all that offense will likely be Keller and a group of other strong IL arms. Ranked as the No. 4 right-handed pitching prospect, Keller utilized a plus fastball to go a league-leading 5-0 through his first nine starts with Indianapolis. He could be joined by dominant righties Dylan Cease (Charlotte; White Sox No. 4), Kyle Wright (Gwinnett; Braves No. 2) and Bryse Wilson (Gwinnett; Braves No. 7)

For the other halves of the frames, fans can vote for southpaw Justus Sheffield (Tacoma; Mariners No. 1) and New Orleans' stingy one-two punch of Zac Gallen (Marlins No. 7) and Elieser Hernandez. Gallen tops Triple-A with 74 strikeouts while Hernandez leads the level with a cool 1.07 ERA. Corbin Martin (Astros No. 4) is also on the ballot, though he's been in the Majors since May 12. A potential batterymate to all those top hurlers is Las Vegas catcher Sean Murphy (A's No. 3) and his plus-plus arm.

While the IL batters might not be as highly-ranked -- besides Norfolk's Ryan Mountcastle (Orioles No. 1) -- they will still be tough outs for those PCL starters. Indianapolis' Jake Elmore (Pirates) and Durham's Jake Cronenworth (Rays) and Kean Wong (Rays) are all hitting above .350 while Gwinnett's Adam Duvall (Braves) has 15 homers and Louisville's Josh VanMeter (Reds) is slugging .736. No. 11 overall prospect Bo Bichette (Blue Jays) is currently out with a broken hand, but is expected to return to action with Buffalo in June.

All-Star Game selections will be made up by equal parts fan, media and Triple-A field/general manager picks. Voting ends at 11:59 p.m. ET on Friday, June 21 and each fan can vote up to 25 times, so vote early and often!