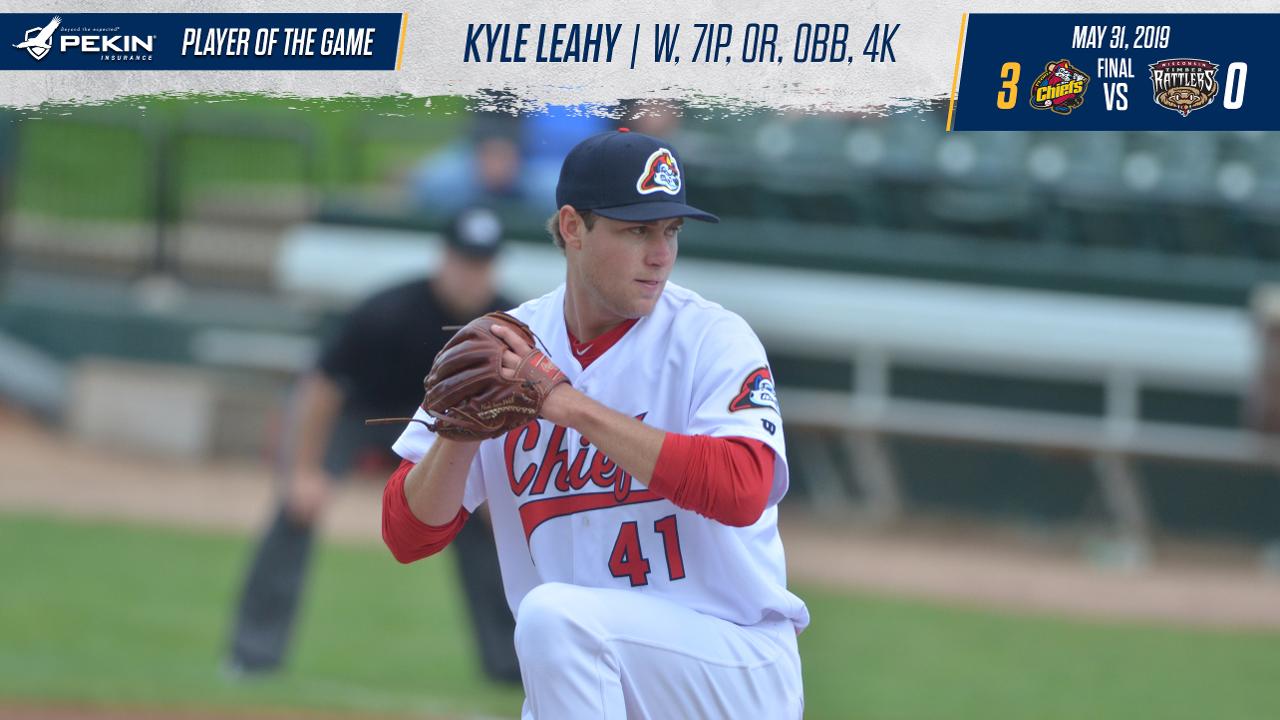 Appleton, WI - With the help of seven scoreless innings from Kyle Leahy, the Peoria Chiefs defeated the Wisconsin Timber Rattlers 3-0 Friday night. The Chiefs improve to 23-30 on the season with game two of the series set for Saturday at 7:05 p.m.

The Chiefs got on the board early in the top of the first against Wisconsin starter Logan Gillaspie. With one out, Delvin Perez singled and advanced to third on a single by Nolan Gorman. With runners on first and third, Ivan Herrera singled to right and Perez and Gorman scored on a fielding error by Wisconsin right fielder Jesus Lujano for the 2-0 lead.

The Chiefs added an insurance run in the top of the eighth. With two outs Brady Whalen singled and scored on Leandro Cedeno's second triple of the season to increase the lead to 3-0.

Leahy (3-4) earned his third win of the season, pitching a career-high seven shutout innings allowing three hits and striking out four. Thomas St. Clair pitched one inning allowing two hits with two walks and one strikeout. Evan Sisk pitched the final inning striking out one en route to his second save of the season.

The Chiefs continue their series with the Wisconsin Timber Rattlers Saturday at 7:05 p.m. Peoria will start RH Alvaro Seijas (3-4, 3.42) against Wisconsin LH Aaron Ashby (3-2, 3.64). The broadcast can be heard, starting with the Pre-Game Show at 6:50 p.m. on the Peoria Chiefs Tune-In Page, which is free and also has a free app for smartphones and tablets.