Five straight years to the Playoffs for Rancho 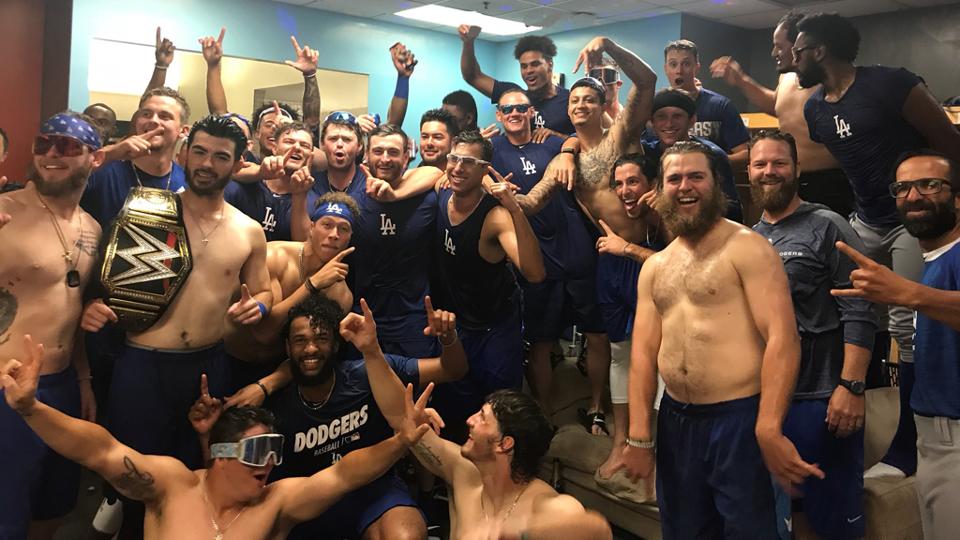 San Bernardino, CA - The Rancho Cucamonga Quakes have qualified for the postseason for the fifth consecutive year, as on Tuesday night, they were crowned First Half South Division Champions.

With Lake Elsinore's loss at home to Lancaster, the Quakes' 2019 playoff fate was officially determined, while the Quakes were actually in the middle of their contest against Inland Empire, a game the Quakes would go on to win by a final score of 7-5 to complete a five-game sweep at San Manuel Stadium.

Jeren Kendall's go-ahead homer to open the ninth broke a 5-5 tie against Jorge Tavarez (0-2), with Connor Wong later chipping in with an RBI double to help the Quakes take a 7-5 lead to the last of the ninth.

Max Gamboa (3-1), who got the final two outs of the eighth, worked around a 2-out walk to secure the win in the ninth.

Devin Mann set the tone on the very first pitch of the game, as he blasted Inland Empire starter Aaron Hernandez's first pitch out to left field for a 1-0 lead. Mann's 11th homer was the first of four round-trippers hit by Rancho on Tuesday night.

Including Kendall's game-winner (4th), the Quakes also got home runs from Connor Wong (12th) and Donovan Casey (8th) to help pave the way to their season-best fifth straight win.

On Wednesday, Rancho will try to extend their season-high win streak to six as they host the Lake Elsinore Storm in the opening game of a five-game set. Leo Crawford (1-3) is set to come off the injured list to start on Wednesday, while the Storm will counter with Aaron Leasher (3-5) with first pitch set for 7:05pm from LoanMart Field.

Wednesday is Terra Vista Animal Hospital Bark in the Ballpark, as dogs are welcome to the ballpark with the purchase of a three-dollar pet pass. Purchase tickets online at rcquakes.com or by calling (909) 481-5000. Go Quakes!