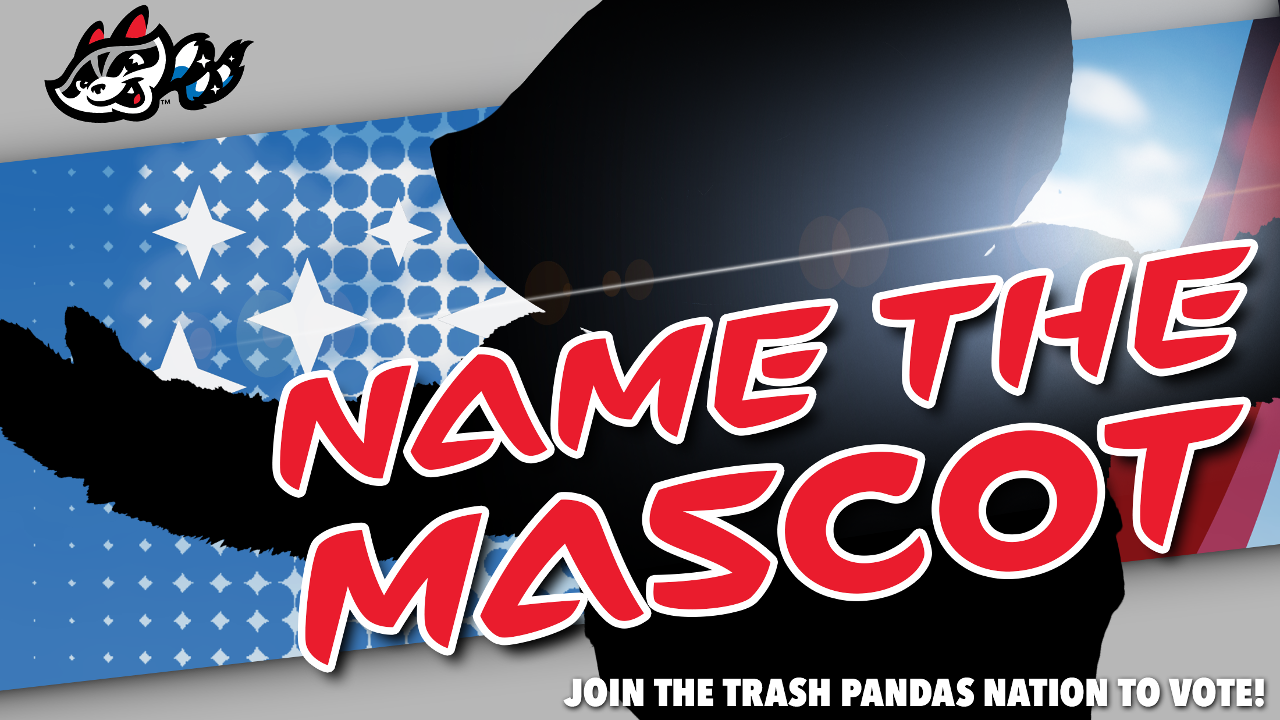 HUNTSVILLE, Alabama - November 11, 2019 -- A long-awaited moment will arrive Friday, November 22, when the Rocket City Trash Pandas' mascot makes his public debut with none other than Santa Claus in the 12th annual Lights Up! holiday lighting ceremony at Bridge Street Town Centre.

"The Rocket City Trash Pandas are truly honored to take part in this North Alabama holiday tradition," said President and CEO Ralph Nelson. "As our gift to the community, we are presenting…or should I say, 'unwrapping' our mascot."

For more than a decade, residents have visited Bridge Street for the ceremony marking the traditional start of the holiday season. Festivities run from 4:30-7:00 p.m., with the tree-lighting at 6:15. The mascot will be revealed just prior to the lighting - and Santa has asked if the Trash Panda can assist lighting the tree.

Over the next two weeks, season ticket holders and other Trash Pandas Nation members will receive a ballot via email to vote for one of six names: Apollo; Buzz; Cosmo; Crash; Jetson; and Sprocket.

"After the success of the fans' voting on the name of our team, I can't wait to see what name they choose for our mascot," Nelson said.

Following the tree-lighting ceremony, the mascot will sign autographs in the Trash Pandas Emporium, the official store of the Rocket City Trash Pandas, at the foot of the bridge.

Bridge Street Town Centre's "Lights Up!" event is filled with festivities for the entire family. The crowd will enjoy live music from local band Big Daddy Kingfish, the Christmas tree lighting, Santa Claus, and fireworks. It's a spectacular event that will help everyone get into the Christmas spirit.

The Trash Pandas mascot and costume was designed by San Diego-based Brandiose and created by Custom Characters of Glendale, California.