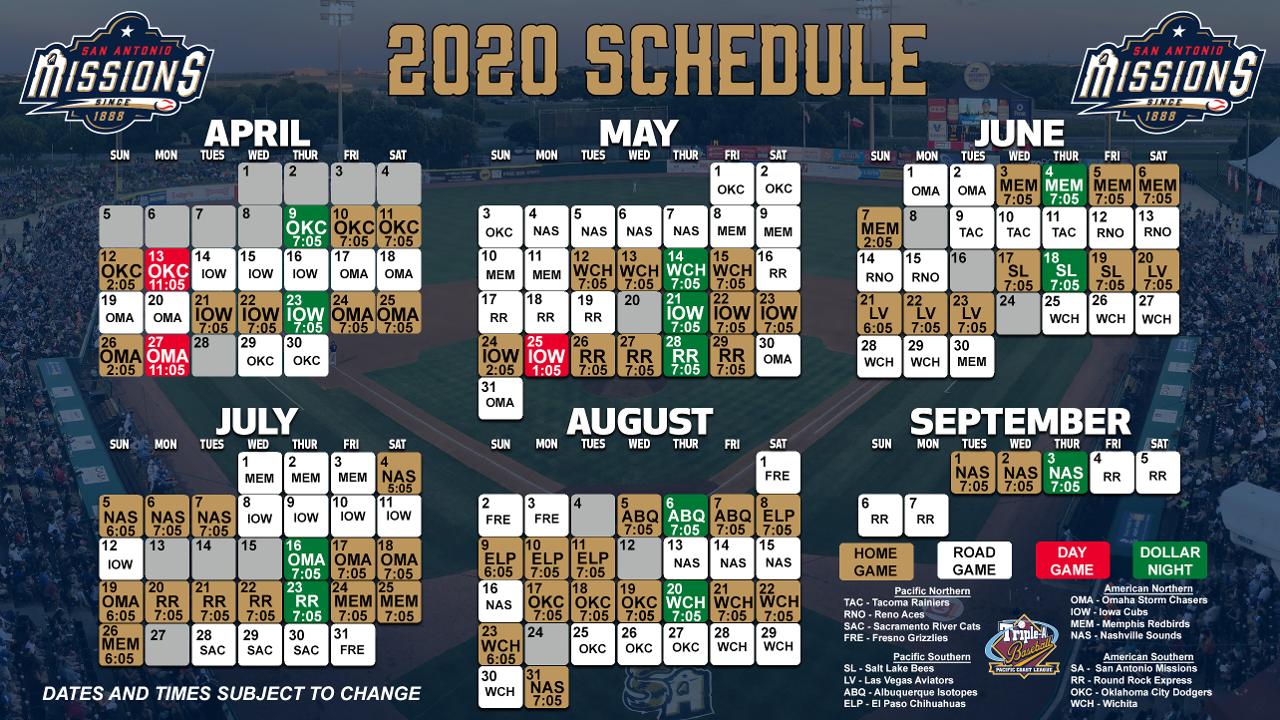 SAN ANTONIO - The San Antonio Missions Baseball Club announced its schedule for the 2020 season today. 2020 will be San Antonio's second season as a member of the Pacific Coast League and the Triple-A affiliate of the Milwaukee Brewers. For the first time since 2016 the Missions will open up their season at Nelson Wolff Municipal Stadium. Opening Day is scheduled for Thursday, April 9 when the Missions welcome the Oklahoma City Dodgers to the Alamo City for a five-game series.

The Missions will be at home on notable dates such as Easter Sunday (April 12) against Oklahoma City, Memorial Day (May 25) against the Iowa Cubs, and July 4 against the Nashville Sounds.

Returning in 2020 are Two Dollar Tuesdays and Dollar Night on Thursdays with the Missions transforming into the Flying Chanclas. Fireworks will light up the sky following each Saturday game. The rest of the 2020 promotional schedule will be released at a later date.

Five ball clubs the Missions have never faced at Wolff Stadium will be in town in 2020. The yet to be named Wichita Baseball Club will play two four-game sets in San Antonio. The first series will be from May 12-15 and the second will be from August 20-23.

The longest homestand of the season is an 11-game stretch from July 16-26 while the longest road trip of the campaign is 13 games from April 29-May 11.

2020 will be the 119th season of baseball in San Antonio and second as the Triple-A affiliate of the Milwaukee Brewers. Season seat memberships for the 2020 season are available now by calling 210-675-PARK (7275).