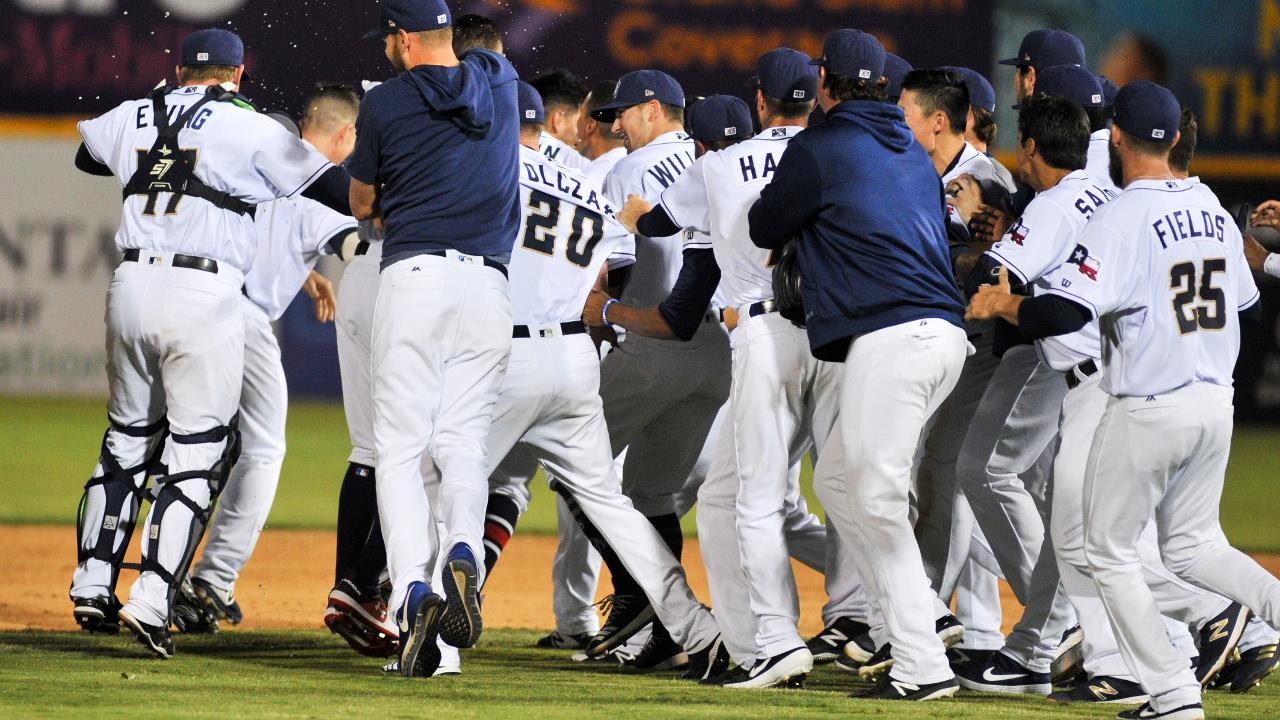 Way back in June and July, when the Missions showed up to play at Wolff Stadium, a certain electricity coursed through the grandstand.

A buzz could be felt by both fans and front office personnel.

On almost a nightly basis, something special happened to spark dreams of a playoff run in the team's first summer of baseball in the Pacific Coast League.

Perhaps, even a championship.

Or, David Freitas clubbing doubles into the gap.

One night, it would be shortstop Mauricio Dubon, making diving plays in the infield. The next night, it was Trent Grisham, hitting for a two home-run cycle.

Pitching. An improving defense. A high-octane offense. For a few months, the Missions seemed to have it all.

And then, just as suddenly, they didn't.

After significant roster changes, the Milwaukee Brewers' Triple-A affiliate limped home with a 12-19 record after the July 31 trade deadline to finish 80-60 and out of the playoffs.

Reflecting on the season's wild ride recently, Missions manager Rick Sweet expressed bittersweet emotions about climbing to 27 games over .500 at the end of July, and then failing to nail down a division title.

"We were clicking on all cylinders," Sweet said Tuesday morning. "Then, I don't want to say the wheels started coming off, but things started changing. We hung in there for as long as we could, and I thought the guys battled.

"I never questioned how hard our players worked and what they did."

Round Rock, a Houston Astros affiliate, trailed the first-place Missions by five games on July 18 and then promptly erased the deficit, sprinting to the American Southern Division title and the playoffs with an 84-56 record.

Last week, as the Missions lost three out of four at Round Rock to fall out of contention, Sweet seethed with emotion.

But as the days passed and the season came to a close earlier this week, the 30-year veteran manager calmed down a bit.

He started to see a bigger picture, acknowledging that he now feels good about his team's entire body of work.

The success is reflected in the makeup of the Brewers' 33-man active roster. Almost half of those players (16 of them) played for the Missions this season.

Grisham, Cory Spangenberg, Jackson and a few others play regularly for a team that is contending for a National League wild card berth.

Hiura had been starting until he was sidelined last week with a hamstring strain.

Now, the Brewers' playoff hopes may hinge on whether the 23-year-old Californian can return with his .301 batting average and 16 homers by late September.

Brewers manager Craig Counsell is counting on it.

"I was talking to Couns the other day, and he laughed," Sweet said. "He goes, 'I've got four of your guys in the starting lineup and one, Keston Hiura, that would have been (there, if not for the injury).' "

Back in April, May and June, Hiura opened eyes all over baseball with an uncommon ability to hit for average and power in his first year in Triple-A.

With his power stroke, he could jerk a breaking pitch onto the left field berm at Wolff, or he could hit a fastball on the outside part of the plate and deposit it beyond the wall in right.

It was a special moment in June when Sweet reached 2,000 career victories on a night when Hiura belted what was his 19th and final home run for the Missions.

But, as the manager emphasized in an interview that ran for 35 minutes, he said the best part of his first season as manager in San Antonio can be traced to playing in front of Alamo City fans.

Even though Missions' attendance ranked 14th in the PCL with an average of 4,891 paying customers per night, the ball club emerged with the best home record at 49-21.

"They've got passion," Sweet said of the fans. "I felt it. I heard it. I saw it. They rooted us on, and when we didn't play well, they let us know about that, too."

Asked for a favorite memory of the summer as it pertained to one of his players, he said it unquestionably centered on Spangenberg.

In May, after Spangenberg was cut from the Brewers' 40-man roster, he returned to San Antonio, re-tooled his game and made it back to the majors with a late August call-up.

Spangenberg was unhappy on May 14 when it happened. But rather than sulk about it, he took responsibility.

By getting designated for assignment and then clearing waivers, Spangenberg essentially learned that not one of the 30 major league teams wanted him on their roster.

He told Sweet that he needed to pick it up.

In response, Spangenberg backed up the talk, hitting .309, while also producing 28 doubles and 28 stolen bases with the Missions.

After 113 games in Triple-A through Aug. 24, the veteran from Clark's Summit, Pa., was summoned back to the major leagues by the Brewers.

"It will be a story that I will tell for the rest of my career," Sweet said. "It will stand out as one of the top things of my career, how he handled that situation."

Not every memory for Sweet had a warm and fuzzy feel to it.

At the trade deadline, the gods of baseball basically kicked him in the gut as he lost both Dubon and Grisham, a dynamic outfielder, on the same day.

As Grisham was called up to the Brewers, Dubon was traded to the Giants.

Thirteen days later, Smith was designated for assignment by the Brewers and consequently was lost by the Missions.

One of Sweet's steadiest starting pitchers landed with the Giants organization.

"That's Triple-A," the skipper said with a shrug at the time.

Looking ahead to next season, Sweet said that he definitely wants to return to manage in San Antonio.

As for the makeup of next year's roster, he declined to speculate on what it might look like, in what will be the second year of the Brewers' two-year player development contract with the Missions.

Long term, Sweet said that he hopes for everyone's sake that local government and the Missions can work out a deal for a new stadium.

He said a downtown location is important so that it can be accessed by fans in all areas of the city.

"That's why you do it downtown, so everyone will be involved," Sweet said. "The downtown area, with the River Walk, is so cool already. If you put this (new stadium) near there, it's going to be a happening place."