The Ivy at Berlin Place, home to 121 all-new high-end luxury apartments adjacent to Four Winds Field, is decidedly reminiscent of Wrigleyville on the north side of Chicago, just 90 miles away. 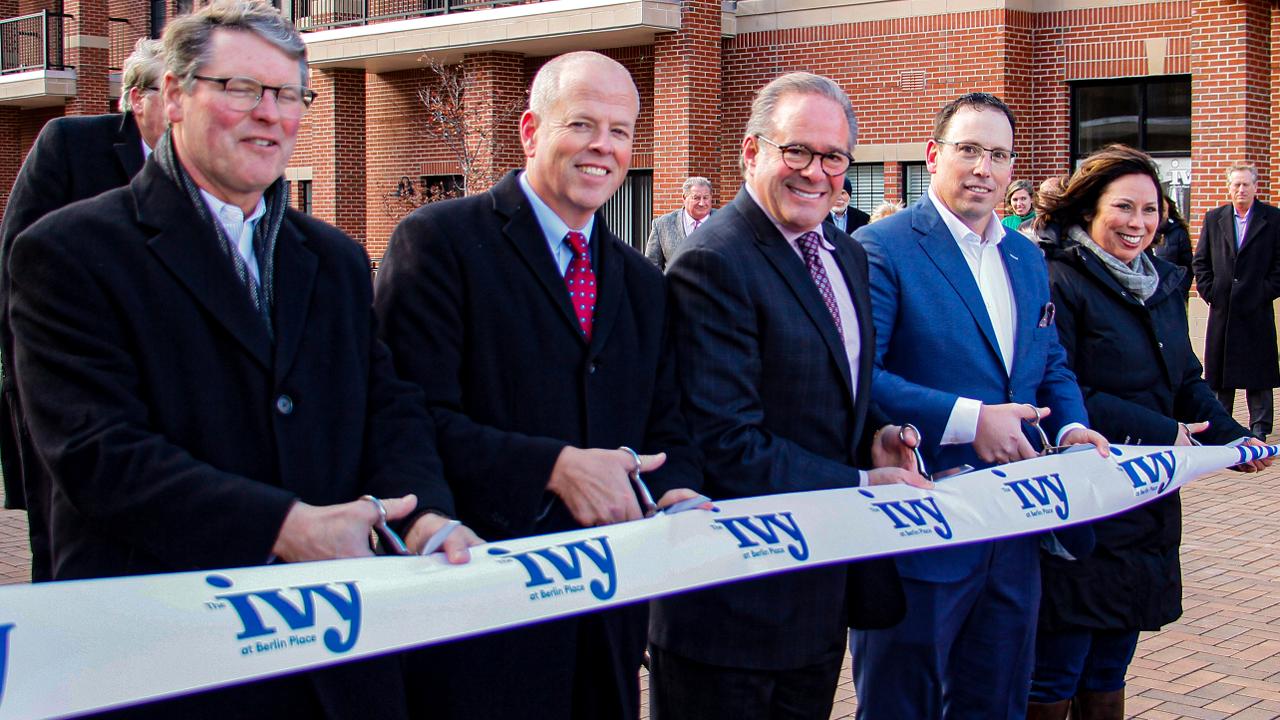 SOUTH BEND, IN - Today, in a ticker tape-style ceremony, the ribbon was cut for the first all-new residential housing development in the Renaissance District of downtown South Bend in over fifty years. The Ivy at Berlin Place, home to 121 all-new high-end luxury apartments adjacent to Four Winds Field, is decidedly reminiscent of Wrigleyville on the north side of Chicago, just 90 miles away. But unlike Chicago's Wrigleyville, the South Bend buildings are all new from the ground up.

"This is both a reflection of my personal commitment to the citizens of the greater South Bend region, and my confidence in the growing vibrancy of this entire area," said Andrew T. Berlin, who's now invested well north of fifty million dollars in and around Four Winds Field. Berlin is Owner of the South Bend Cubs and an investor in the Chicago Cubs. "Not only will I be living here when I'm in town, but I'll be joining other rooftop party-goers who celebrate game nights on the rooftop party decks and balconies. This new development, with retail space on the first floor, is designed to be reminiscent of Wrigleyville in Chicago. And no one is more excited about it than I am."

"The financial commitment to this region that began almost nine years ago by Andrew, at the height of the deepest recession in modern American history, has been tremendous," added Jeff Rea, President & CEO of the South Bend Regional Chamber of Commerce. "That initial burst of optimism, not to mention the millions of dollars he poured into our city-owned stadium, paved the way for a renaissance such as we've never seen in this great city. And this new 22 million- dollar upscale development is just the latest example of the confidence he brings to our region."

"I'm delighted to help cut the ribbon on The Ivy at Berlin Place," said Laura O'Sullivan, Chief of Staff for South Bend Mayor Pete Buttigieg. "This complex marks another downtown residential option, adding to the hundreds of housing and hotel units in our re-energized core. The Ivy has opened at the perfect time for residents to enjoy all that downtown has to offer."

"The Ivy features the best amenities, and even the ability to own pets, right downtown," added Berlin. "It's the kind of place that I would want. That's why I'll be living here with everyone else."

Residential space will be leased and managed 24-hours-a-day by Bradley Company of South Bend. Visit www.TheIvyAtBerlinPlace.com to see what it's like to live, work and play in these new luxury apartments adjacent to Four Winds Field in South Bend.