Available November 6, this limited time offer includes a ticket to all seven championship giveaway nights and guarantees the holder each giveaway item 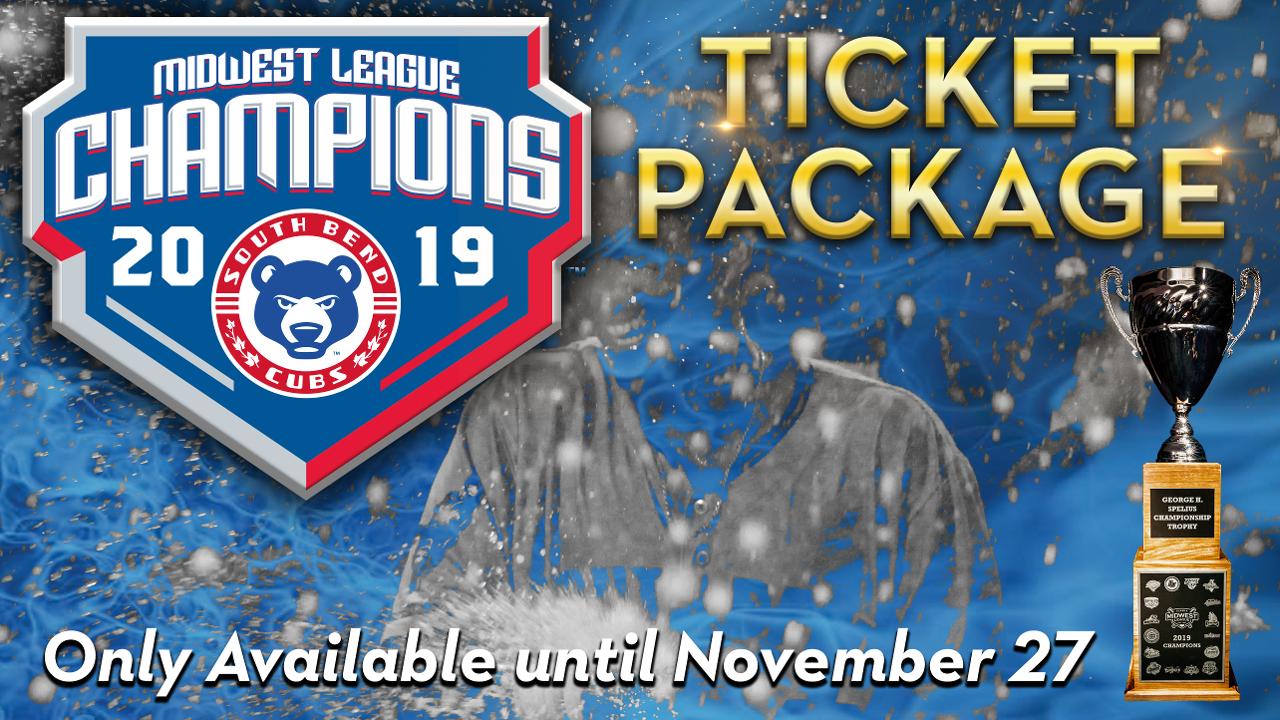 SOUTH BEND, IN - To commemorate the 2019 Midwest League Championship, the South Bend Cubs will offer a Championship Ticket Package that includes all seven of the championship giveaway items planned for 2020.

"This is the first franchise championship in 14 years and our first as a Chicago Cubs affiliate," said South Bend Cubs Assistant General Manager Andy Beuster. "We know how much it means to our fans and are planning some fun ways to commemorate this historic moment. This ticket package is just the first of many plans for the 2020 season."

Each ticket package includes one field box ticket and will guarantee the holder to the championship giveaway item of that day. Ticket holders will receive a voucher that can be exchanged for the giveaway item inside the stadium. They will not have to wait in line when the gates open.

Game dates included in the package are:

This limited time offer is only $99 per package and on sale now. Tickets cannot be exchanged for any other game during the 2020 season. Giveaway items must be claimed on the day they are given out. Packages can be purchased by visiting the South Bend Cubs Box Office or by calling (574) 235-9988. Packages will only be available until November 27. All promotions and items subject to change.