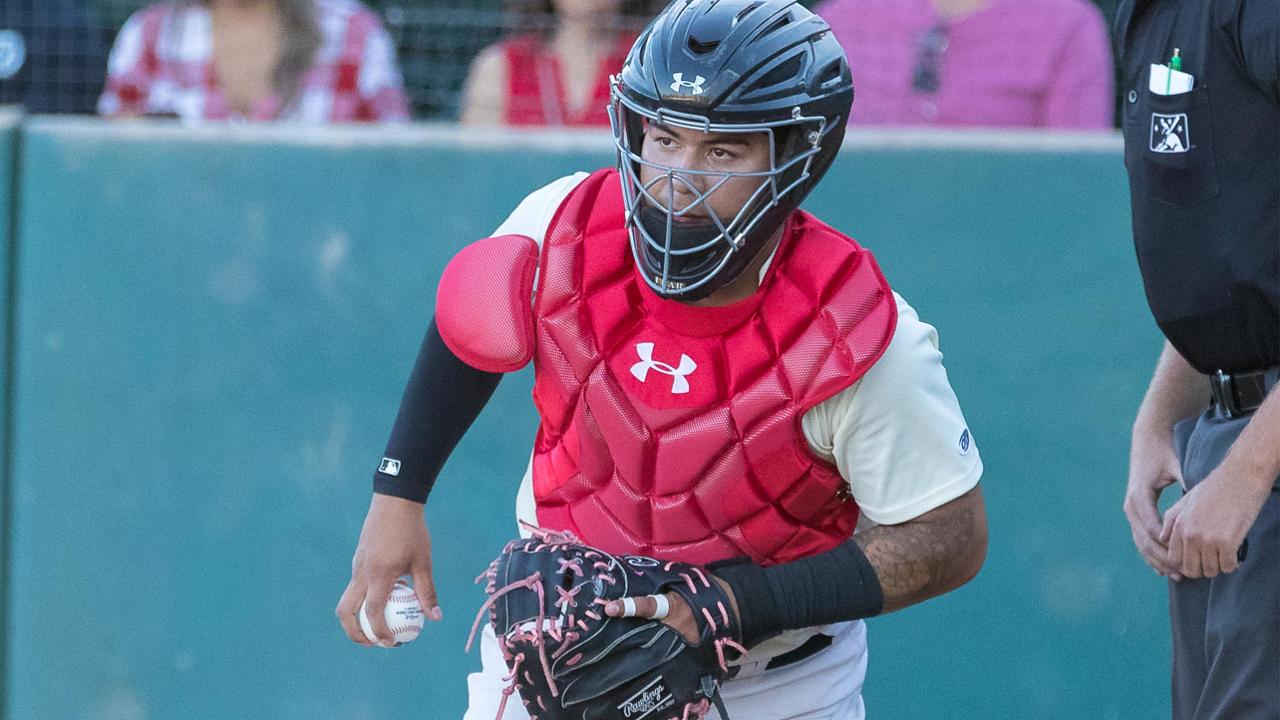 SAN JOSE, CA- Rawhide defeat the San Jose Giants 4-3 to take Game 2. Rawhide scored in the first inning for the second straight game. Alek Thomas doubled on a shallow fly ball to right-center field. Luis Alejandro Basabe moved him to third on a ground out to short stop. Eduardo Diaz struck out swinging but the pitch rolled to the backstop on a pass ball by Hamlet Marte . Diaz was safe at first and Thomas scored.

In the second, Rawhide extended their lead to three. Max Murphy singled to right field to begin the inning. Jose Herrera doubled off the left field wall to drive in Murphy. Herrera advanced to third on Jorge Perez 's single to left field. The left fielder, Diego Rincones , bobbled the ball allowing Herrera to score on the error. Rawhide led 3-0.

Giants scored their first run of the game in the bottom of the second. Courtney Hawkins doubled off Rawhide starter Bryan Valdez to begin the inning. Manuel Geraldo drove him in by doubling down the left field line. In the third, Kyle McPherson and Shane Matheny led off with back-to-back base hits. Rincones grounded into a double play to make it McPherson on third with two outs. David Villar drove him in with a base hit to left. After three inning, Rawhide led 3-2.

Eduardo Diaz blasted a solo shot over the left field wall in the sixth for his first hit in the post-season. San Jose answered in the bottom half of the inning. Jose Cuas came in to pitch for the Rawhide and gave up three consecutive base hits to make it bases loaded with no outs. Heath Quinn grounded into a double play, but Rincones scored from third base. Geraldo lied out to short stop to end the inning. Rawhide led 4-3 after six innings.

Cole Bartlett pitched the seventh and eighth for the Rawhide. He worked out of a lead-off walk and hit batsman in the seventh without a run scoring. In the eighth, he had bases loaded with one out and did not allow a run to score to keep the Rawhide ahead by one.

In the ninth, Herrera drove in Yoel Yanqui for his second RBI of the game to extend Visalia's lead 5-3. Breckin Williams pitched the bottom of the ninth for the second straight night. He struck out the side to earn his second save in as many nights.

Rawhide are 2-0 in the series and need to win one of the next three games at home to advance to the championship. The final games of the season will be played at Recreation Park.