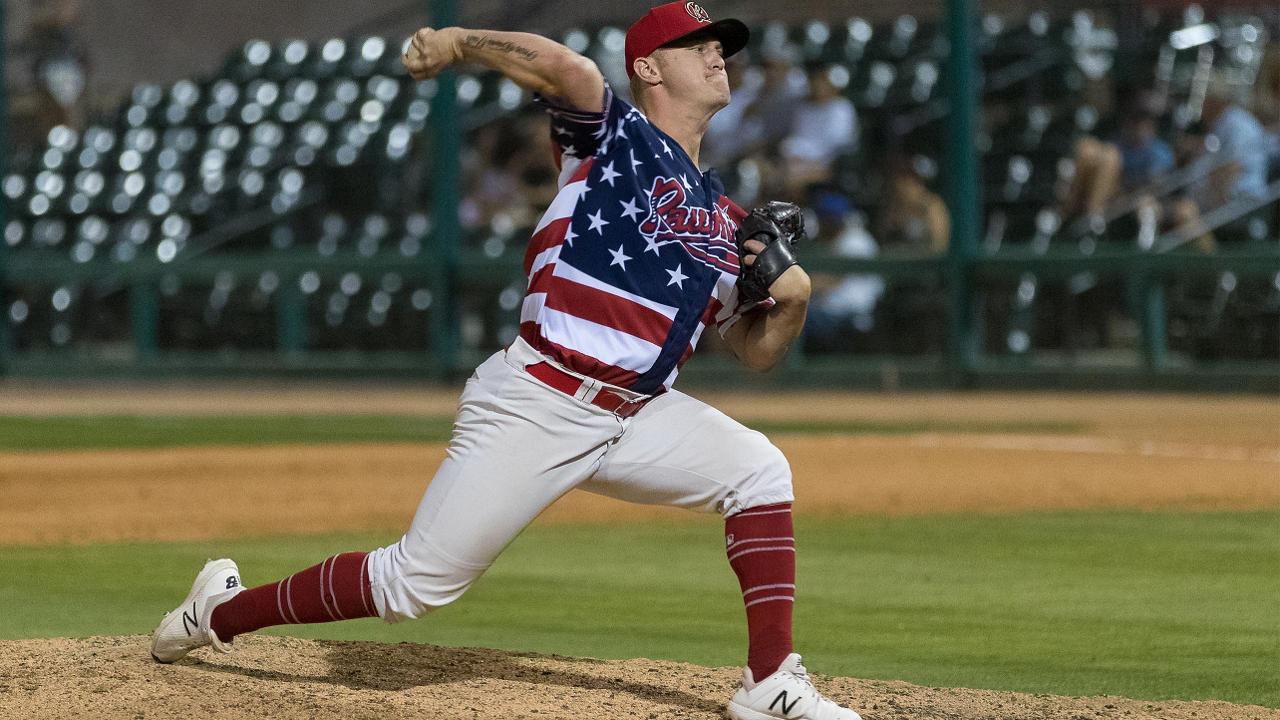 VISALIA, CA- Rawhide score two runs in the eighth to take the lead in Game 3 of the Championship Series. Visalia scored first for the third time of the series.

Geraldo Perdomo led off the first inning with a double and later scored off Luis Alejandro Basabe 's double to give the Rawhide the early 1-0 lead. It was Basabe who drove in Alek Thomas for the second run of the game in the third inning.

Luke Weaver started for the Rawhide as a part of a MLB rehab assignment for the Diamondbacks. He pitched two scoreless innings before Justin Lewis relieved him. Lewis gave up a two-run blast by Gabriel Arias that tied up the game. Those were the only runs Lewis gave up in his three and two-third innings of work. Jose Cuas pitched two and one-third scoreless innings to earn the win.

In the bottom of the eighth, Basabe picked up his third RBI when he singled to right field. Thomas scored from first to give the Rawhide the 3-2 lead. Eduardo Diaz reached base on a hit by pitch to make it runners on second and first with no outs. Yoel Yanqui flew out to left field, but Lee Solomon dropped the ball on the transfer. That fielding error allowed Basabe to advance to third, but Diaz was doubled off at first base because he did not tag up on the play. That made it two outs with Basabe on third for the Designated Hitter, Max Murphy . He singled to left field which scored Basabe for the fourth and final run of the game.

Breckin Williams pitched a scoreless ninth inning to earn his fourth save of the post-season. Rawhide lead the best-of-five series 2-1. The team needs to win one of the next two games at home to win the California League Championship.