Arkansas tallies in 7th and 8th innings for victory 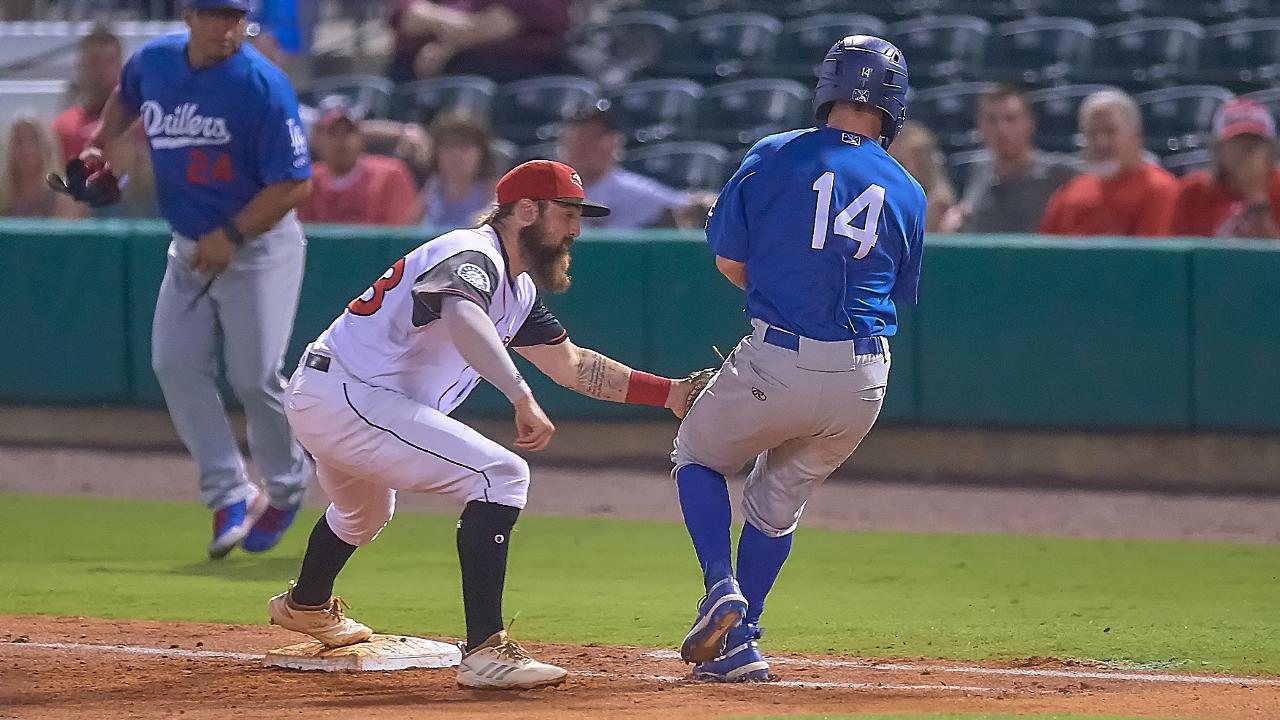 North Little Rock, AR-The Arkansas Travelers scratched across a pair of late runs in a 2-1 comeback win over the Tulsa Drillers in the opening game of the division series. Both teams missed numerous chances in the game as they combined to go 0-19 with runners in scoring position. Tulsa's lone run came on a solo homer from Connor Wong. Arkansas managed to score their two runs without the aid of a run scoring hit. Travs' starter Ricardo Sanchez fired five innings and gave up just the one run before the bullpen of Jack Anderson, Aaron Fletcher and Sam Delaplane combined for four scoreless innings. Tulsa starter JoJo Gray threw five shutout frames but both of their relievers were charged with a run.

* Sanchez got out of bases loaded situations in both the third and fourth innings. The third was particularly sticky with Tulsa putting runners to second and third with one out but Sanchez recorded the final two outs on a strikeout and a ground out.

* With two on in the seventh, Donnie Walton bunted the runners along to put a pair in scoring position. Jarred Kelenic then followed with a ground out to score Mike Ahmed from third and tie the game.

* Cal Raleigh walked opening the eighth and moved up on a groundout. With two down, Tulsa second baseman Omar Estevez threw wildly to first on a slow roller allowing Raleigh to come around with the go-ahead run.

* The only two half-innings of the game without a baserunner were the top of the 8th and top of the 9th.

* The teams combined for 20 runners left on base.

Game two of the series is Thursday night with right-hander Justin Dunn (9-5, 3.55) getting the start against lefty Leo Crawford (2-0, 2.37). First pitch is set for 7:10 and the game will be broadcast on the Sports Animal 920, the First Pitch App, TuneIn radio and milb.tv.