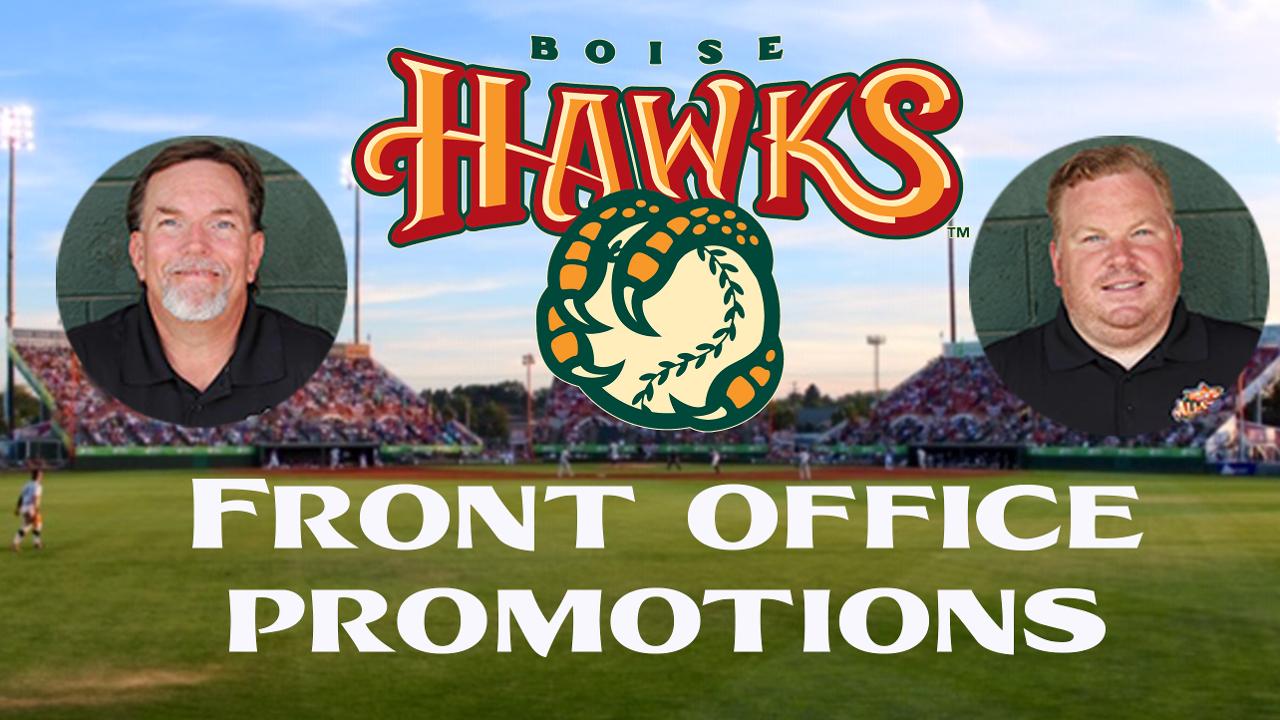 "Since we have taken over ownership and operations the Boise Hawks in 2015, we've been extremely excited about the staff, culture and enthusiasm in the community," said Boise Hawks President and Partner, Jeff Eiseman. "Two of the biggest contributors have been Bob and Mike, and it is with great pleasure that we are able to internally promote each to making our Boise Hawks stronger."

Flannery arrived in Boise as the Hawks' GM in 2014. Flannery has also served as the GM in Columbus, GA, New Haven, CT, Hagerstown, MD, and Augusta, GA. Bob was the Assistant Athletic Director at the University of Nebraska-Omaha and was the Head Baseball Coach and Sports Information Director at Nichols College. He got his start in minor league baseball in 1995 as the clubhouse manager for the Midland Angels. A native of South Hadley, Massachusetts, he is a 1990 graduate of the University of Massachusetts.

Van Hise arrived in Boise in 2015 as the AGM of the Hawks. Previous to Boise, he was the Ticket Sales Manager of the Hawks sister team - Augusta GreenJackets. His MiLB career began with the Lakewood BlueClaws, where he spent nine seasons in Group Sales, Corporate Sales and Game Entertainment. Originally from Toms River, NJ, Mike lives in Boise and currently serves as Vice President of the Boise Metro Chamber Ambassador Committee.

About the Boise Hawks

The Hawks are the Treasure Valley's top stop for affordable, family entertainment. Deposits are currently being taken for full and half season seat plans for the 2020 Boise Hawks season. To stay up to date on all things Boise Hawks, follow us on Facebook or visit www.BoiseHawks.com.