Lot of scoring in the middle three 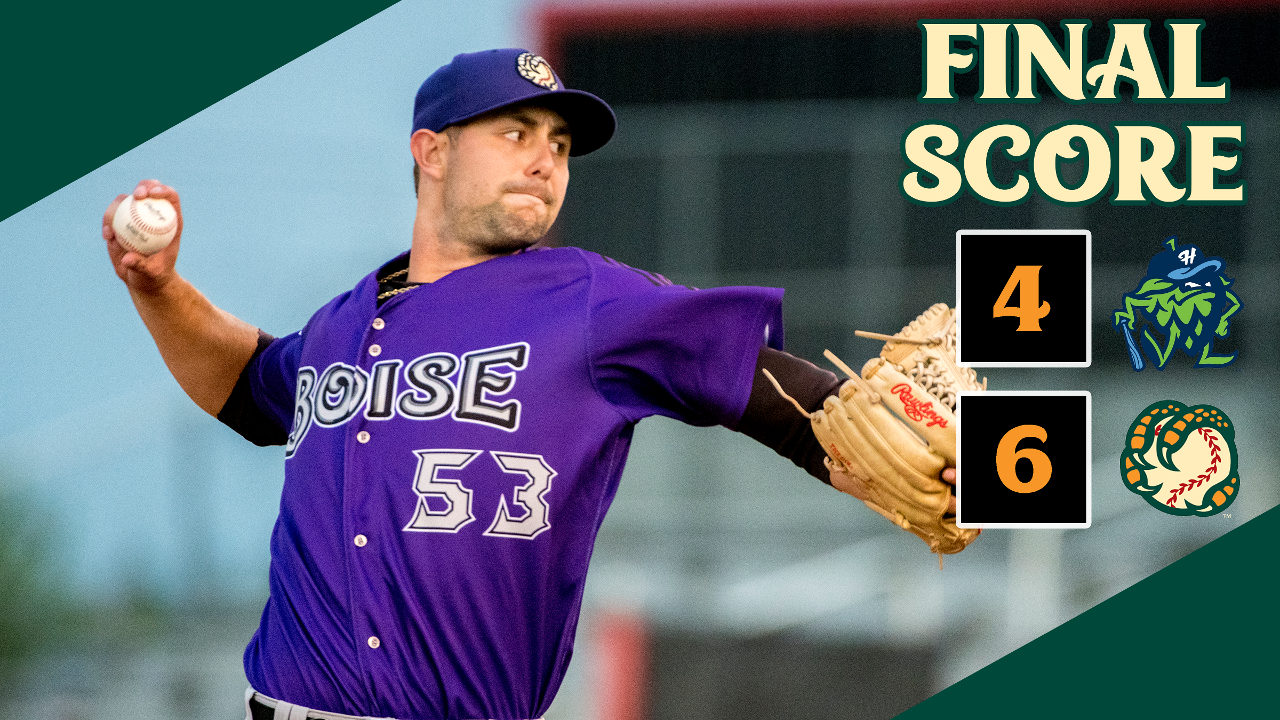 Back-and-fourth action was the theme of the night in terms of offense as the Hops jumped out in front first scoring two runs in the top of the third off an RBI-single by Jorge Barrosa and a wild pitch.

The Hawks responded in dramatic fashion scoring three runs in the bottom of the fourth. Trey Jacobs launched an RBI-double out to center field that scored LJ Hatch, giving Boise their first run. The very next at-bat, Trevor Boone lifted a ball to right field that one-hopped the wall and tied the game at 2-2. Jesus Azuaje then put the Hawks in front with a grounder to right field, scoring Boone and making it 3-2 Hawks.

Hillsboro then tied it up after Tristin English singled into right field and making it 3-3.

A wacky fifth inning then sent the Hawks in front. Hatch bounced a ball towards third but a combination of two Hillsboro throwing errors jumped the Hawks in front at 4-3. Aaron Schunk then reached on a missed catch error that scored Hatch and made it 5-3 Hawks.

Hillsboro got the score within one run after Lyle Lin singled on a rocket ground ball to left field. Jesus Azuaje would follow up with an RBI-groundout in the home half of the sixth to make it the final of 6-4 Hawks.

When Jacob Wallace was in the game to close it out, he threw two consecutive walks with one out but then responded with back-to-back strikeouts to collect his NWL-leading 12th save.

The Hawks will play their final game of the 2019 season on Monday at 5:15 p.m. from Memorial Stadium.