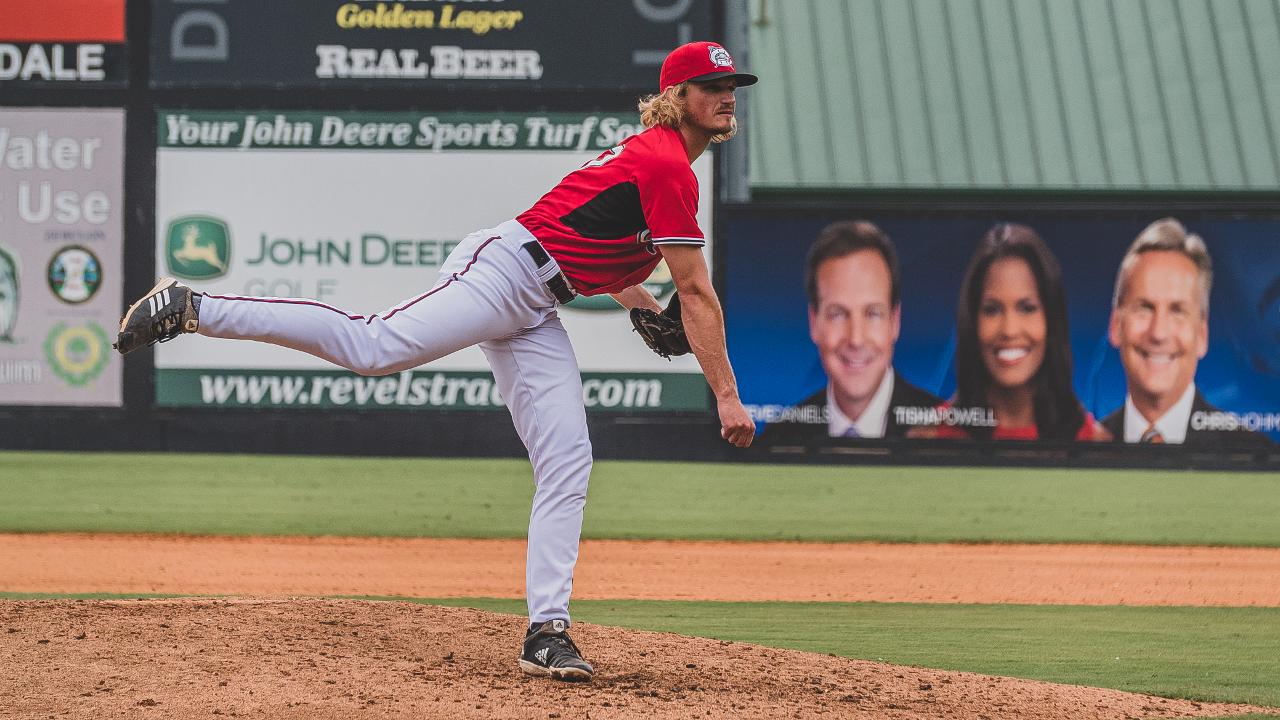 The Mudcats (12-8, 51-38) totaled a season high 16 hits and matched a season with 13 runs in the sweep clinching victory. Carolina scored four of those runs in the second and then eight more on six hits in the third while going up 12-2 early in the game. Lynchburg (11-9, 43-44) scored once in the third and once more in the fourth, but Carolina led 13-2 after the fifth and never looked back.

McInerney got the scoring started in the second while connecting on a three-run home run off starter Juan Hillman. The home run was his sixth of the season and scored both Mario Feliciano and Rob Henry. McInerney also had a double in the third and had a RBI single in the fifth while going 3-for-5 with four RBI and two runs scored.

Hairston followed McInerney's homer with a solo shot of his own in the second while lifting Carolina to a 4-0 lead. Hairston's home run was his first of the season and was his first of three hits in the game. Hairston also drove in two runs with a triple in Carolina's eight run third and singled in the fourth before leaving the game. Hairston went 3-for-3 with three RBI, two runs and finished the game a double shy of the cycle.

Henry's three-run blast in the third, meanwhile, stretched the Carolina lead to 7-1 and was his first of two run scoring at bats in the inning. He also walked with the bases loaded to force in a run in the third, but only after Hairston's two run triple, a RBI double from Wes Rogers and a sac fly from Tristen Lutz. Henry went 2-for-3 with a run, four RBI and his tenth home run of the season for the Mudcats. It was also his first game back after missing the last three games.

Matt Hardy, in a spot start for Carolina, worked into the fifth and allowed just the two Lynchburg runs over four plus frames. He also allowed seven hits and struck out four while reaching a season high 74 pitches (54 strikes) in the game.

With the victory, Carolina ended up finishing their home stand at a perfect 6-0 with a three game sweep versus Frederick to start the home stretch and their three game sweep versus Lynchburg. Carolina's current six game win streak is their longest of the 2019 season and club's longest since the 2017 team finished the year with seven straight victories.

The game will air live on the Mudcats Radio Network, The Big Dawg 98.5 FM and online at carolinamudcats.com via TuneIn Radio. The game will also stream live in full high-definition video on MiLB.tv via Minor League Baseball's subscription service.