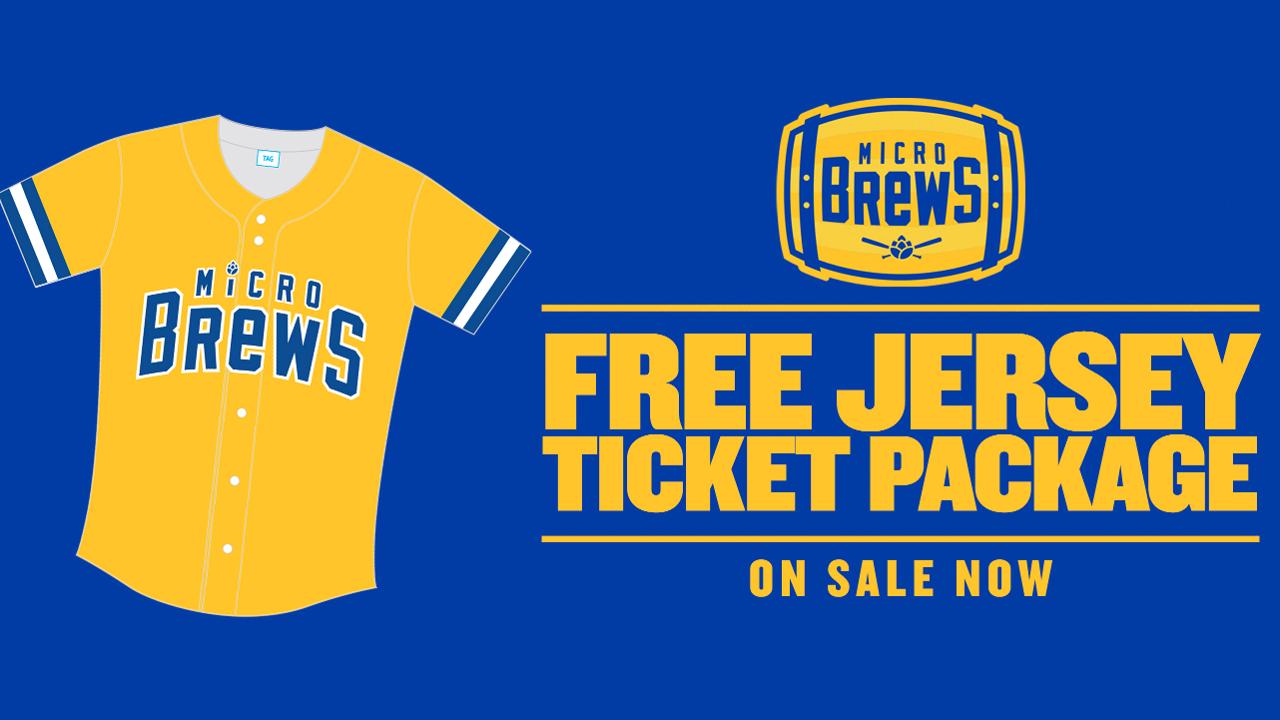 ZEBULON, N.C. - With both 2020 season ticket and mini plan ticket packages now officially on sale, the Mudcats are thrilled to additionally announce a new special edition Carolina Micro Brews 10 game ticket package highlighted by a free special edition Micro Brews jersey. This limited time offer arrives just in time for the holidays and is sure to brew up excitement for the upcoming 30th anniversary season of baseball at Five County Stadium.

The all-new Micro Brews ticket package, now on sale for $115, celebrates the second straight year of Micro Brews baseball and features a free special edition yellow Micro Brews jersey, a ticket to each of the eight scheduled Micro Brews games during the 2020 season, as well as a ticket to both Opening Night on Thursday, April 9 and Fan Appreciation Night on Monday, August 31 at Five County Stadium.

The free special edition yellow Micro Brews jerseys are only available through the Micro Brews ticket package; the jersey will not be featured as a souvenir giveaway during the 2020 season. Availability for this limited time ticket package begins today and runs through March 1, or while supplies last. Orders can be placed online at carolinamudcats.com, by calling the Mudcats at (919) 269-CATS (2287), or by visiting the team front office in Zebulon. Limit six packages per customer.

The eight Micro Brews games included in the package, featuring the Mudcats playing in Micro Brews hats and jerseys, all fall on various Thursdays throughout the 2020 season and include April 23, April 30, May 14, May 28, June 4, July 9, July 16 and August 16.

Last season, the overwhelming popularity of the Micro Brews alternate team identity resulted in a surge in merchandise sales and ticket purchases for the Mudcats. Online sales quickly spread across the nation and the Micro Brews logo, jerseys and hats were also featured in several local media publications, on local television and showcased nationally on ESPN's SportsCenter and on MiLB.com.

As previously announced, Mudcats' season ticket packages, the latest mini plans and group ticket packages are also all available now by visiting the Five County Stadium front office in Zebulon, by calling (919) 269-CATS (2287) and by visiting carolinamudcats.com. A full calendar of in-season events, theme nights, promotions and souvenir giveaways for the 2020 season will also be announced at a later date.