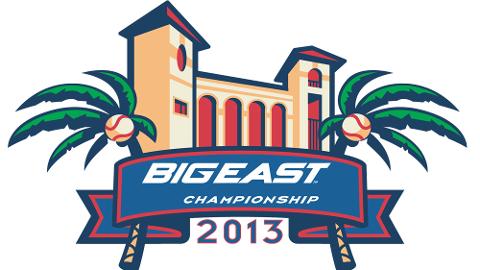 The Clearwater Threshers are thrilled to host the 2013 Big East Baseball Tournament at Bright House Field from May 22-26, sponsored by the St. Petersburg/Clearwater Sports Commission and the City of Clearwater! Make sure you come out and catch the best of the best in the Big East as they battle it out for conference supremacy!

The Opening Ceremonies are free and open to the public on Tuesday, May 21. The event includes all teams participating in the tournament as the conference recognizes players, coaches and teams with an awards ceremony followed by a Home Run Derby and fireworks. Additional activities include an autograph session and giveaways. The event starts at 6:00 pm and fireworks are at 9:00.

Games begin on Wednesday, May 22, with an $8 daily ticket getting you access to every game played that day. Alternatively, you can buy a single tournament pass for just $32, including admission to all games in the entire tournament! The championship will be Sunday, May 26 at noon, televised on ESPNU! Hope we see you at the ballpark!

Here are some useful links for more information: