Longtime executive joins from FITTEAM Ballpark of the Palm Beaches 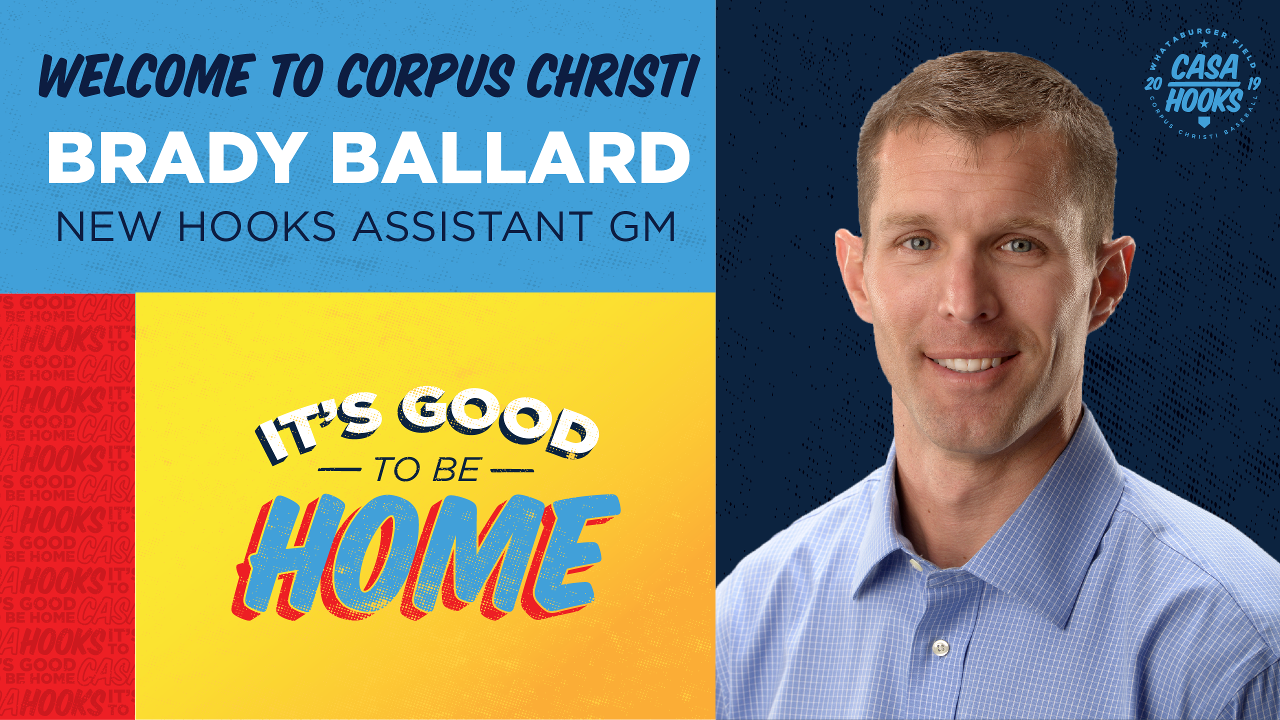 Ballard, who holds 15 years of professional baseball experience, joins the Hooks after serving since 2016 as General Manager of FITTEAM Ballpark of the Palm Beaches, Spring Training and Gulf Coast League home of the Houston Astros and Washington Nationals in West Palm Beach, Florida. Ballard oversaw all business operations at the state-of-the-art ballpark, including its construction and opening in 2017. Under his guidance, the ballpark hosted more than 200 days annually of non-Spring Training events including national amateur baseball, soccer and lacrosse events, private hospitality and community events. Prior to that role, Ballard was Vice President of Historic Dodgertown in Vero Beach, Florida, from 2013-16.

"Brady carries a wealth of knowledge and experiences in baseball leadership positions that will resonate within the Hooks organization," Weigle said. "We are excited for him to get started connecting with our fans and partners in Corpus Christi and across the Coastal Bend."

Ballard's last role in Minor League Baseball was in 2013, when he was named Executive of the Year in the Advanced-A Florida State League as General Manager of the Daytona Cubs. With the Cubs (now the Reds-affiliated Daytona Tortugas) between 2006-13, Ballard held the titles of Director of Sales, Assistant General Manager and General Manager. He received his start in professional baseball with the Jacksonville Suns (now Jumbo Shrimp) in various front office roles from 2004-05.

A two-time All-Big Ten Academic Team and 3rd-Team All-Big Ten outfielder, Ballard graduated from the University of Illinois in 2001 with a degree in economics.

"I am thrilled to be returning to Minor League Baseball in joining the Corpus Christi Hooks and continuing my relationship with the Houston Astros," Ballard said. "I look forward to contributing to the Hooks traditions of family entertainment, great baseball and a fantastic atmosphere at Whataburger Field."