Singleton goes 3-for-3 with home run and three RBIs 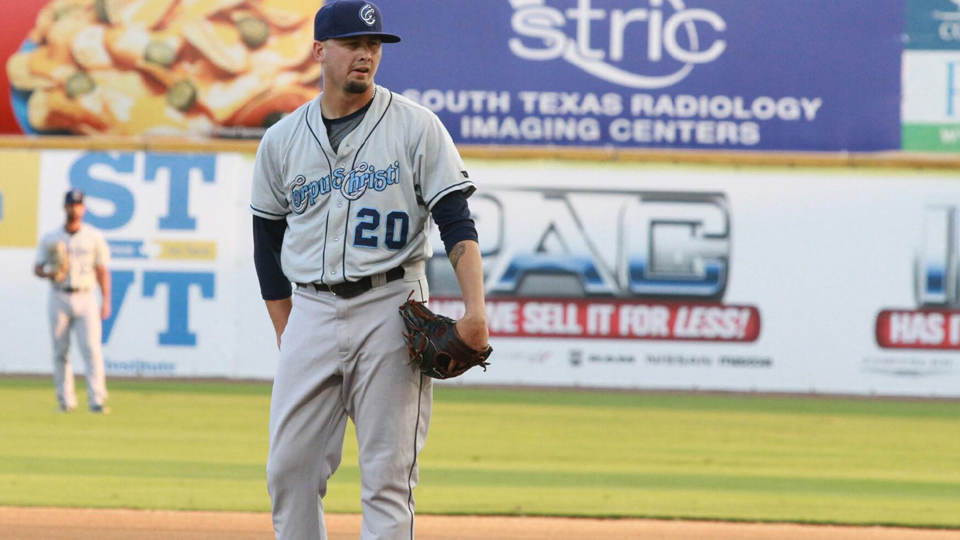 NORTH LITTLE ROCK - Dean Deetz retired 14 of the final 15 men he faced and Jon Singleton accounted for five runs Saturday night as the Hooks engineered a 6-1 triumph over Arkansas at Dickey-Stephens Park.

The Hooks, who took two of three from the Travelers, have not lost a series-opening series since 2011.

Deetz (1-0) slammed the door from there, facing the minimum thanks to a double play in the fourth. The hard-throwing right-hander struck out eight of 12 leading up to his exit after the fifth.

Dating back to the end of last season, Deetz has permitted one run in 17 Texas League innings, striking out 25 against four walks.

Singleton plated two of the three Hooks runs in the fifth via a well-placed infield hit. Garrett Stubbs, who scored from second on the play, notched an RBI single in the inning.

Leading off the eighth, Singleton crushed a Paul Paez pitch over the fence in right field. His laser-shot was Corpus Christi's first home run of the year. Later in the frame, Jack Mayfield added another tally via a two-out double to left field.

Jacob Dorris struck out a pair in two scoreless innings, and Kevin Comer fanned four of the six men he faced to end the game.