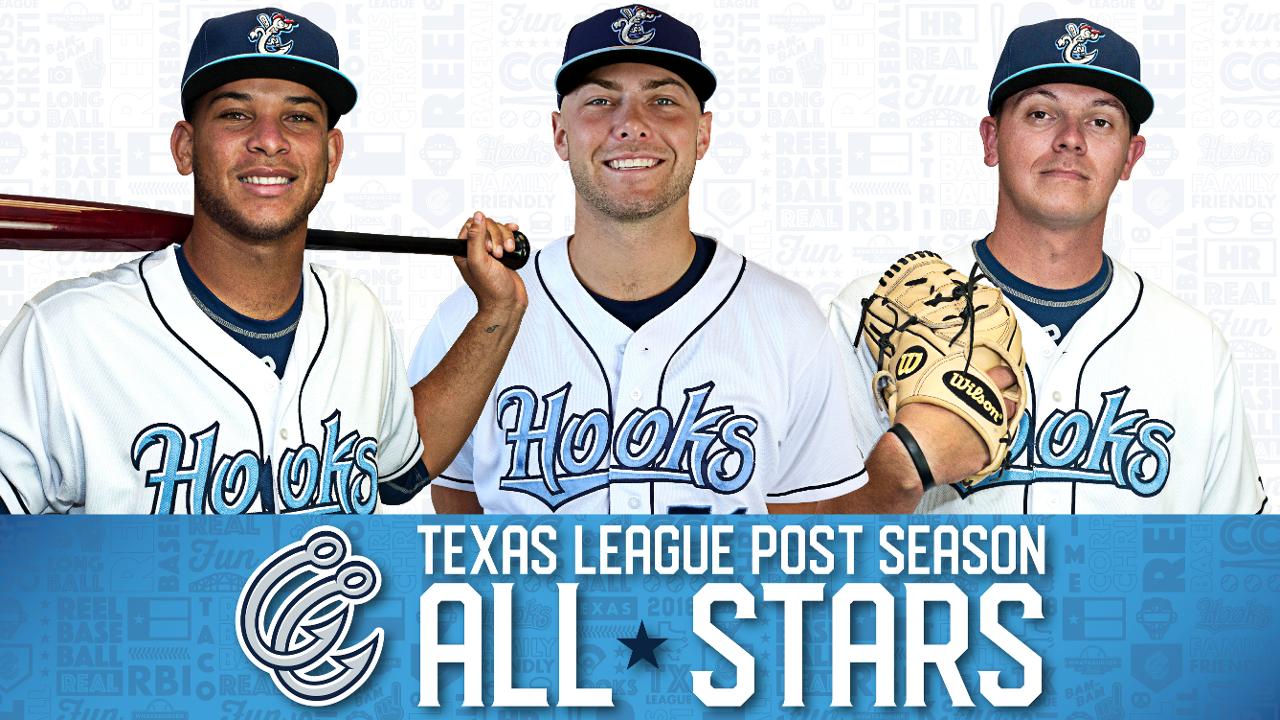 Hartman, who is scheduled to start tonight in Frisco, is 10-4 with a 2.75 ERA in 24 games (17 starts) for the Hooks this year. The lefty from Anaheim, CA is currently tied with TL Pitcher of the Year Logan Allen for the league lead in ERA. Hartman has the most strikeouts in the loop with 134, and he slots second in wins, opponent batting average (.239), and WHIP (1.10). His .714 winning percentage tops all league pitchers.

Hartman is a win away from matching Kyle Westwood, Sergio Perez, and Josh Miller for third on the Hooks' single-season list. Hartman's 134 strikeouts are the second-most by a Corpus Christi pitcher in a single campaign. Jason Hirsh struck out 165 en route to 2005 Texas League Pitcher of the Year honors.

Hartman was named TL Pitcher of the Week after hurling 7.0 innings of one-hit shutout ball June 20 at San Antonio. A ninth-round pick out of Tennessee Wesleyan in 2016, the 24-year-old has struck out a career-best 11 batters twice this season.

Martin, selected by Houston in the second round of the 2017 draft out of Texas A&M, stands 7-2 with a 2.78 ERA and .216 batting average against in 20 Corpus Christi assignments (17 starts). After a rocky Double-A debut, the 22-year-old right-hander has won seven of eight decisions while compiling a 2.23 ERA.

Martin carried a perfect game into the seventh inning July 31 vs. San Antonio. He retired 21 of 22 batters faced on the evening. The Hempstead native excelled at Whataburger Field this year, going 5-0 with a 1.87 ERA, .189 opponent batting average, and a strikeout rate of 9.5 per 9 innings pitched.

Cesar established a new Texas League record by hitting safely in 42 consecutive games from May 5 to June 28. During the streak, the 23-year-old out Santo Domingo, DR batted .391 with 12 doubles, two triples, eight home runs, and 30 RBIs. The previous league record for longest hit streak was 37 games, set by El Paso's Bobby Trevino in 1969.

Only 13 players in the 151-year history of Minor League Baseball boast a longer hit streak than Cesar.

The two-time Texas League Player of the Week owned the best first-half batting average in the circuit at .349. During the month of May, Cesar hit .385 with six home runs, 24 RBIs, and a 1.027 OPS.