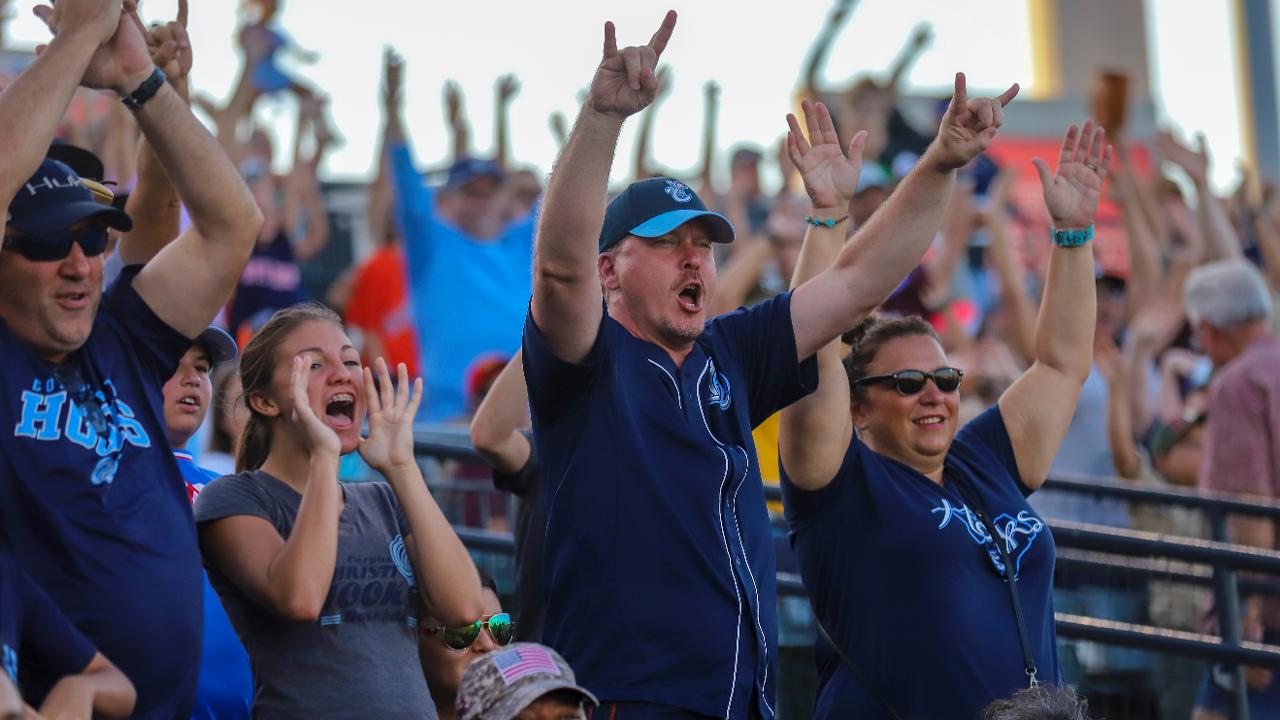 In a season that included seven walk-off hits, home run and srikeout records, viral plays and heartwarming moments, these are the 10 best things we saw from the Hooks in 2019:

In a year when seven Hooks hitters tallied double-digit home run totals, it was late season call-up Jonathan Arauz who made franchise history when he swatted Corpus Christi's 159th homer of the year on August 30 versus Tulsa, breaking the previous mark set in 2013.

The Hooks finished with 163 home runs, which would have set a Texas League record had the Drillers not launched 169 of their own.

This game-tying Jonathan Arauz shot gives us 159 dingers on the season, breaking the previous mark from 2013! pic.twitter.com/sM4GhA6F2f

Hooks infielder Anibal Sierra had a hand in 32 double plays in 2019, but none were more impressive than his leaping grab in extra innings versus Amarillo on May 11. With no outs and two on, the shortstop Sierra perfectly timed a soft line drive to jump, make the catch and flip the ball with his glove to teammate Osvaldo Duarte to turn the dazzling DP.

The Hooks went on to win, 2-1, on a Carmen Benedetti RBI single in the bottom of the 10th and Sierra's play was featured on SportsCenter's Top 10 plays.

When Ken Schrom - one of the pioneers in bringing baseball back to Corpus Christi in 2003 - announced his plan to retire at the end of 2019, the Hooks quickly began scheming a day dedicated to their leader of 16 years.

On Sunday, September 1, flanked by family, friends and baseball colleagues, it was proclaimed Ken Schrom Day by the City of Corpus Christi. The Hooks also officially named the area outside the ballpark entrance "Ken Schrom Plaza," with his family presenting a replica of the plaque that will stand at Whataburger Field for generations to come.

Trailing 4-3 in the 11th on May 23 versus Frisco, walking highlight reel Chas McCormick blasted a walk-off two-run tater off the cotton press in left field for a dramatic 5-4 victory.

McCormick later claimed it was the first walk-off hit - let alone home run - he's hit at any level in his career.

The Blue Ghosts can't be sunk!@Chazzyfizz hit a 411-foot MISSILE to give us a 5-4 win in extras. pic.twitter.com/g82kvZVKce

6. An Emotional Homecoming at Whataburger Field

These moments are always the most special.

Navy Lt. Cmdr. Ken Dalton surprised his wife and daughter, who threw out the first pitch on April 27, with his return to Corpus Christi after a year of being stationed in the Central African Republic capital city of Bangui.

After a year of being stationed in the Central African Republic capital city of Bangui, Gabriella and Alessandra couldn't believe the surprise.

We here at Whataburger Field thank you for your service! pic.twitter.com/8xgBtALXDz

Enoli Paredes was dominant at Whataburger Field in 2019, going 2-1 with a 1.72 ERA and 48 strikeouts in 31.1 innings over seven outings. But his start on July 5 against the RockHounds stood out among the rest as the 5-foot-11 righty fanned a career-high 12 batters over 6.0 no-hit innings.

Eight of Paredes' first nine outs came via strikeout as he only walked two in the contest. The Hooks went on to lose the game late, 3-1.

Speaking of strikeouts, nothing tops the August 17 performance versus Midland when Bryan Abreu, Cristian Javier and Andre Scrubb combined to whiff a club-record 19 batters in 9.0 innings.

Abreu fanned eight, Javier matched a career-high with 10 and Scrubb struck out Nate Mondou for the final out of a 3-2 victory.

Teamwork!#Astros prospects Bryan Abreu and Cristian Javier combined to pitch eight innings for @cchooks tonight, and they brought the 🔥.

It was the Hooks staff's second 19-strikeout ballgame of the year, the other coming May 11 against Amarillo in 10 innings. Brett Adcock, Colin McKee and Tyler Ivey teamed up in that 2-1 win.

The record-setting outing was an encapsulation of the Hooks' 1,453 strikeouts in 2019, a mark that smashed the Texas League record of 1,319 set by the 2018 Hooks and ranked fourth in all Minor League Baseball behind Advanced-A Rancho Cucamonga, Modesto and Fayetteville.

Thursday, June 20 was a momentous day in Hooks history as the they hosted the first-ever Phones-Free Game at the professional level. It also marked the beginning of a rehab assignment for Houston Astros star outfielder George Springer.

His two-homer, four-RBI performance wowed the crowd of 6,199 and led the Hooks to a 10-2 win over Springfield.

This entire list could be made of Chas McCormick sprawling, lunging and diving for big-time catches, but this one tops them all.

On May 6, McCormick made an over-the-wall catch at Tulsa's ONEOK Field, robbing the Drillers' Chris Parmelee of a two-run home run. At full speed, he leaped and crashed into the 4-foot-high wall in right field. The impact caused McCormick to flip over the fence, but he miraculously held onto the ball.

The play wound up No. 2 on that night's SportsCenter Top 10 plays and was featured on Twitter by Cut4, Minor League Baseball and Starting 9 among other outlets, garnering hundreds of thousands of views.

We weren't lying earlier when we called McCormick a walking highlight reel.

We're flipping out over this catch from @astros prospect Chas McCormick.

Lorenzo Quintana entered the Sunday, July 7 contest against Midland in the sixth inning as a replacement for catcher Chuckie Robinson, and Quintana made the most of his short afternoon.

The 30-year-old Cuban's first at-bat came in the eighth inning with the Hooks trailing 2-0 until he smacked a solo homer to left off John Gorman. Ronnie Dawson later hit the game-tying home run.

But Quintana's wasn't done yet with his heroics. After Gorman loaded the bases to begin the bottom of the ninth, Quintana made him pay by crushing a walk-off grand slam for a 6-2 Hooks win. Quintana's final line: 2-for-2, two home runs, five RBIs. It was the second of a club-record three grand slam's he hit in an eight-game span from July 3 to July 14 - another mark in a historic Hooks season.