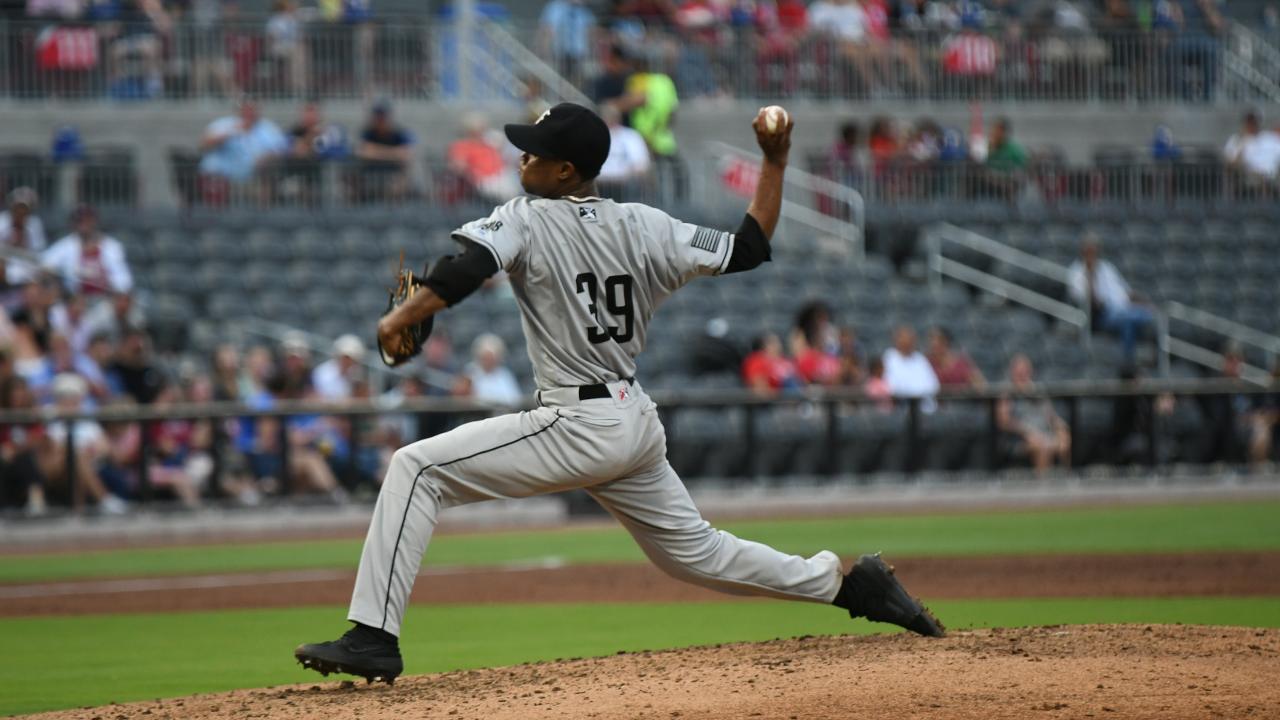 The Fayetteville Woodpeckers mustered up just three hits in a game four loss to the Wilmington Blue Rocks at Segra Stadium. Jojanse Torres tossed six innings of one run ball, while JP France and Yeremi Caballos combined to allow just three hits in relief, but the solid mound performances were not enough. Austin Cox had a no hitter going into the sixth inning as the Fayetteville offense was shutout for the second time in the post season. The Woodpeckers have one more shot to take home the Mills Cup title tomorrow night in a winner take all contest at Segra Stadium.

Jojanse Torres started his day on the mound for Fayetteville by striking out two and forcing a pop up to end a scoreless frame. Offensively the Woodpeckers drew a leadoff walk thanks to Jeremy Pena, with the runner advancing to third off two groundouts. However, Blue Rocks starter Austin Cox fanned Chandler Taylor to end the inning and leave Pena stranded 90 feet away from home. Torres retired the first two batters he faced in the top of the second, but then MJ Melendez stepped to the plate and slapped a home run over the right field wall. It was RBI number 5 for the Wilmington catcher in the post season and also put the Blue Rocks up 1-0 early in the contest. Torres immediately walked Nick Pratto after the shot, but ended the frame when Jeremy Pena made a leaping catch at shortstop to retire Cristian Perez.

The Fayetteville starter did not allow another hit until there was one away in the top of the fifth. It was Cristian Perez who sliced a single to left field, moving to third when Colby Schultz smacked a base hit the opposite way. With two runners on for the first time and a sacrifice fly in play, Kyle Isbel skied a ball into left field that Marty Costes caught. The Fayetteville outfielder then immediately fired a rocket home that beat out Perez trying to tally, Michael Papierski tagged the runner out and the 7-2 twin killing ended the frame with Wilmington still up just one.

After the leadoff walk to start the game Austin Cox retired 13 straight Fayetteville batters, earning four strikeouts in the span. The Woodpeckers did not earn another base runner until the bottom of the fifth when Miguelangel Sierra drew a one out free pass. Sierra moved to second on a wild pitch that slipped behind Melendez while Papierski was at the plate.   Cox, however, eventually caught Papierski looking and retired Ruben Castro 4-3 to end the frame and continue his no hitter on the mound.

The Woodpeckers finally got a hit in the bottom of the sixth as it was Pena who laced a single into left field with one away. Cox then retired Cal Stevenson, but then walked Marty Costes to put two Woodpeckers on the base paths for the first time on the night. With the tying run in scoring position, the Blue Rocks starter locked in, fanning Chandler Taylor to end the inning and continue the shutout.

JP France made his first appearance in the playoffs on the mound for Fayetteville, replacing Torres in the top of the seventh. The Woodpeckers reliever sent down the first two batters he faced, but then gave up a single to Nick Pratto and walk to Cristian Perez.   France seemed unfazed, sending down Schultz to keep his first inning of work scoreless. In the top of the eighth France one again tossed a two out walk, but a 2-6 caught stealing eliminated Tyler Hill from the base paths and ended the frame with the Woodpeckers still trailing 1-0.

Andrew Beckwith and Josh Dye combined in the pitch one hitless frame apiece, in fact Dye fanned the side in the bottom of the eighth to send the game into the ninth with Fayetteville in need of a walk off.   First though Fayetteville had to stop the Wilmington offense from tacking on any insurance runs. Still on the hill, France saw an infield single put Kyle Kasser on with the runner moving to second thanks to Ricky Aracena's sacrifice bunt. France then walked Melendez with just one away, so Fayetteville made a pitching change sending out Yeremi Ceballos. The lefty immediately got Nick Pratto to knock into a potential double play, but a throw from Pena to first was too low so the Woodpeckers no had to settle for a fielder's choice with Kasser now at third. Cristian Perez stepped up to the plate and sliced a single to left field, that tallied Kasser and made extended Wilmington's lead to two. With still two runners on, the Fayetteville reliever fanned Schultz to end the frame, but the Woodpeckers found themselves in need of three runs to walk off at Segra Stadium.

Cal Stevenson and Marty Costes went down quickly against Josh Dye, but after Chandler Taylor ripped a single to right field the Blue Rocks made a pitching change.   Wilmington sent out Tad Ratliff, who David Hensley then moved the runner to third on a crushed double to the left field corner. With the tying run now in scoring position the Miguelangel Sierra swiftly tapped the first pitch he saw back to the bag for a 1-3 putout that ended the game. The loss sets up a winner takes all game five tomorrow at Segra Stadium. Wilmington and Fayetteville face off for all the marbles at 6:00pm Saturday night.

The Fayetteville Woodpeckers are the Advanced Single-A affiliate of the 2017 World Champion Houston Astros and play in their Inaugural Season at beautiful Segra Stadium in downtown Fayetteville. Segra Stadium, a $40 million state-of-the-art sports and entertainment venue, features space for over 5,200 fans, natural grass, a 25x70 LED video scoreboard, six luxury suites, four field boxes, the premium AEVEX Veterans Club level, Healy's Bar and outdoor party deck, a kid's zone, and more. With a rich history of baseball in the city of Fayetteville and Cumberland County, the Woodpeckers are thrilled to write a new chapter with their inaugural campaign on Hay Street. Fans are encouraged to visit FayettevilleWoodpeckers.com to purchase tickets, learn more about the team, and find out about upcoming events and promotions at the ballpark. Fans may also reach the Woodpeckers by visiting the BB&T Box Office in front of Segra Stadium, calling (910) 339-1989, or emailing woodpeckers@Astros.com.