Fresno improves to 94-63 all-time vs. Albuquerque 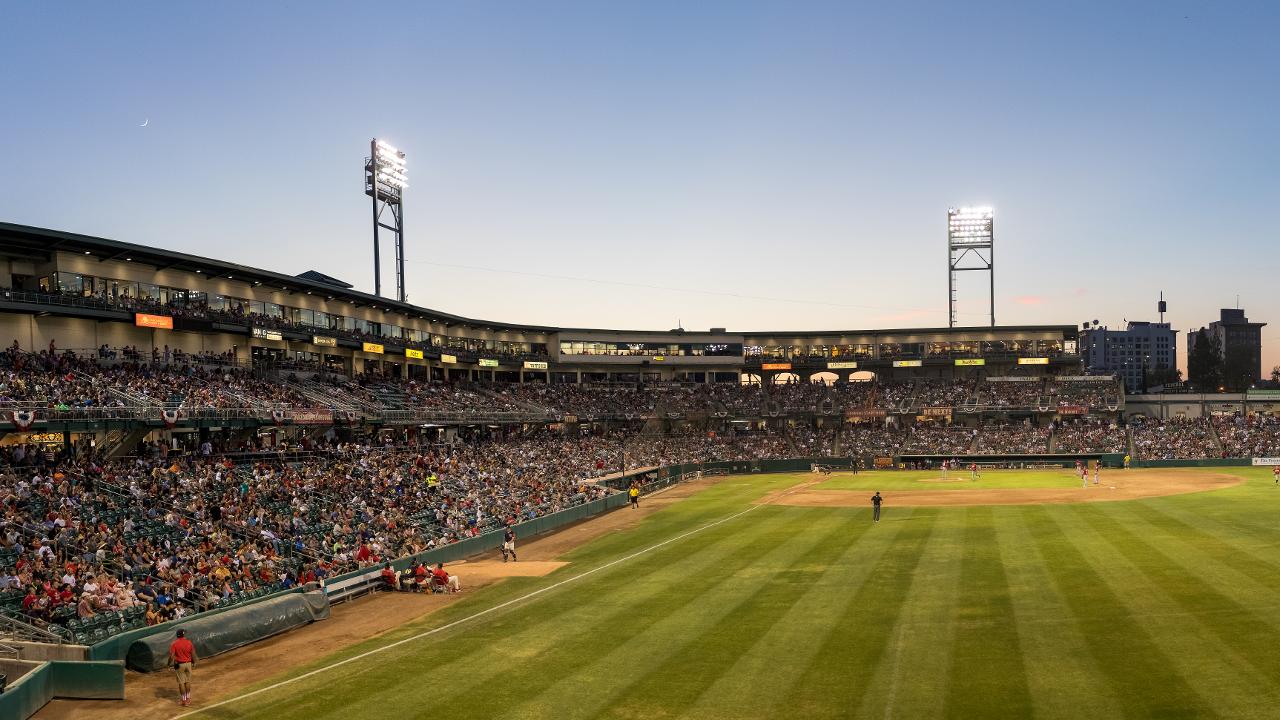 Fresno, CA (Friday, August 30) - Three home runs by the Fresno Grizzlies (62-75) wowed a crowd of 12,812 on Friday night at Chukchansi Park, and carried the home side to a 6-5 victory in the series-opener against the Albuquerque Isotopes (60-77). The Grizzlies have now hit 202 homers this season, setting a new franchise record; the 2017 club went deep 200 times.

The teams traded home runs in the first inning. A Roberto Ramos two-run shot staked the Isotopes to a 2-0 lead, before Wilmer Difo led the game with a solo shot for Fresno. A Brandon Snyder bases loaded sac fly later in the inning tied the game 2-2.

Still tied in the fourth, the single-season club homer record was broken when Raudy Read hit a two-run shot to right field after Yadiel Hernandez extended his current club-high hit streak to nine games with a single. Snyder followed with an opposite field blast to left to make the score 5-2, marking the seventh time in 2019 the Grizzlies have gone back-to-back. It was the fourth time Snyder had been involved in back-to-back homers this season. With 32 and 31 home runs respectively, Hernandez and Snyder trail only Pedro Feliz (33, 2000) and A.J. Reed (34, 2017) on Fresno's Triple-A single-season homer list.

Read, who has hit safely in eight of nine games, rapped an RBI single in fifth inning for Fresno's sixth and final run, which proved to be the game-winning knock. Read reached base four times on Friday with three hits (20th homer, double) and a walk.

Albuquerque rallied with home runs by Brian Mundell (2-run) in the eighth and Todd Czinege (pinch hit, solo) in the ninth, but the Grizzlies improved to 12-8 in one-run games at home this season. Fresno also improved to 13-6 this year when Scott Copeland starts, and the Grizz won his final four outings of 2019. The right-hander twirled a quality start (7.0 IP, 2 ER).

Only three games remain in the 2019 season through the long weekend, with the Isotopes in town through Monday (Labor Day, 1:05 p.m. first pitch). Fresno has won six of eight, and is enjoying a 4-1 homestand so far.

ON THAT FRES-NOTE: Friday's crowd of 12,812 at Chukchansi Park was the third-largest of 2019, and the sixth crowd of over 10,000 for Grizzlies baseball in Downtown Fresno this season.