Michael Tejera will join the staff as the team's pitching coach 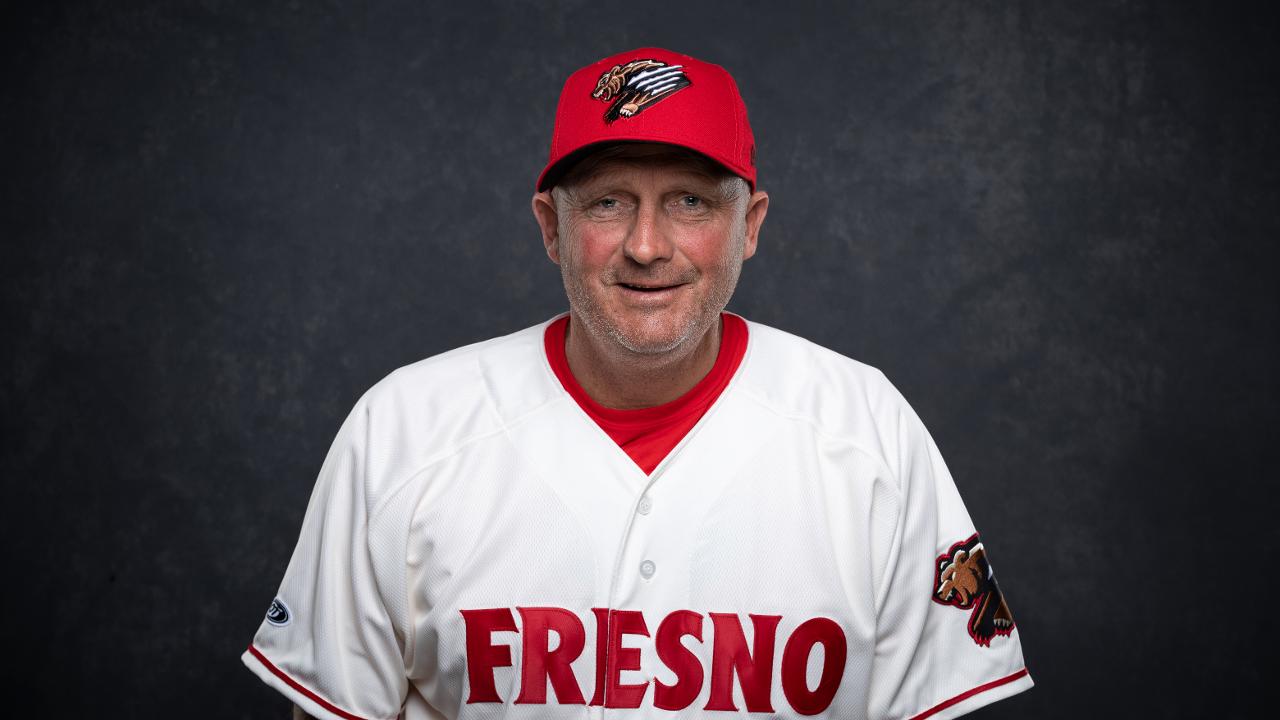 FRESNO, Calif. - The Fresno Grizzlies and Washington Nationals have announced the Fresno field staff for the 2020 season with one new face in the Grizzlies dugout. Manager Randy Knorr will once again pilot the team after finishing 65-75 last season. Assuming the same roles in 2020 as well are hitting coach Brian Daubach, athletic trainer Eric Montague and strength and conditioning coach Mike Warren. The new pitching coach is Michael Tejera, who moves up from Double-A Harrisburg. He takes over for Brad Holman, who will fill the role of minor league pitching coordinator for the Nationals.

Randy Knorr, Manager: A veteran of 11 MLB seasons as a player, Randy Knorr turned pro after being selected in the 10th round of the 1986 First Year Player Draft out of high school in Baldwin Park, California, by the Toronto Blue Jays. After making his Major League debut in 1991 for Toronto, Knorr caught 47 games for a pair of World Series-winning clubs between 1992 and 1993, remaining with the Toronto organization through the 1995 season. He would also appear in the Majors for the Houston Astros (1996-1997, 1999), Florida Marlins (1998), Texas Rangers (2000) and Montreal Expos (2001), prior to his retirement as a player following the 2004 season. Knorr played his final three seasons in Triple-A with Montreal for Ottawa of the International League (2002) and Edmonton (2003-2004) of the Pacific Coast League, before remaining with the organization as a minor league manager as MLB operations shifted from Montreal to Washington, D.C. Knorr appeared in 1,423 games as a 19-year-professional, including 253 games in the big leagues.

Brian Daubach, Hitting Coach: Entering his 10th season as a coach with the Washington Nationals organization, former Major League first baseman Brian Daubach will instruct the organization's Triple-A hitters for a fifth-consecutive season. Daubach played in 661 MLB games over eight seasons for the Florida Marlins (1998), Boston Red Sox (1999-2002, 2004), Chicago White Sox (2003) and New York Mets (2005), and suited up for 1,235 additional minor league games during a 17-year playing career (1990-2006). Daubach was selected in the 17th round of the 1990 First Year Player Draft out of high school in Belleville, Illinois, and makes for a total of four World Series rings on the 2020 Fresno Grizzlies coaching staff. Daubach was a member of the 2004 Red Sox, Knorr secured hardware with the 1992 and 1993 Toronto Blue Jays while Michael Tejera won one with the 2003 Florida Marlins.

Eric Montague, Athletic Trainer:  Eric Montague enters his third season as head athletic trainer for the Triple-A Nationals, first assuming that post in 2018 with Syracuse. Montague is in his 22nd season in professional baseball, and his eighth with the Washington Nationals, spending the previous four seasons (2014-2017) as head trainer at Double-A Harrisburg (Eastern League). Prior to first joining Washington for the 2013 season at A-Advanced Potomac (Carolina League), Montague spent 10 seasons as a minor league athletic trainer with the Houston Astros, including two seasons with Double-A Corpus Christi (Texas League) in 2011 and 2012. He first worked in baseball for the New York Mets from 1998 through 2001. A graduate of Mississippi State University, Montague served as a student trainer for the MSU athletic department while earning a B.S. in fitness.

Mike Warren, Strength and Conditioning Coach:  Mike Warren enters his 10th season with the Washington Nationals organization, and his sixth leading the strength and conditioning program at the Triple-A level. Warren was the strength and conditioning coach for Syracuse from 2015-2018, and A-Advanced Potomac for the four prior seasons. He earned his bachelor's degree from Kansas Wesleyan University, where he played baseball for the NAIA program. In the offseason he resides in Norman, Oklahoma with his wife Torrie, and their sons Maddux and Henry.

Michael Tejera, Pitching Coach: Michael Tejera enters his 10th season as a pitching coach in the Nationals organization and first with the Grizzlies. For the last two seasons, Tejera led the pitching staff at Double-A Harrisburg. Prior to his time with the Senators, Tejera spent seven seasons in the Gulf Coast League. He was selected to be the pitching coach for the Mesa Solar Sox in the Arizona Fall League after the 2017 season. Tejera spent parts of six seasons in the major leagues, four with the Marlins and two with the Rangers. Most notable, Tejera appeared in the 2003 playoffs for the Florida Marlins, both against the Chicago Cubs in the NLCS. The Marlins would go on to win the World Series that season. Tejera also pitched for the Grizzlies in 2006, appearing in 35 games and finishing with an 8-5 record. The lefty struck out 81 batters over 111 innings. He is originally from Cuba having defected in 1994 as a 17-year-old. Tejera currently lives in Miami, Florida with his wife Michelle and their two children.

The Fresno Grizzlies home opener is slated for Tuesday, April 14, at 6:50 p.m. against the Reno Aces.

ABOUT THE FRESNO GRIZZLIES
The Fresno Grizzlies, Triple-A affiliate of the 2019 World Series Champion Washington Nationals, are a member of the 16-team Pacific Coast League (PCL) and one of 30 clubs in the world playing the highest level of Minor League Baseball. The team plays at Chukchansi Park in Downtown Fresno, which is also a year-round community venue, hosting a myriad of other special events beyond Grizzlies' games, such as concerts, festivals, high school baseball and over 100 non-profit community events every year. The Grizzlies enter the 2020 season - their 23rd in Fresno - on the momentum of the fifth championship in 10 years by their big-league affiliate. The team celebrated their own PCL title in 2015.