Jacob Wilson named PCL Player of The Week (May 6-12)

Fresno Grizzlies' infielder is currently on a 10-game hit streak 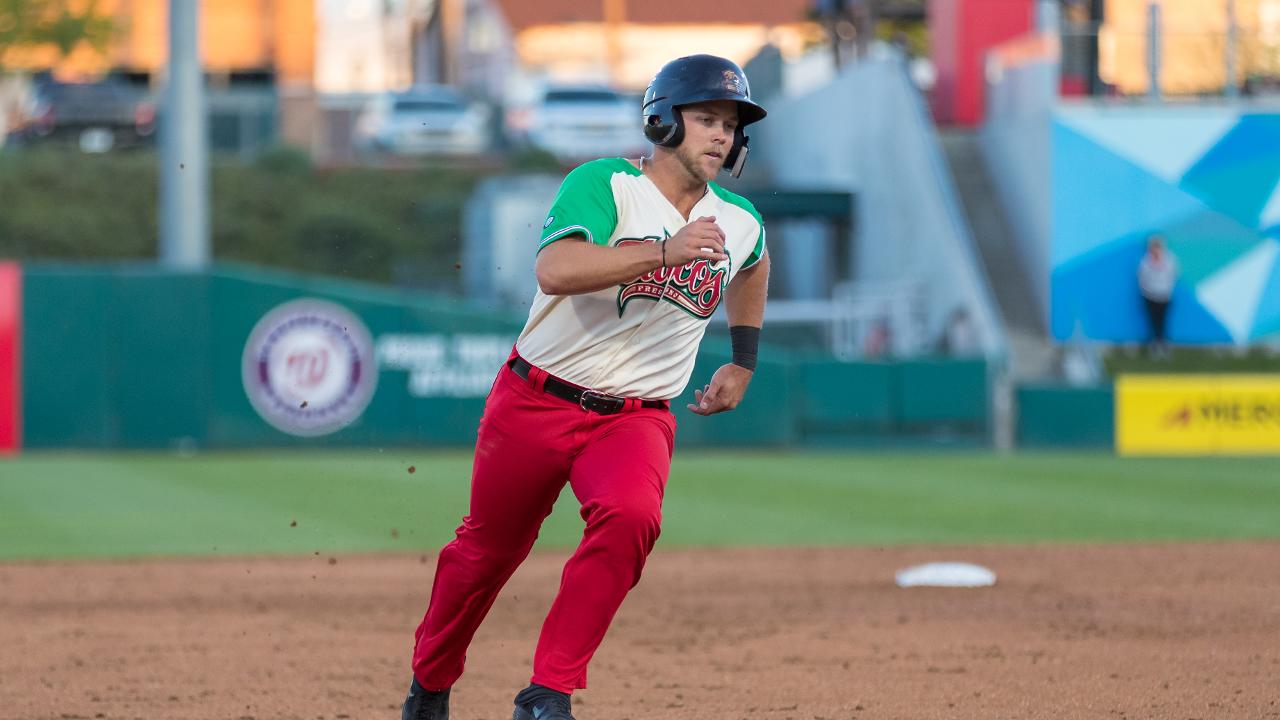 Fresno Grizzlies infielder Jacob Wilson has been selected as Pacific Coast League Player of the Week for the period of May 6-12, as chosen by the PCL office.

Wilson has hit safely in 10 consecutive games (May 3-12), including each outing of Fresno's recent eight-game road trip.  During the current club-high streak, he is 18-for-39 (.462), with two homers, eight extra-base hits, 11 RBI, nine walks and eight runs scored.

The Tennessee native enjoyed four multi-hit games during the past week, including three hits and a home run on May 7 at Sacramento.  Wilson went deep for a second time in the series against the River Cats on May 10, a solo blast in the series finale.

Wilson currently boasts a top five ranking in several PCL offensive categories.  He is tied for third in both hits (45) and home runs (12).  His 39 RBI and .723 slugging percentage also rank third in the league.  Wilson is fourth on the circuit with a 1.154 OPS.  On the season, he's recorded 14 multi-hit and 10 multi-RBI games.

The University of Memphis product is in his eighth professional season and his second with the Washington Nationals after being selected from the St. Louis Cardinals during the 2017 Rule 5 Draft.  Wilson is three home runs away from 100 for his career.  This is his third Player of the Week honor and his first since 2014 at Double-A Springfield (St. Louis).