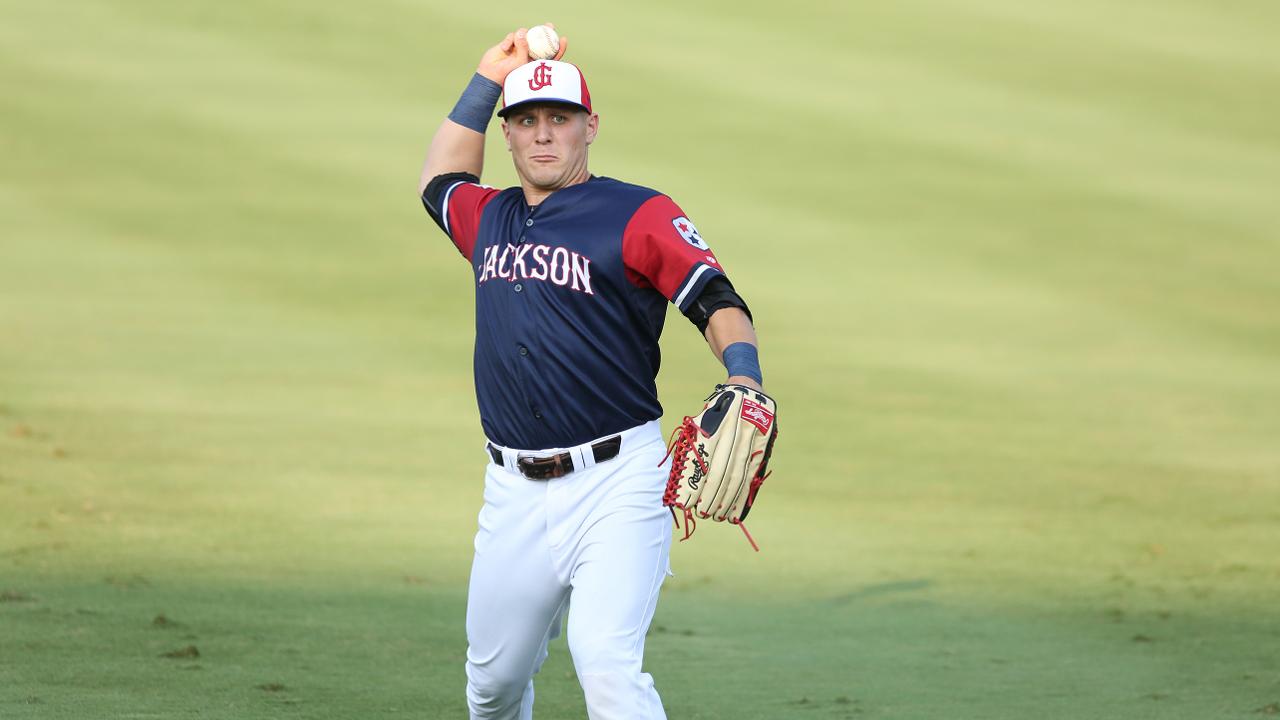 Jackson, Tenn. - The Jackson Generals, the Double-A affiliate of Major League Baseball's Arizona Diamondbacks, fell behind early on Saturday and couldn't recover, stifled offensively in a 4-2 Biloxi Shuckers win at The Ballpark at Jackson.

Luis Aviles Jr. led off the game for Biloxi with a double against Jackson's Bo Takahashi (0-1, 4.50 ERA), and it appeared three batters later that he would remain stranded. However, Aviles scored when the third strike to Weston Wilson skipped through the legs of Jackson catcher Renae Martinez and went to the backstop, allowing Wilson to reach base with the Shuckers taking a 1-0 lead. Biloxi made the lead 2-0 in the third inning when Cooper Hummel earned a two-out walk, stole second base, and scored on an RBI single by Mario Feliciano. The Generals got a run back when Daulton Varsho doubled home Galli Cribbs Jr. in the third inning, but another Biloxi run would score in the fourth, as Jake Gatewood smashed a 402-foot homer to left field to make the lead 3-1. Takahashi exited after four innings and three runs allowed (two earned) on four hits, striking out three men while allowing the lone walk to Hummel.

The Generals missed an opportunity in the fourth inning when pinch hitter L.T. Tolbert, batting in place of Takahashi, struck out with the bases loaded. Biloxi added another run in the fifth inning when an RBI single by Bruce Caldwell brought in Feliciano for a 4-1 lead, their largest advantage since a four-run lead in Game 1. Jackson came back with a run in the bottom of the fifth when Ben DeLuzio scored on a passed ball, but the Jackson offense finished just 1-for-8 with men in scoring position.

Daulton Varsho was the only General to collect multiple hits on the evening, going 2-for-3 with an RBI and a walk in a four-hit effort for the Jackson offense. The Jackson franchise last played in a winner-take-all Game 5 for the Southern League title in 2000, when the West Tenn Diamond Jaxx defeated Jacksonville for their first championship in franchise history.

For the second year in a row, the Generals are playing for a Southern League title! The Generals have earned their way back into the Southern League Championship Series, and the winner-take-all Game 5 is set for Sunday, September 15 at 6:05 p.m. CT. Buy your tickets through the box office at The Ballpark at Jackson in person, by calling 731.988.5299, or online through JacksonGeneralsBaseball.com!